KAMPALA - In an effort to curb the misuse of drugs in the city, Kampala Capital City Authority (KCCA) has destroyed shisha equipment worth sh300m.

Shisha is mainly made up of tobacco, fruit pulp, and molasses from sugarcane, honey and other things depending on the brand.

The authority confiscated 1,500 shisha pots each worth sh200,000 on market. These were destroyed using a grader that crushed them into pieces at the Nakawa Division headquarters.

While overseeing the exercise, the state minister for Kampala Metropolitan Affairs Benna Namugwanya said all operations were carried out in line with the Narcotic Drugs & Psychotropic Substance (control) Act.

"90% of the cases at Butabika hospital are a result of smoking tobacco, marijuana and other toxic material in the country," she said.

She said as a result of smoking, many women get miscarriages while others produce children with health-related problems. 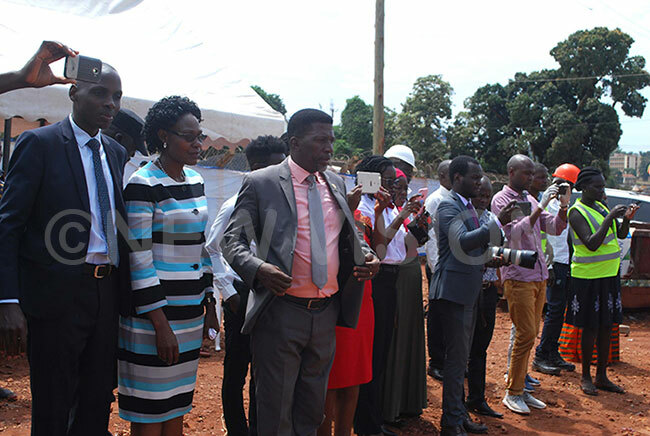 Namugwanya said they have realised that students are also engaging in the misuse of drugs especially ‘kuba' that they carry to schools.

"Boys hide drugs in powdered milk tins and girls hide them in pads to prevent teachers from seeing them at school," she further explained.

She urged parents and school managers to caution children on bad peer pressure adding that it is the reason why many youth end up using drugs.

Nakawa division mayor Ronald Balimwezo said many young people that would develop the country have run mad as a result of the misuse of drugs.

Balimwezo said there is a need to amend the Narcotic Drugs & Psychotropic Substance (control) Act as the current one makes it hard to bring suspects to book.

"We usually arrest people selling drugs to people in Nakawa, however police requires us to take the substance to laboratories to prove they are drugs in order to take suspects to the court which takes time," he said.

He said misuse of these drugs has resulted in crimes in societies like rape, defilement, theft among others.