Govt to build centres for infectious diseases
Next Story

The policy addresses five priorities, which are intoxication, public safety, health impacts, availability of alcohol and research into the use and abuse of alcohol

The policy addresses five priorities, which are intoxication, public safety, health impacts, availability of alcohol and research into the use and abuse of alcohol

The government has approved the National Alcohol Control Policy that seeks to curb alcohol abuse in the country.

However, although the policy moots the idea of regulating time during which alcohol cannot be sold, it does not explicitly state the time, leaving it to the relevant authorities to set it out in subsequent regulations.

Dr Hafsah Lukwago, the acting commissioner in charge of mental health and substance abuse in Ministry of Health, told the New Vision on Tuesday that issues concerning time will be highlighted in the Alcohol Control Bill that will soon be tabled before Parliament.

"This is a policy and all other issues will be made clear in the Bill," Lukwago told New Vision in a telephone interview.

The policy addresses five priorities, which are intoxication, public safety, health impacts, availability of alcohol and research into the use and abuse of alcohol.

To fight drink-driving, which is one of the major causes of road accidents, the policy requires the government to increase random breath-testing checkpoints for drivers. It also suggests the suspension of driving licenses for offenders.

While addressing the press at the Uganda Media Centre in Kampala, Suubi Kiwanuka, an official at the Centre told journalists "that the policy was approved with the main objective of raising community awareness about the degree and determinants of the health, social, and economic problems associated with harmful use of alcohol." 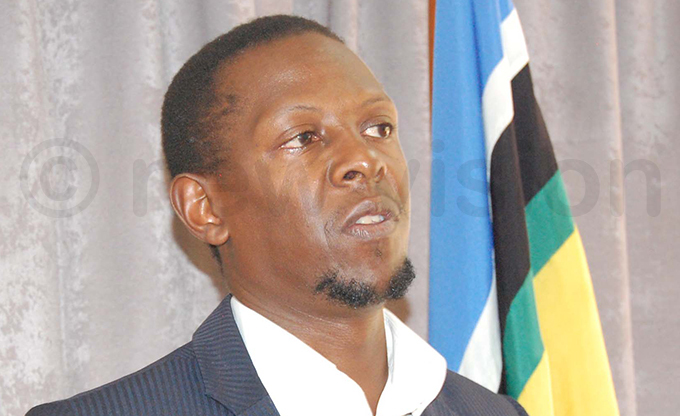 Uganda Media Centre's Ssubi Kiwanuka addressing the media during a cabinet briefing at the Centre. Photo by Sylvia Katushabe

The framers of the new policy have noted that individuals who take alcohol are sensitive to prices changes.

The government intends to exploit this by making sure that liquor of all types is more expensive than ordinary beverages.

Under the new policy, the government intends to regularly review the prices of different alcoholic drinks in light of inflation to ensure that liquor is not cheap at any time.

In detail, the policy puts out interventions to reduce the sale of alcohol to minors. It advises that alcohol commercials be monitored and that promotions that encourage binge drinking to be banned.

It also calls for the establishment of awareness campaigns that target young people.

The policy is made to strengthen coordination and partnerships among stakeholders, Kiwanuka said.

This is going to increase the mobilisation of resources required for appropriate and concerted action to prevent harmful uses of alcohol.