Chris Rwakasisi is a former minister of security in the Dr. Apollo Milton Obote regime.

Chris Rwakasisi is a former minister of security in the Dr. Apollo Milton Obote regime.

KAMPALA - Ten years since he pardoned former Uganda People's Congress (UPC) stalwart Chris Rwakasisi, President Yoweri Museveni has come out to explain why he pardoned a man many political pundits said was at the helm of ‘monstrous' acts against the National Resistance Army/Movement.

Speaking on Monday to 55, 000 pastors across the country at Lugogo Cricket Oval in Kampala, Museveni said his communion with God saved Rwakasisi from the jaws of death.

"I normally pray," he said.

"There was a man who was in UPC, Rwakasisi. He had been condemned to death and they brought the death warrant for me to sign. So, I went to my small office, and I said, 'Now God, you guide me', and something told me that ‘No, you spare him'.

"So, don't overburden yourselves by trying to do things alone. When you get into some situations, you call the Lord, He will help you," Museveni said.

The pastors were invited from all districts of Uganda by Pastor Robert Kayanja of Rubaga-based Miracle Centre.


RELATED: Lokodo proposal on pastors to be discussed - Museveni 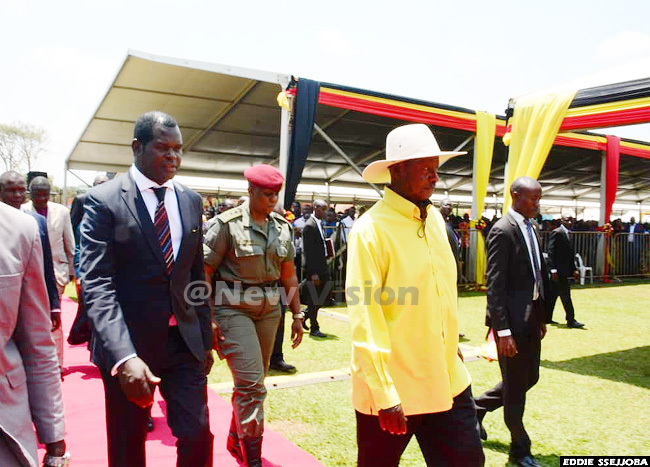 Museveni met the pastors on Monday in Kampala

Bishop Joshua Lwere, who is the General Overseer of the National Fellowship of Born-Again Pentecostal Churches of Uganda, the Presiding Apostle of the Born-Again Faith, Dr. Joseph Sserwadda and Pastor Simeon Kayiwa, were among the other prominent pastors that attended the meeting.

During the meeting, Museveni shared his personal relationship with God and deep knowledge of the Bible, even though he said he had taken long without attentive perusal of the book of God.

Rwakasisi and Brig. Ali Fadhul were released by Museveni in January 2009, after spending over 20 years in Luzira Maximum Prison.

Rwakasisi is a former minister of security in the Dr. Apollo Milton Obote regime while Fadhul served under Idi Amin's regime as a Simba Batallion commander in Mbarara. Rwakasisi was released by Museveni in January 2009

It was during his tenure as security minister that Rwakasisi, who has since become a Born-Again Christian, presided over the National Security Agency (NASA), which oversaw the operations against Museveni's NRA rebels, who waged a guerrilla war against Obote's government from 1981-1986 in the trenches of Luwero jungles.

After the fall of Obote II government, Rwakasisi was arrested during the 1985 coup by former President Gen. Tito Okello Lutwa.

On June 30, 1988, Museveni's government sentenced him to death following conviction on six counts of kidnap with intention to murder. 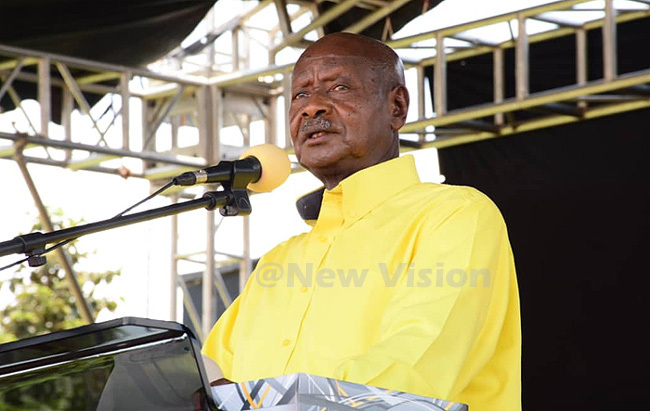 At the event in Lugogo, Museveni rallied pastors to help him elevate 68% of Ugandans that are wallowing in traditional agriculture by balancing their spiritual work with temporal activities.

Overcoming selfishness is the other vice that Museveni told pastors to avoid. "The Bible says, we shall know them by their fruits, not just what they say."

"As Christians what have you done with your talents? That is why I challenge you, and I am glad Pastor Kayanja and the other pastors like Pastor Lwere, and others whom I know, are now emphasising that Christians should be examples when it comes to wealth creation and the chasing away of poverty," he said, quoting from the Biblical saying that 'Let your light so shine amongst men that they see your good deeds and prays your Father who is in Heaven'.

The President said it does not augur well when a pastor or priest preaches in the village when his children are wearing rags and wallowing in poverty.

"My interpretation is that we need to be examples spiritually and in temporal matters," he said.

According to Museveni, his memory of the Bible is akin to that of a computer due to the fact that during his primary days, Biblical teachings were part of the syllabus.

Like the puritans fought poverty in the US, Germany and Holland, Museveni said pastors and other religious leaders in the country need to be examples in the fight against poverty.

"And I am ready to work with you to actualize that." 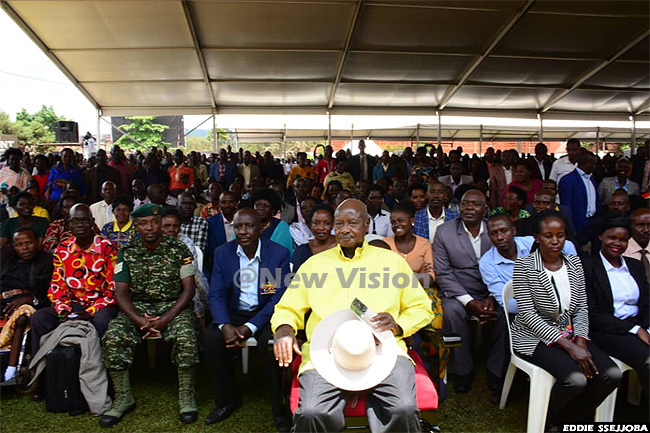 Over 50,000 pastors attended the meeting

On freedom of worship, Museveni said in the early days of NRM, there was a campaign against makeshift churches by Balokole (Born-Again Christians) by some of his friends, but he used his understanding of the Bible to solve the problem.

"Jesus said: ‘if he (the person who was imitating Jesus to cast out demons) is not against us, then he is with us. Leave him alone.' That is what I told my friends who were worried about Balokole," he said.

The President said the main goal for pastors now is to act as examples in fulfillment of Jesus' mission of going for the sinners and not the righteous.

Jesus, he added, was accused of hobnobbing with sinners, but He insisted He had come for the sinners and not the righteous.

"So, NRM didn't come for the rich, because the rich know what to do," Museveni said, citing the Madhvani empire, whom he said he found already at the towering end of his business.

"But the people who did not know what to do are the ones who were our burden.  According to the national population census, 68% of the populations are working for the stomach only and not money. So, since you live closely with them, I want you to help us with that transition of these people from traditional or subsistence farming." Museveni also cautioned pastors against going into full-blown war against traditional religion because majority of people are Christians or Muslims during day and visit shrines during the night.

"Don't condemn them, but interact and engage with them, and explain to them. This requires you to be patient."

Meanwhile, the President gave Pastor Kayanja an undisclosed amount of money, which he said, was a gesture of cows for the pastors to slaughter, because due to Foot-and-Mouth Disease, he could not physically transport the cows to the venue.

Think about us too, Luzira women ask Museveni

In pictures: Christians mark way of the Cross