'We are losing the race' on climate catast...
Next Story

Efforts to find a baby chimp's father at Ngamba

"We need a lot of support in terms of funds to subject all the 20 males to a DNA test."

Natasha and her baby at Ngamba. (Credit: Julius Luwemba)

"We need a lot of support in terms of funds to subject all the 20 males to a DNA test."

About three weeks ago, on September 3, the tourism and conservation world woke up to news of a newborn baby chimpanzee at Ngamba, bringing the total number of chimps at the sanctuary to 50.

The new addition to the chimp fraternity has yet to be named. It was mothered by Natasha, whose behaviour is only compared to socialite ladies.

According to Innocent Ampeire, the assistant sanctuary manager in charge of animal welfare, Natasha is a very popular chimp among the males at the sanctuary.

"She could copulate with several males and sometimes slept in the forest, refusing to return to her sleeping hood at the sanctuary," he said.

Dr. Joshua Rukundo is the acting executive director of Chimpanzee Sanctuary Wildlife Conservation Trust, which manages Ngamba island. He considers Natasha to be an intelligent chimp, who always found easier means of survival among other apes.

He said they were to carry out DNA tests to ascertain the father of Natasha's baby chimp. "We need a lot of support in terms of funds to subject all the 20 males to a DNA test," he said. 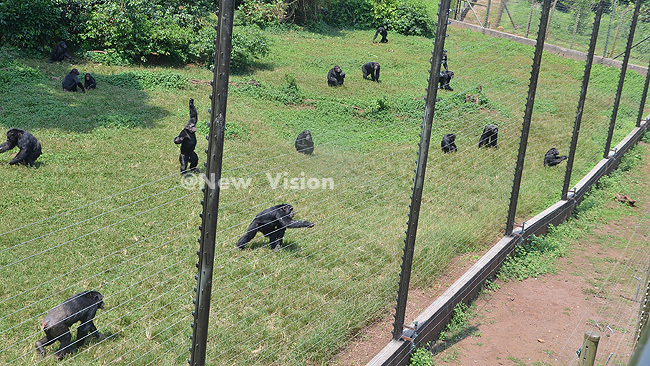 There are currently 50 chimps at Ngamba. (Credit: Julius Luwemba)

In the last 20 years, Ngamba Island has had four chimps born in captivity, namely: Kyewunyo, Ruparelia, Eazy and the most recent one - Natasha's baby.

Dr. Titus Mukungu said that because the sanctuary relies mostly on donations, there came a time when family planning implants were over, which left caretakers with one option: giving chimps family planning pills.

"Natasha is known to continue cycling even while on contraceptive implants, which made her more popular among males. During a time when we had run out of implants, we improvised with pills, thus we suspect that she dodged swallowing her tablet, which might have resulted into a pregnancy," explained Mukungu.

He said animals under captivity are not allowed to reproduce "and yet we cannot turn away any chimp".

In the meantime, mother and baby chimp are in good health. 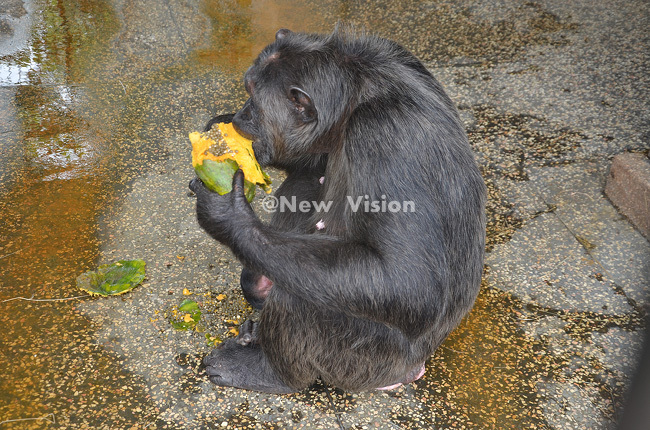 Natasha, who is estimated to have been born in 1990, was moved from Itwara National Forest Reserve in western Uganda after being rescued from Arua. She is among the first 19 chimpanzees to arrive at Ngamba on October 12, 1998.

In 2012, scientists and researchers ranked Natasha among the most intelligent chimpanzees of the time, according to UK's Daily Mail. Her ability to manipulate situations and communicate with others in her species left researchers astounded.

"Natasha is the latest primate prodigy to display human-like levels of intelligence," the UK media quoted Jill Pruetz, a biological anthropologist (then) at Lowa state University, as saying.

Meanwhile, conservationists and wild animal caretakers have been urged to grow food around animal sanctuaries to minimise feeding costs.

Planting fruits and vegetables to feed captive animals, for instance, is cheaper than buying the same food stuffs in the market, said Aziza Mohammed during her visit to Ngamba Chimpanzee Sanctuary on Tuesday. 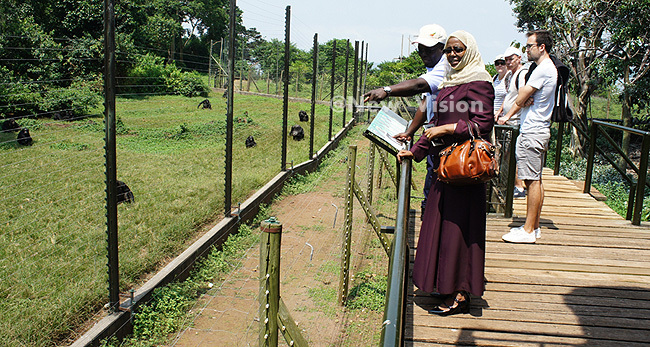 The new Ethiopan Airlines area manager for Uganda has an affection for wild animals and birds, and she pledged to support the sanctuary in raising orphaned chimps.

She visited the area only days into her placement.

Commenting on Mohammed's call, Rukundo said that once crops are grown in the sanctuary, it provokes chimps to escape over the fence to harvest that food, subsequently possibly attacking people.

"But it is part of our future plans to start up a bigger farm away from the sanctuary, where we can grow vegetables, fruits and other foods for chimps," he assured.

WHO warns over virus immunity