KAMPALA - The courts of law should not be undermined by other organs of government while executing its constitutional mandate, the Chief Justice Bart Katureebe has warned.

"The judiciary does not go to the street requesting people to file cases. If the constitution allows someone to apply for bail, the courts have to listen to it and make a decision. All organs of security should appreciate it," Katureebe said.

"You should respect judicial decisions whether you agree with it or not. The continued re-arrest of suspects freed by the court is the most unfortunate thing. State agencies should stop such impunity," Katureebe warned. 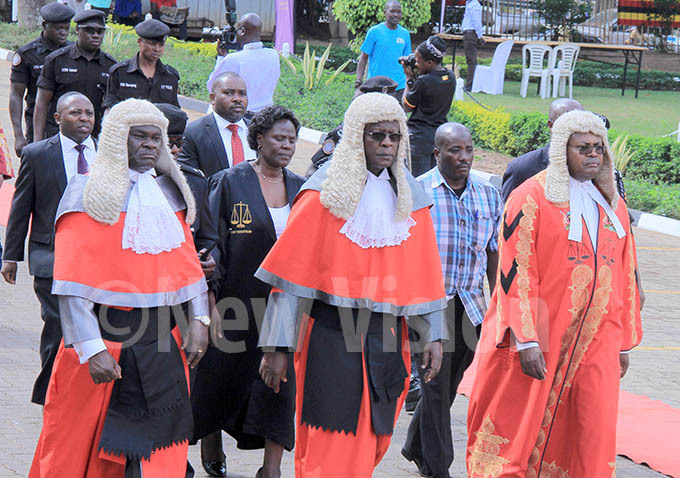 Katureebe also lashed out at Police spokesperson Fred Enanga for scorning judiciary when it condemned the manner in which former Police spokesperson Andrew Felix Kaweesi suspects were re-arrested at the Anti-Corruption Court in Kampala immediately after they were released on bail.

"I am happy that the Minister of Justice and Constitutional affairs Maj Gen. Kahinda Otafiire has promised to work on the matter because it is unacceptable. Criminals have to be arrested and face the law but it must be done within the provisions of the Constitution." Katureebe said

He tasked security organs, charged with the responsibility of keeping law and order, to execute their duties in accordance with the law.

He sounded the warning on Friday during the second memorial lecture of the first Chief Justice of Uganda, Benedicto Kiwanuka, who was killed in 1972 during Idi Amin's regime.

The lecture was celebrated under the theme "Benedicto Kiwanuka a quest for justice and rule of law."

Kiwanuka was abducted from the office of Chief Justice at Kampala High Court by former president Amin's security operatives.

According to former Democratic Party president general Paul Ssemwogerere, he was dragged to Makindye military barracks from where he was killed.  To date, Kiwanuka's burial grave is still unknown.

Katureebe also condemned illegal arrest and torture of suspects, who according to the law are presumed innocent until found guilty.

"We are mindful of people being arrested and taken to unlawful places. Detaining people in places not authorised by law is illegal," he said.

President Yoweri Museveni said Kiwanuka died for standing against dictatorship and bad governance of Amin.  The President's speech was read out to judicial officers and lawyers who gathered at High Court by his vice, Edward Ssekandi

"Kiwanuka memorial lecture gives us an opportunity not to take our history for granted and cherish milestone we have achieved since the National Resistance Movement (NRM) came into power in 1986," Museveni said.

The President lauded Judiciary for having initiated the memorial lecture to recognize Kiwanuka's achievements.

"Our focus over the years has been in ensuring peace, economic development and prosperity, which we have achieved," Museveni stated.

The President implored judicial officers to tackle the issue of case backlog, saying it delays justice. He pledged to support the judiciary in the administration of justice.

He also assured Ugandans on security, saying he will deal with insurgency and the incidence of criminal violence that have occurred in the country.

Otafiire said there is no one above the law but some state actors do not understand and appreciate the rule of law including some lawyers.

"We must understand our roles but you find people questioning the decision of court which are sacrosanct. I will liaise with security actors to ensure the rule of law is followed," he promised.

He added, "It is easy to get a man out of the ghetto but it is not easy to take the ghetto out of him," Otafiire said. 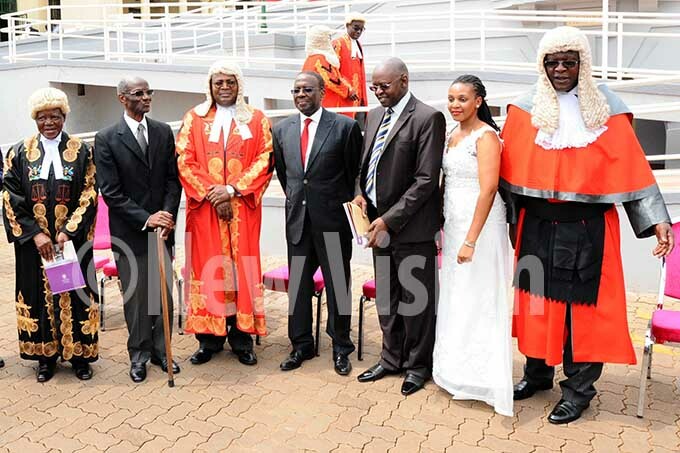 The Speaker of Parliament, Rebecca Kadaga called for a committee on the prerogative of mercy to be inaugurated, noting that there are so many prisoners who deserve amnesty but they do not get.

Stressing the need for selecting good leaders in forthcoming elections, Otafiire observed that Kiwanuka did not die because of a heart attack but bad leaders.

Former Kenyan Chief Justice Willy Mutunga implored Ugandan judges to adjudicate matters without fear because it is the only way the rule of law can be upheld.

"Kiwanuka did not die in vain that is why he is the only Chief Justice we are celebrating in Africa," he said.

Ssemwogerere urged judicial officers to desist from the vice of corruption if they want to take on Kiwanuka's legacy.

Gooseberries for a silky younger look