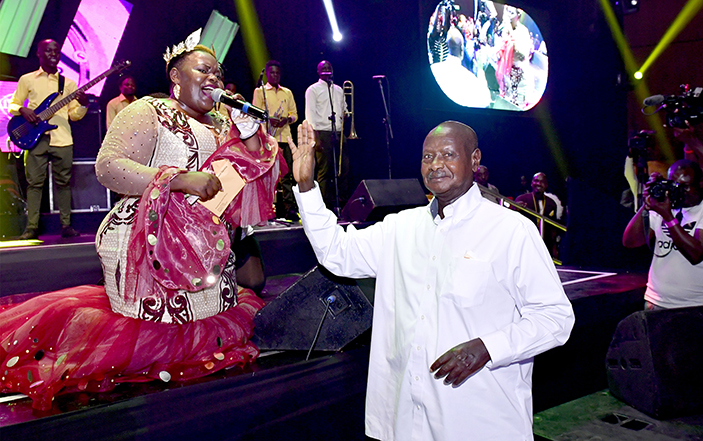 For an army general better known for laying strategies to win military battles, it is hard to believe that Gen. Yoweri Kaguta Museveni would love something as ordinary as music. 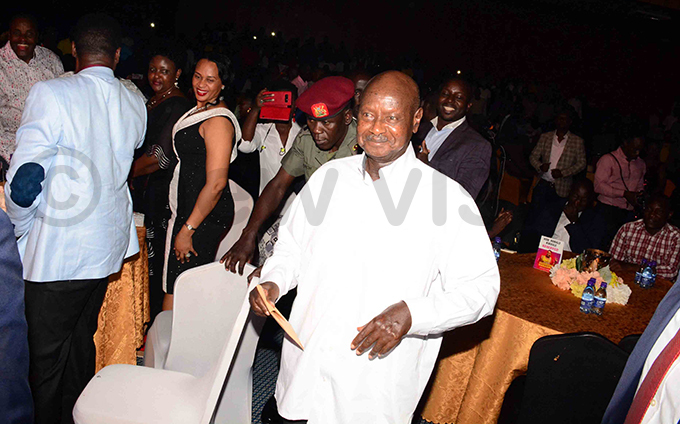 President Museveni got out of his seat on a couple of occasions to display his dancing skills. Photo by Eddie Ssejjoba 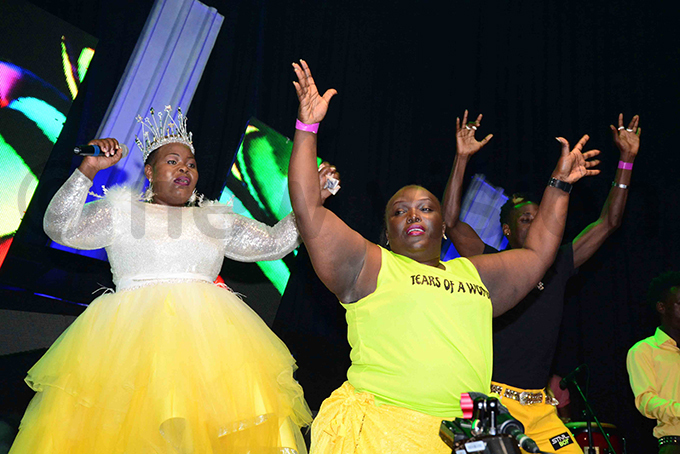 Catherine Kusasira put up an energetic performance during her Friday night show. Photo by Eddie Ssejjoba Twice during the show, the President stood up from his seat and wiggled his waist in a fully packed Victoria Hall at Kampala Serena Hotel in Kampala. His unique dancing strokes drew wild cheers from the audience.

Last night ( at Catherine Kusasira's show) was the third time I have been to a music concert and I was thrilled to see Ugandans enjoying themselves in a peaceful environment. pic.twitter.com/MarWVt19Gf

As if that was not enough, after watching Kusasira's queen dancers prance on the stage, Museveni weighed in jokingly promising to teach them how to dance in a cooler style. 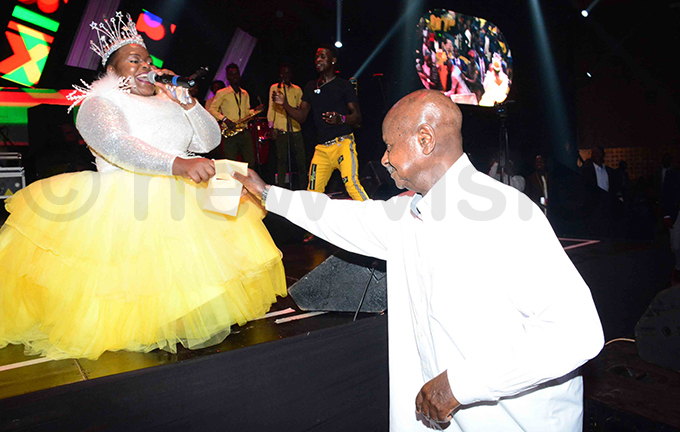 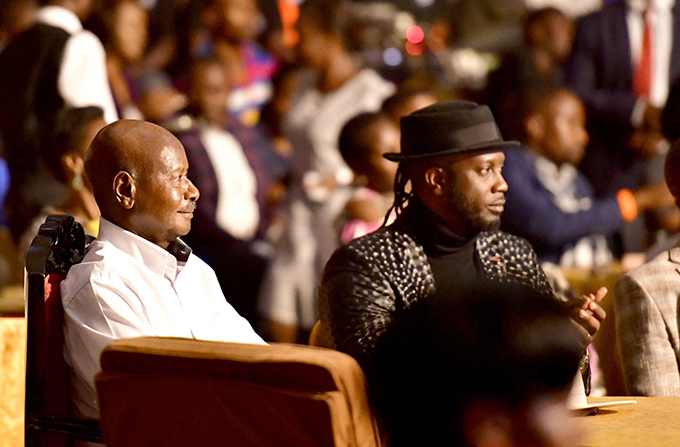 President Museveni took in the show with musician Bebe Coll by his side. PPU Photo 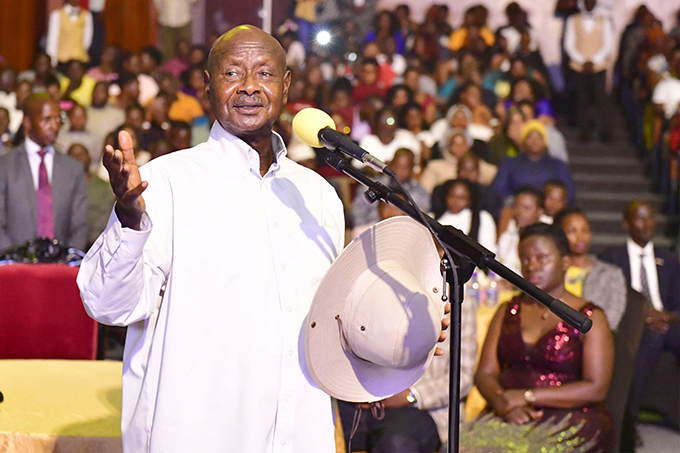 And when Kusasira pulled some rare dancing strokes, she swept the President off his feet again before he made his way to the stage twice to pass on a token of appreciation.

For musicians, Museveni had two key messages: "use the current wave of freedom in Uganda to develop your talents and mind about the message you blend in your music such that it does not disrupt the peace Ugandans are enjoying now."

Museveni also spoke about the current wave of murders in the country, corruption and the practice of evicting tenants all of which he vowed to tackle and defeat. Museveni noted that this was his third time attending a similar concert organised by local artistes.

City businesspersons like Godfrey Kirumira and Maama Fina who attended the concert showered Kusasira with cash while on the stage.