Anti-Sisi protests break out in Egypt
Next Story

Peace is the key in Africa - Lagarde

Conflicts in Africa have pushed refugees out of their countries into camps. AFP Photo

Africa has made strides and in some areas is setting the example on development policy, but without an end to conflicts the region cannot reach its potential, former IMF chief Christine Lagarde said.

"Peace is the primary condition," Lagarde told AFP in an interview.

As she sat down to discuss her legacy, after eight years leading the Washington-based crisis lender, she reflected that people do not talk about the persistent conflict in Africa.

Conflict has pushed refugees out of their countries into camps on the borders, which then impacts life in the host countries.

About three million people have been displaced by the conflicts in South Sudan and Democratic Republic of Congo alone, according to statistics from the United Nations High Commission on Refugees. And they have fled to numerous countries on the continent and abroad.

"Everything is connected," she said. "Refugees do not leave their country with joy."

Conflict "is a considerable obstacle to development. I do not know of any country that has been able to or can develop economically if there is no peace."

But Lagarde, who officially stepped down as IMF managing director last week, was optimistic about many developments in Africa. 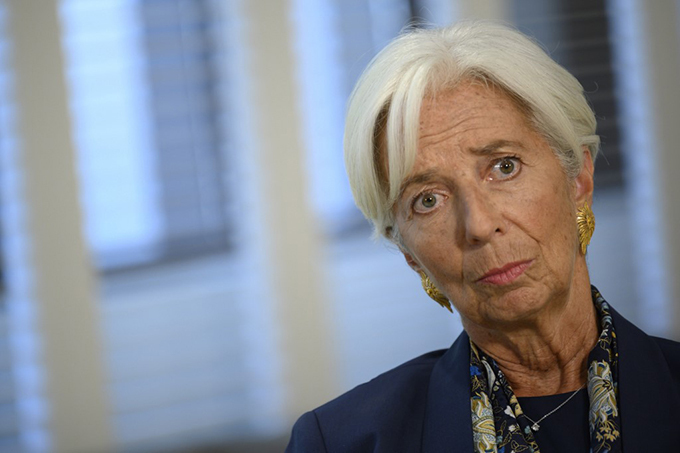 "I think that there are many countries where there has been significant improvement," she said, especially in the awareness of the economic policies needed for development.

The International Monetary Fund's "wallet role" is central, but she stressed efforts to mobilize "brain power" to ramp up development activity in the region, including using six technical and training centers in Africa to build local capacity.

Growth rates in sub-Saharan Africa are much higher than in advanced economies for the world as a whole: many hitting 4.5 percent or higher this year.

Major economies like Nigeria and South Africa are more sluggish, though slowly improving. But Senegal (6.9 percent), Ivory Coast (7.5 percent) and Ghana (8.8 percent) are all outperforming.

The IMF projects growth in the region to expand by 3.4 percent this year and accelerate slightly in 2020.

But the average growth in recent years remains insufficient to create the 20 million jobs needed each year to absorb new entrants to the labor market.

By 2030, nearly nine out of 10 people living in extreme poverty will come from this part of the world, while the population of the continent will grow to 1.7 billion, up from 1.3 billion today.

Lagarde was hopeful the region could see "more phenomenal changes," but said that will require financing for infrastructure and development to occur at a fast enough pace.

She applauded the launch of the African Continental Free Trade Area (AfCFTA), which will include 54 countries and aims to be the world's largest trade bloc.