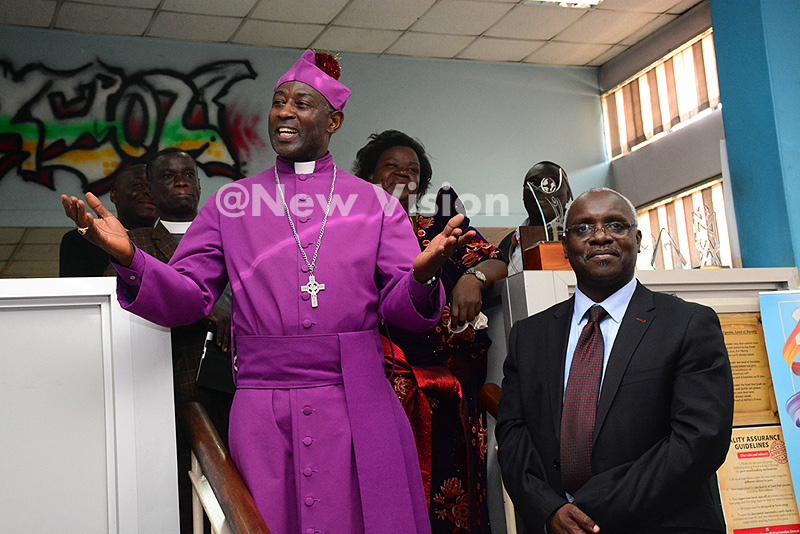 “Journalists are the main preachers; you do a lot in transforming our society,” says the Church of Uganda Archbishop-elect.

KAMPALA - The Church of Uganda Archbishop-elect, Stephen Kaziimba Mugalu, has advised Ugandans not to grieve and blame their failures on their humble background.

Using his real-life experience, Kaziimba said God does not care about people's backgrounds when choosing to uplift them.

"God can make your setback to be a setup of your comeback. I am from Bukunja - although a transformed Mukunja," he said.

Bukunja, where the prelate hails in Buikwe district, was known for reportedly having notorious 'night dancers', who, according to reports, would waylay people - even during the day.

Kazimba was at the Vision Group head office in Industrial Area on Thursday.

The prelate was received at the company by the company's chief executive officer, Robert Kabushenga and other top-level staff. Kabushenga then guided Kaziimba on a tour around vast multi-media company - the home of New Vision, Bukedde, Urban TV, Xfm and several other platforms, products and services. 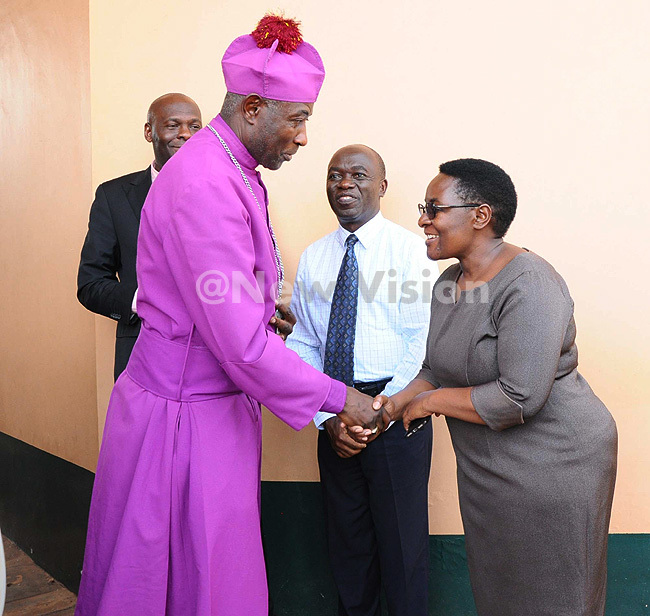 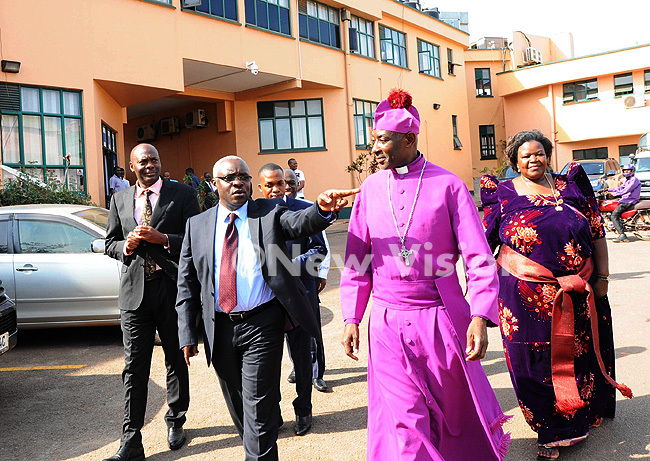 Chief executive Robert Kabushenga then guided the high-profile visitor and co-guests on a tour around the company. (Credit: Abbey Ramadhan)

During the tour, Kaziimba prayed for the staff and thanked them for amplifying the gospel. "Journalists are the main preachers; you do a lot in transforming our society."

As he moved around the company, the staff took selfies with him and shook his hands as he prayed and blessed them. Kaziimba urged them to first concentrate on transforming their minds which think; hearts that stir emotions and hands that act on the emotions.

It was a joyful mood as the staff relished the presence of the prelate who rose from the lowest rank to the topmost position in the Anglican Church.

Kaziimba urged staff to collaborate, co-operate and communicate effectively as they execute their duties. "Everything is possible if you do so with Christ."

He also advised staff not to grieve over low salaries because there are many people outside there yearning to work at Uganda's leading multi-media establishment.

New Vision staff showered their high-profile visitor with gifts, including a portrait of Kabaka Daudi Chua II that was donated to him personally by Kabushenga, who said it was befitting of his guest. 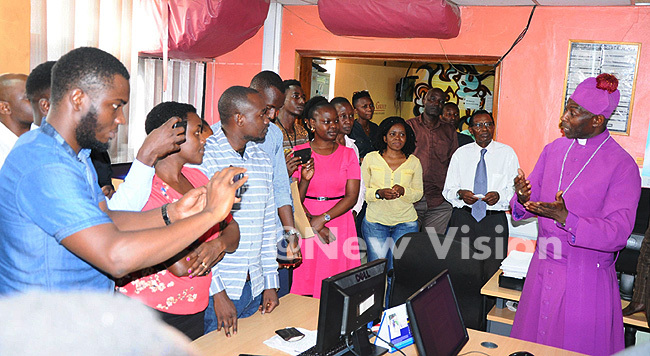 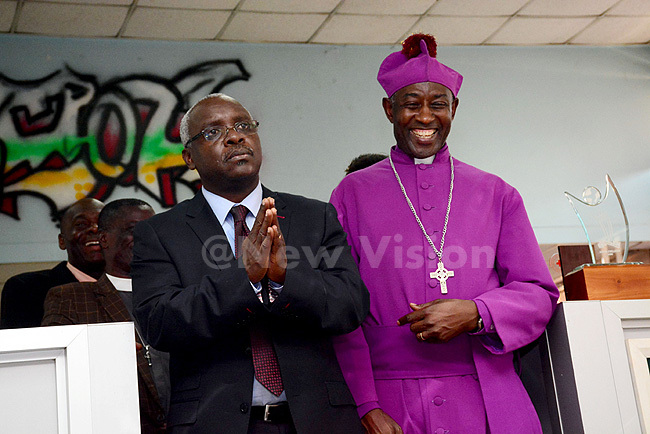 The Archbishop-elect will be installed on March 1 next year. (Credit: Eddie Ssejjoba) 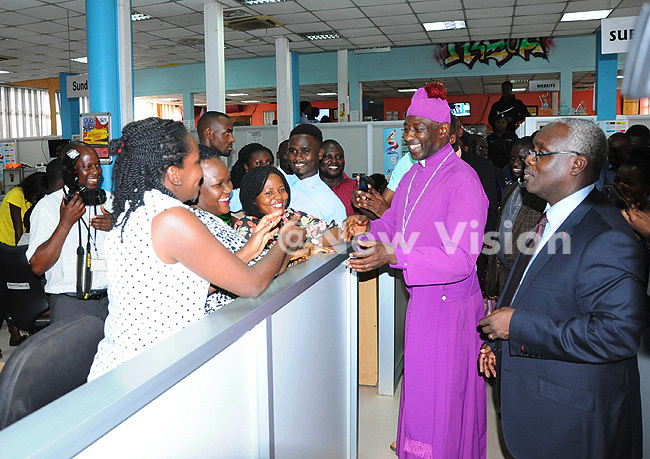 He appointed Kabushenga, who is known for being an effective mobiliser, to be part of the team organising his consecration. (Credit: Abbey Ramadhan) 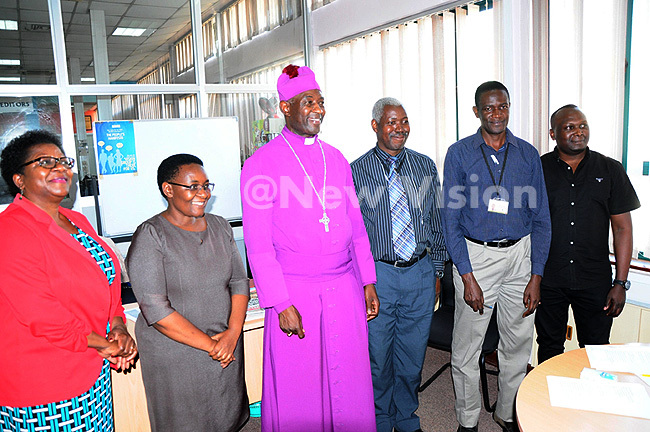 Kaziimba thanked Kabushenga for mobilising the masses into joining agriculture. He also prayed for President Yoweri Museveni, cultural leaders, the clergy and the general public.

He said he visited Vision Group to thank the journalists for the positive publicity they have given him and the Church before and after he was elected to the new office. The Most Rev. Stanley Ntagali's successor will be consecrated on March 1 as the Archbishop of the Province of the Church of Uganda, and on March 8 as the Bishop of Kampala Diocese.

Kaziimba revealed that a committee organising his consecration had been constituted and that it is headed by Ruth Nankabirwa, who is deputised by Gen. Katumba Wamala.

He also appointed Kabushenga to join the team. On his part, the Vision Group boss agreed and promised to do the needful to ensure that the day is a success.

During his tenure, Kazimba said he will prioritise the boy child, whom he said has been left behind in Church activities, adding that there are more girls in the Church than boys.


RELATED: Anglican Archbishops through the decades 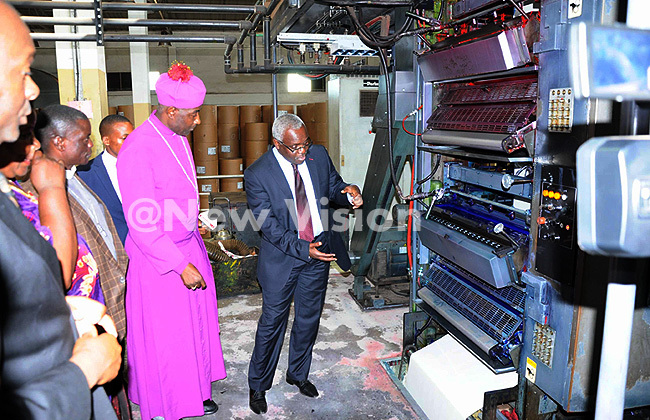 A tour of the printing department. (Credit: Abbey Ramadhan) 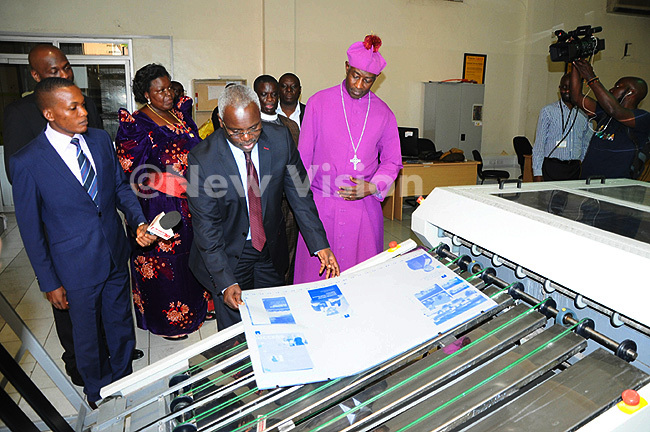 'This is how it works'. (Credit: Abbey Ramadhan) 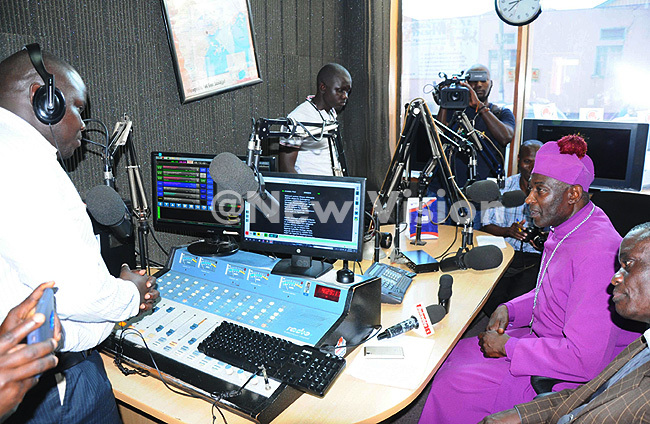