Tunisia heads to polls for keenly fought p...
Next Story 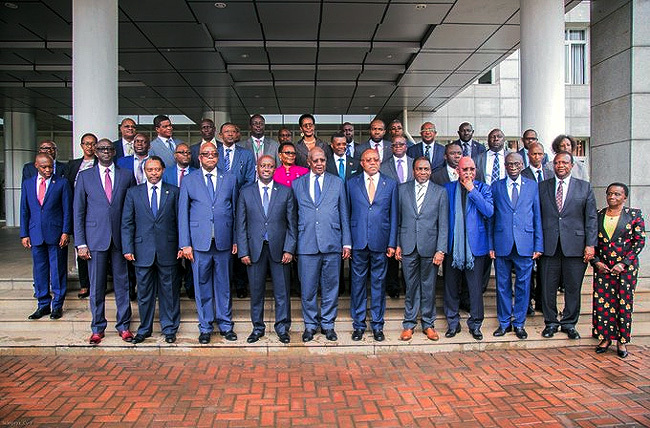 KIGALI - Ugandan and Rwandan delegations met Monday in a "frank and cordial atmosphere" in the Rwandan capital Kigali in a bid to warm ties between the two neighbouring East African nations muddled by recent flare-ups.

Ugandan foreign affairs minister Sam Kutesa said Uganda is all in on a "peaceful and friendly co-existence" with Rwanda.

The meeting was the first of the Ad-hoc Commission for the implementation of the Memorandum of Understanding between Uganda and Rwanda as mandated by last month's Luanda Summit.

During the August 21 summit in Angola's capital, President Yoweri Museveni and his Rwandan counterpart Paul Kagame signed a pact on regional co-operation and security, opening the door for improved political and trade ties between the countries they lead.

The two leaders agreed to "respect the sovereignty" of Uganda and Rwanda and neighbouring countries, at a conference facilitated by Presidents Joao Manuel Lourenco (Angola) and Felix Antoine Tshisekedi (DR Congo).

Trade tensions between Uganda and Rwanda early this year resulted into Rwanda closing its border point at Gatuna.

On average, Uganda derives $200m (about sh744b) annually from trade inflows with Rwanda. Closure of that key border crossing meant the disruption of trade between the next-door neighbours.

Monday's meeting in Kigali involving diplomatic ministers and heads of intelligence was aimed at mending the broken bridges to re-establish vital ties.

The teams, headed by Kutesa on one side and Rwandan minister of State in charge of the East African Community Olivier Nduhungirehe on the other, arrived at some key resolutions following "extensive deliberations".

According to a communique, they are:

1. Rwanda provided a list of Rwandans detained in Uganda and the Republic of Uganda committed to verify the information for the purpose of processing those named through due judicial process and releasing those against whom no evidence of criminal conduct will have been found.

2. Both parties agreed that due process will be followed in dealing with each other's citizens.

3. Both parties reiterated their commitment to refraining from any acts of destabilization against each other.

4. Both parties agreed to finalize the extradition treaty in order to provide a framework for the future exchange of criminal fugitives.

5. Both parties committed to cease all forms of hostile propaganda in both mainstream and social media.

6. Both parties agreed that the issue of free movement of persons and goods and services across the common border and other outstanding issues shall be discussed in the next meeting.

7. The next meeting will be held in Kampala after 30 days to review the progress of the implementation of the Luanda MoU.


RELATED: Survival for the fittest at Uganda, Rwanda conflict 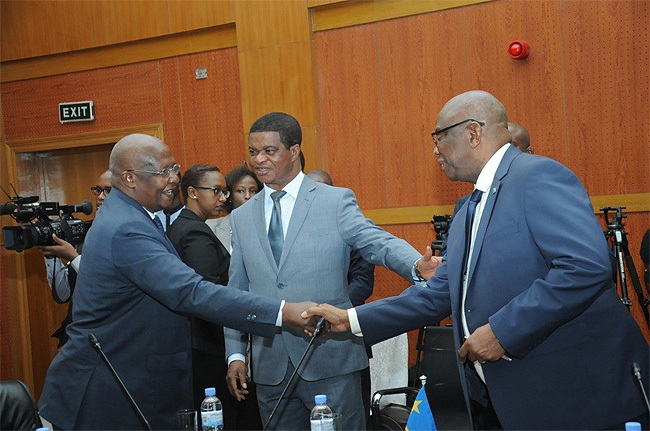 In his discourse, Kutesa thanked the Rwandan government for the invitation and appreciated Angola and DR Congo's intervention into seeing the normalisation of relations between "our two brotherly countries Uganda and Rwanda".

The pact, he said, "reinforces key African principles. One of which is, African solutions to African problems".

He added that the agreement also underlines the "spirit of pan-Africanism, which Uganda considers a critical bedrock of our regional integration efforts".

"My delegation is therefore glad to be here today because Uganda seeks openly co-operative and collaborative relations with Rwanda, like other neighbours and states on the continent," said Kutesa, going ahead to reaffirm that "Uganda is committed to a peaceful and friendly co-existence with Rwanda".

"I wish to reiterate the commitment of Uganda to implementing the MoU and we look forward to working with Rwanda and the facilitators of Angola and DR Congo in its implementation." 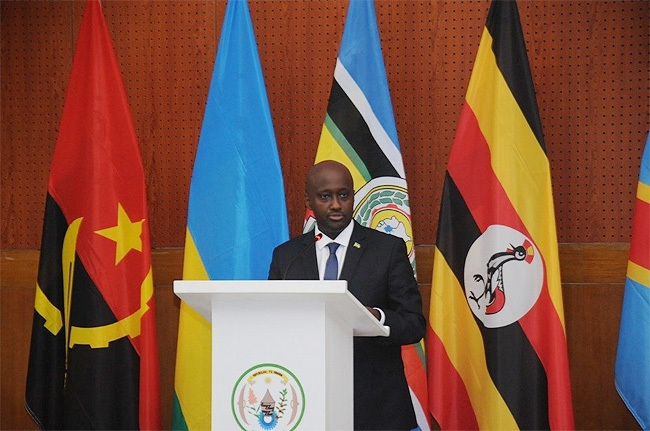 In his remarks, Rwandan delegation leader Nduhungirehe said the Luanda MoU is "an important milestone towards sustainable peace and security in our region".

"It should be our collective commitment that the Luanda MoU will be the final and decisive process that will bring back normalcy, trust and confidence between our two sisterly countries," he said.

"We should, therefore, view this process as a new opportunity and momentum for normal relations between our two nations. Much as the signing of the MoU was important, its good faith implementation is the decisive factor.

"This is what our citizens expect from us," said Nduhungirehe.

The re-establishment of healthy ties between Uganda and Rwanda has been a work in progress. The memorandum signed by Museveni and Kagame was a culmination of a process that started in the DR Congo's capital Kinshasa in May, before continuing to Luanda.

"Rwanda is fully committed to the realisation of the objectives of the MoU," added the Rwandan minister.

"We welcome the facilitators to monitor and, where necessary, guide the steps we take to achieve full and meaningful implementation."

Following Monday's meeting, the teams will in a month's time once again meet - this time in Kampala - to study the progress of their efforts.

anda Memorandum of Understanding, signed on 21 August 2019 in #Angola, is indeed an important milestone towards sustainable peace and security in our region.