Will Martha Kay get a second chance?

Having gone quiet for over 3 months, Martha Kay resurrected earlier this month not with another apology but a statement that showed she had moved on

Having gone quiet for over 3 months, Martha Kay resurrected earlier this month not with another apology but a statement that showed she had moved on

Martha Kay real names Martha Kemigisha Kagimba burst onto Uganda's social scene a few years back when a video of her skit about being ‘knocked' by a posh Range Rover went viral on social media earning herself the tag, the ‘Range Rover girl.'

Well the berry dark, curvy, big-eyed beauty soon became a talking point especially within the small but steadily growing comedy circles of Kampala and Uganda at large thanks to her video skits about a wide range of issues from mimicking slay queens, dramatic politicians and sometimes going after the ironies of her native Nkore way of life.

By the way, as it all played out, we almost forgot she is a ‘serious' photographer in her own right as well who even does events photography when the gigs do come through but back to the issues. Martha Kay started to do rounds on the comedy circuit locally performing alongside old school names like Pablo Kimuli and the more contemporary Alex Muhangi to mention but a few.

Luckily for her, she was never the kind who was at every comedy gig, every week so her name and presence kept some luster and mystery about it that always moved the crowds at the few oftentimes high-end gigs where she showed up. 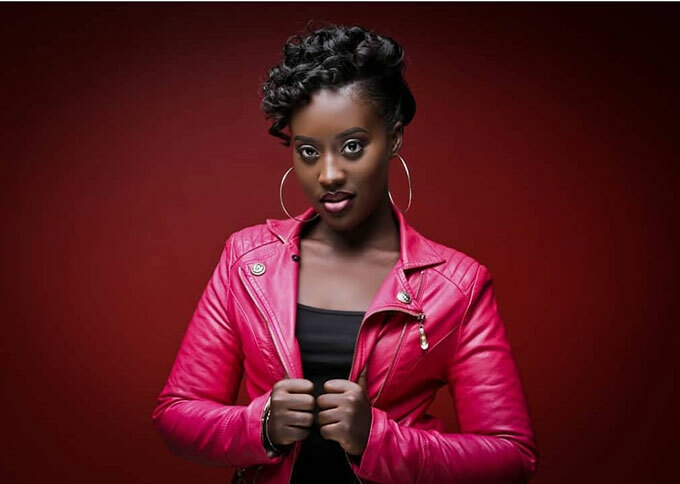 It wasn't long before the once innocent UCU Mass Communication graduate realised she was actually a real celebrity and not the wannabe star ‘Range Rover girl' who was hardly recognisable beyond her viral comedy skits.

So the endorsements started to come in, she was on TV, she was on billboards, the invites to the big parties followed, everything seemed to happen too first for the charming young beauty and then the men came calling in droves as well.

But I wouldn't blame them either, the lady or is it girl in question is the true definition of a dark fine African beauty not with those scintillating curves and ‘yaka' eyes that seem to tantalise whoever looks into them.

Anyways like most female celebrities, the too much male attention that came Martha's way got her making the wrong calls on who she should and shouldn't go with and while she was enjoying the ride she never anticipated disaster was around the corner.

It was about three and a half months ago when hell broke loose for the once innocent UCU girl. A jilted lover she had fallen out with over allegations of being cheated on by her, spread her naked pictures on the same social media that made Martha the darling of many comedy fans.

And down the road of shame and embarrassment, she went, with all sorts of opinion leaders regarding nudes weighing in and offering all sorts of analysis a lot of it quite laughable but luckily for her she was not the first and I guess hers weren't the worst either!

She was condemned, she was battered and all she had become over the last few years seemed lost in a flash. There were a number of encouraging messages from fans and friends but not enough to rectify the situation.  Luckily she chose to go underground and lay low I am assuming on the advice of someone more schooled in the staff that showbiz is.

Having gone quiet for over 3 months, Martha Kay resurrected earlier this month not with another apology but a statement that showed she had moved on from that embarrassing episode and was ready to rise again.

The concluding statement in her write up declaring her return caught my attention. "I choose today to focus my energy not on fighting the old but on building the new," she said.

And yes she has had some work going on quietly including a TV series she has been shooting with local NGO Reach A Hand Uganda that will be going on air come October dubbed #Kyaddala #itsreal.  Besides the gigs, Martha said in her statement she is embarking on growing a young events company she owns called TINGLE MEDIA.

The question remains however, Will Ugandans and all Martha's fans even beyond borders give her a second chance, showbiz remains a fragile business you can easily rise up and once you are forgotten it is done but some do get second chances, maybe Martha Kay will be among those. Let's see how it plays out in ‘The Return of Martha Kay.'