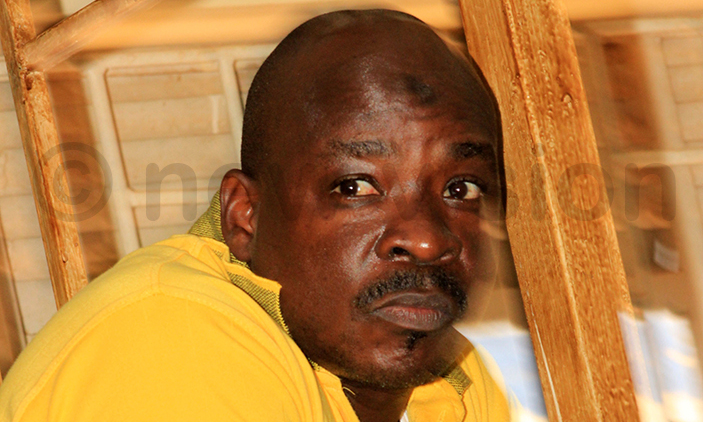 KAMPALA - The hearing of an appeal in which jailed former Boda Boda 2010 group leader Abdullah Kitatta is challenging his conviction and sentence failed to take off because his lawyers were not prepared.

On May 14, Kitatta and his bodyguard, Sowali Ngobi, were convicted and sentenced to eight years and six months in jail for illegal possession of firearms and ammunition.

Clad in a pair of blue jeans and yellow T-shirt, Kitatta was brought to the General Court Martial Thursday by prison warders at about 9:30am. He was immediately  led to the court holding cell, where he spent the whole day, before being moved back to prison without appearing in court.

Kitatta's lawyer Isaac Julubo told New Vision they were not prepared for the case.

Kitatta and Ngobi had been expected to appear before the chairman of the Court Martial Appeal Court, Elly Turyamubona, for hearing of his appeal, but in vain.

In his appeal, Kitatta is accusing the General Court Martial of having erred in law and fact when it irregularly convicted him in respect of firearms by relying on glaringly weak prosecution evidence, thereby occasioning a miscarriage of justice.

"General Court Martial convicted me relying on the prosecution evidence, which was in violation of the established rules of evidence," he argues.

Kitatta submitted that the army court irregularly and without justifiable cause violated the established rules of evidence when it shifted the burden of proof from prosecution to the convicts.

He also contends that the court failed, refused and ignored to discharge its duty to summon material witnesses, who were deemed necessary to substantiate the evidence tendered against him and his bodyguard.

"We therefore pray to this honourable court to allow this appeal, set aside the ruling and other orders of the trial court and acquit us," the appeal reads in part.

In the alternative, Kitatta and Ngobi requested court to reduce the sentence if it finds them guilty.

"In the alternative, but without prejudice, the honourable court martial if appeal be pleased to reduce the sentence and make orders as to another lawful sentence which is just, fair and in the interest of justice." 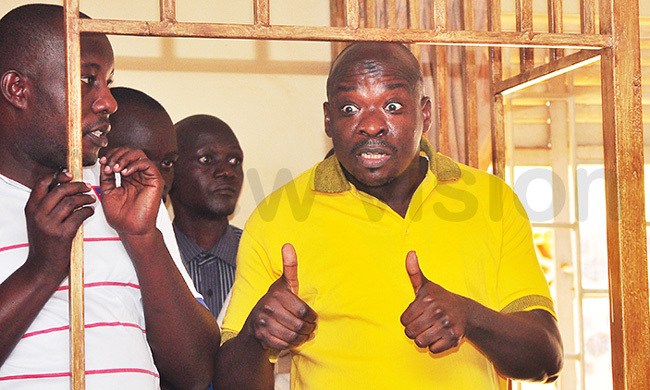 Abdullah Kitatta is challenging his conviction

Prosecution says that on January 20, 2018, while at Vine Tea Hotel in Wakaliga Natete in Kampala, Kitatta was found in unlawful possession of five rounds of ammunition of a pistol without holding a valid firearms certificate, a monopoly of the defence forces.

Prosecution further states that Kitatta and Ngobi at the same hotel, in the same period, were found with a sub-machine gun magazine containing 30 rounds of ammunition without holding a valid firearms certificate.

The said gun was in Kitatta's car.

Kitatta started out as a boda boda rider in Kasangati and in 2010, he was appointed the patron of Boda Boda 2010.

In 2015, he was appointed the National Resistance Movement (NRM) chairman for Rubaga division. He is also the leader of National Union of Drivers, Cyclists and Allied Workers.

On January 21, 2018, he was arrested over the murder of Case Clinic accountant Francis Ekalungar, but the charges were later dropped.

The following month, on Feburary 13, Kitatta and 12 others were charged at the army court and remanded.

On May 6 the same year, Kitatta reached out to the criminal division of the High Court to block trial, but his application was dismissed. Later that month, he also lost a bid to block a trial at the army court.

On September 13, he applied for bail but his application was unsuccessful. On December 17, court ruled that the former Boda Boda 2010 leader had a case to answer.