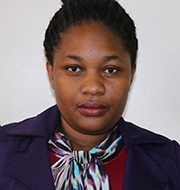 Uganda has one of the fastest-growing and youngest populations in the world, with approximately 78 percent of the population below thirty years of age (Uganda population report 2016/17.

According to the Uganda National Household Survey 2016/17, the working-age population increased to 19.1 million from 16.5million in 2012/13. Of these 7.7 million are youth between 18-30 years. Though this segment of the population can be an engine of economic growth, Uganda's rising population (growing at a rate of 3.4 per annum) can also translate into an exponential rise in youth unemployment, which can be a threat to the political stability and sustainable development aspirations for the pearl of Africa.

Unemployed youth are not able to contribute effectively to national development and have fewer opportunities to exercise their rights as citizens.

Unemployment is a major challenge that affects Ugandans at large but more especially women and the youth. Although the national unemployment rate reduced from 11 percent in 2012/13 to 9.2 percent in 2016/17, this rate was higher among females (13.1) compared to that of the males at 5.8 in the later period (UNHS 206/17). More so this rate was worse among the youth.

According to UNHS 2016/17 report, youth unemployment rose from 12.7 percent in 2012/13 to 13.3 percent in 2016/17 with female youth unemployment higher (14.7 percent) than that of male youth (11.4 percent). About 30 percent of the institutionally qualified youth in Uganda are unable to find jobs and this situation is worse for the semi-skilled and unskilled youth (ILO, 2017). This is mainly caused by the narrow and slow expanding formal jobs in the public sector as well as the limited employable skills among other factors.

The government is implementing various interventions aimed at creating jobs especially for the youth such as the Youth Livelihood Programme (YLP), vast investment in infrastructure development, promotion of Foreign Direct Investments (FDI) and youth SACCOs (Saving and Credit Cooperatives). Additional services include vocational training education programs as well as Universal Primary and Secondary Education and currently, the president is giving cash handouts to the youth.

Also, the private sector has come in to fill this gap through creating and absorbing the youth into employment, however formal youth employment is still below 30 percent (UN, 2017).

Therefore, there is a need for identifying and creating more sustainable opportunities. The question, however, is how? Youth unemployment requires joint intervention by the government and the private sector. Public-Private partnerships (PPPs) play an important role

in promoting decent work around the world as they keep people linked to decent work (ILO,2018).

PPPs refer to projects or programs run between government and private sector, Non-Government Organizations (NGOs) and the private sector or all the three combined. PPPs have been successful in many areas such as health care, education and infrastructure. For example, the public-private infrastructure Advisory Facility (PPIAF) which operates through the transport, energy and water sectors has been essential in developing the country's infrastructure.

In addition, the PPP initiative through the Universal Secondary Education (USE) in which the government pays a per-student capitation grant to private school providers that enroll qualifying USE students has been successful at absorbing the increasing number of students from Universal Primary Education. In Kenya, the Companion of Work Organization (known as CoWA) partnered with training institutions to help youth acquire marketable and relevant skills that enable young people to get employment.

In Zambia, the PPP with Barclays has enabled young people to obtain skills for self-employment. Therefore these success stories from other sectors and countries are an indicator that PPPs can be successful in improving the labour market outcomes for Uganda's young people.

To tackle Uganda's high youth unemployment, the private sector, the academia, and the government must work together to develop innovative business models, industry-relevant curricula and enabling national policies. For the private sector to create inclusive models that contribute to empowerment and employability of Uganda's youth, there is a need for collaboration with public agencies and NGOs.

PPPs have the potential to address youth unemployment than a single actor can do because as partnerships they pool resources, each contributes its expertise and they also share costs and benefits. In addition, partnering with the private sector in youth training and employment initiatives allows the private sector to participate in the formulation of training policies that meet market demands. This ensures that skills attained from the education and training facilities reflect the actual or future needs in the job market.

PPPs could also help young graduates boost their skills by providing internships, apprenticeships and on the job training and monitoring thus solving the skills gap between the demand and supply side of the labour market. Further, PPPs also increase the level of investments in a country which in turn stimulate the creation of employment.

Therefore with strengthened partnerships, skills development and youth unemployment crisis can be significantly addressed. Combining the strength of international organizations, government, and the private sector can really make a difference.