Violence: Ugandans in Canada vow to break ...
Next Story

Pope 'not afraid' of schism in Catholic Church

"I pray that there won't be one, because the spiritual health of many people depends on it," says the leader of the world's 1.2 billion Catholics.

Pope Francis, flanked by his spokesperson Matteo Bruni, addresses journalists during his flight from Antamanarivo to Rome on Tuesday after his seven-day pastoral trip to Mozambique, Madagascar and Mauritius. (AFP)

"I pray that there won't be one, because the spiritual health of many people depends on it," says the leader of the world's 1.2 billion Catholics.

Pope Francis said Tuesday he was "not afraid" of a schism in the Roman Catholic Church, in reference to attacks by conservative cardinals who frequently take aim at his papacy.

"I'm not afraid of schisms. I pray that there won't be one, because the spiritual health of many people depends on it," the pontiff said on his return flight to Rome from a three-nation tour of Indian Ocean African countries.

The most famous breakaway from the Church was the so-called Great Schism of 1054 between Eastern and Western Christianity, which has lasted almost 1,000 years.

The most notable of the 20th century was led by French Archbishop Marcel Lefebvre, who broke away with a small number of Catholics, ordaining four bishops without the approval of the pope in 1988.

The ultra-conservative wing of the church in the United States frequently criticises Francis, saying he is not outspoken enough on abortion, too compassionate towards homosexuals and divorcees, and too accommodating towards Muslims.

Some have gone so far as to call for him to resign, accusing him of "heresies".

"The criticisms do not only come from the Americans (but) from everywhere, including the Curia", Francis said in reference to the Church's governing body. 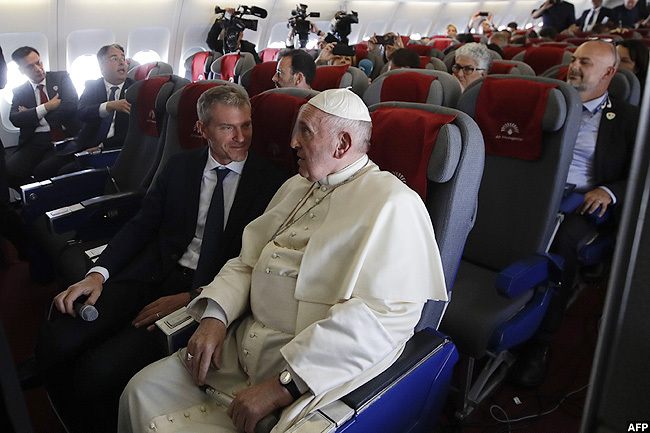 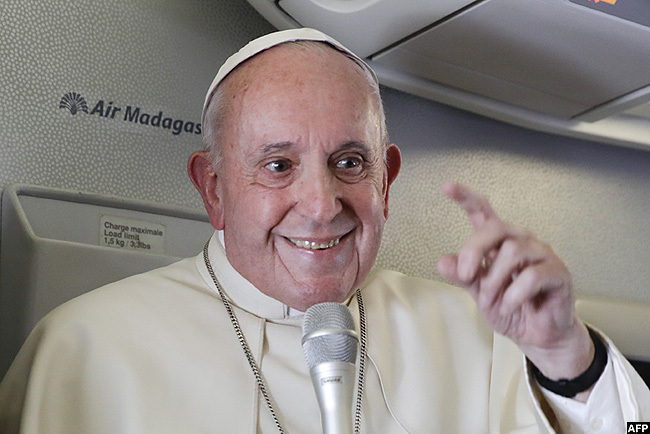 "The social things I say are the same things that John Paul II said."

Francis's critique of capitalism and support for the downtrodden have seen some label the leader of the world's 1.2 billion Catholics a communist.

But the pontiff insisted: "The social things I say are the same things that (former pope and popular Catholic leader) John Paul II said. The same things! I copy them".

He said that while he welcomed "constructive criticism", he had no time for "those who smile while stabbing you in the back".

Francis said those who behaved that way did not "want good for the Church" but were merely obsessing over goals such as "changing popes, changing styles, creating a schism".

Last week he shrugged off attacks on him by ultra-conservative US Catholics, describing them as an "honour".

The pontiff's fiercest and most vocal critic is US cardinal Raymond Leo Burke, a conservative heavyweight who has criticised in particular Francis's handling of the clerical paedophilia crisis.

Pope in Mozambique seeks to strengthen peace accord

AU hits back at ''skewed'' world justice with African court