Why did Mugabe spend his last days in Sing...
Next Story

Riek Machar's visit is expected to last two days, and comes as November deadline looms to form a power-sharing government.

Riek Machar's visit is expected to last two days, and comes as November deadline looms to form a power-sharing government.

Machar arrived in Juba on Monday for the first time in a year and held rare talks with Kiir as the rivals try to salvage a stalled peace agreement.

Machar landed in the capital in a Sudanese plane, preceded by two jets carrying a large delegation of around 60 people and security officers from Khartoum where he is living in exile, an AFP reporter witnessed.

Machar's visit is expected to last two days, and comes as November deadline looms to form a power-sharing government, a key plank in a 2018 peace agreement that has been delayed by disputes over its terms.

"Our meeting concentrated on security arrangements, because it is one of the fundamental provisions of this agreement," Machar's deputy, Henry Odwar, told reporters after Kiir and Machar met at State House.

"We do have challenges and we pray that we overcome those challenges."

Images on social media showed Kiir shaking hands and sitting at a table with Machar, flanked by the South Sudanese flag.

Kiir had not been seen with Machar since the pair met in the Vatican in April, when Pope Francis stunned the world by kissing the feet of two men accused of responsibility for heinous war crimes. 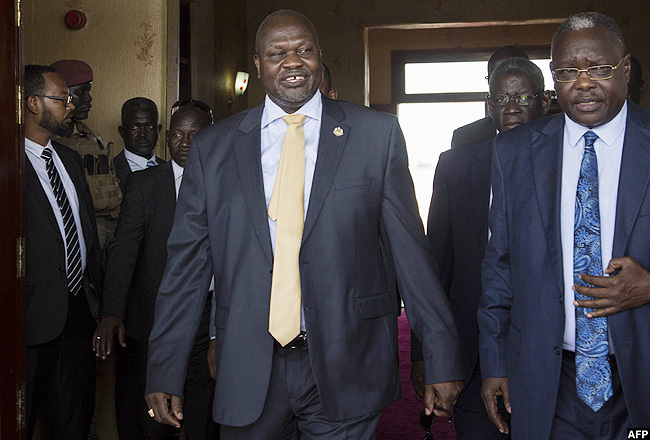 'The path is wide open'

South Sudan descended into war in 2013, just two years after the country gained independence, when Kiir accused his former deputy and fellow former rebel leader Machar of plotting a coup.

Multiple attempts at peace have failed but in September 2018 the warring parties signed an agreement to form a unity government, which would see Machar return to government as vice president.

The last time Machar was in Juba was October 2018, for celebrations to mark the signing of the pact.

The power-sharing arrangements under the peace deal were supposed to take effect in May. But the process was delayed by six months until November.

Crucial technical steps contained within the agreement, such as creating a unified army and agreeing on the internal boundaries of states, have failed to make progress.

Alan Boswell, a South Sudan expert with the International Crisis Group (ICG), said the only solution was Kiir and Machar coming to a political agreement on how to move forward with the deal.

"We have been waiting for this moment for a long time. The only way to find a path forward is for these two to meet. The path is wide open for them to form a unity government but they will need to strike new political deals to do that," he told AFP Monday.

"If they fail to agree on a way forward with direct talks then we are looking at a major crisis." 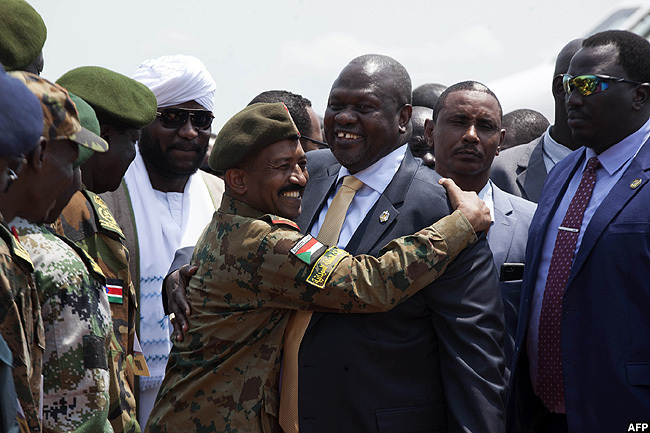 Following their extraordinary meeting in the Vatican, Kiir told parliament he had forgiven Machar, and urged his rival to return home.

But Machar has been concerned about his personal security should he return to the capital.

He fled on foot under a hail of gunfire when a previous peace deal collapsed in July 2016.

He is currently living in Khartoum, the capital of neighbouring Sudan, the country from which South Sudan broke away to claim independence in 2011.

He was accompanied to Juba by Sudanese paramilitary commander Mohamed Hamdan Daglo, who is best known by his nickname "Hemeti", and who is holding separate peace talks with Sudanese armed groups. 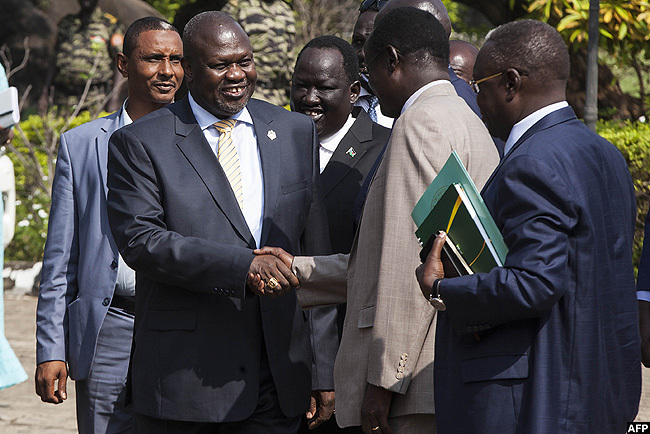 Sudan has been engaged in its own bloody transition toward peace since the overthrow of Omar al-Bashir in April.

Kiir urged the Sudanese groups to negotiate "in good faith" to bring peace to the region.

"I believe that we are one, and facing the same problem. If there is no peace in Sudan, there will be no peace in South Sudan," Kiir said.

The fighting in South Sudan has left about 380,000 people dead and forced more than four million South Sudanese -- almost a third of the population -- to flee their homes. 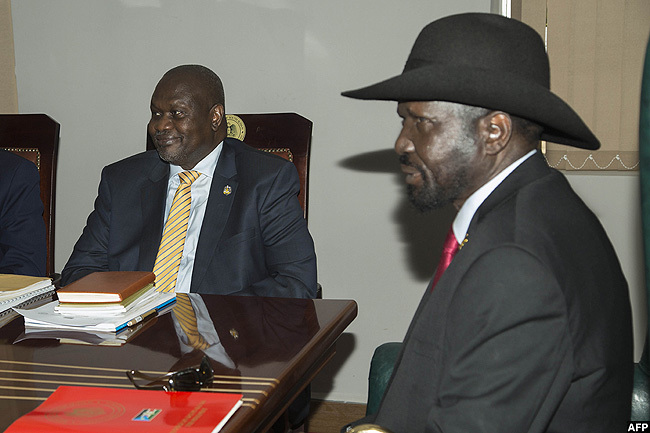 Mosquitoes not under quarantine, ministry warns

Church To Fight Against Malaria