"Three prime suspects that orchestrated the kidnap were picked Sunday night by a joint team of investigators," a source tells New Vision.

A CCCTV image of the suspected assailant seen behind the wheels. (Credit: Uganda Police Force)

"Three prime suspects that orchestrated the kidnap were picked Sunday night by a joint team of investigators," a source tells New Vision.

KAMPALA - A gang behind the kidnap and murder of social worker Maria Nagirinya and her driver, Ronald Kitayimbwa, have been arrested, New Vision has exclusively learnt.

Nagirinya was kidnapped from the gate to her home in Lungujja-Busega, killed, and her body dumped in Mukono district.

Without divulging details, a source privy the probe said; "three prime suspects that orchestrated the kidnap were picked Sunday night by a joint team of investigators comprising of the Police's Criminal Investigations Directorate (CID), Chieftaincy of Military Intelligence (CMI) and the Internal Security Organisation (ISO).

Early this morning, the source said the suspects are  currently held at CMI facility in Kireka - as security agencies ‘process them' to end a one week manhunt for the killers.

Police is yet to officially announce the break through, give a detailed account and motive behind the murder of the social worker and her driver.

A printed copy of the grainy images of the suspected assailant. (Credit: Uganda Police Force)

In a statement sent to the media, the deputy Police spokesperson, Polly Namaye, said they (Police) and sister security agencies retrieved CCTV images showing incidents that occurred prior to and after the kidnapping of Nagirinya and Kitayimbwa.

The footage was captured by cameras along the Kinawataka road that connects to the Kampala-Jinja Highway and the suburbs of Kireka.

The breakthrough followed the arrest of a woman, Fortune Ayebare Mugisha, who reportedly was in constant communication with a suspect linked to the killers, according to sources. 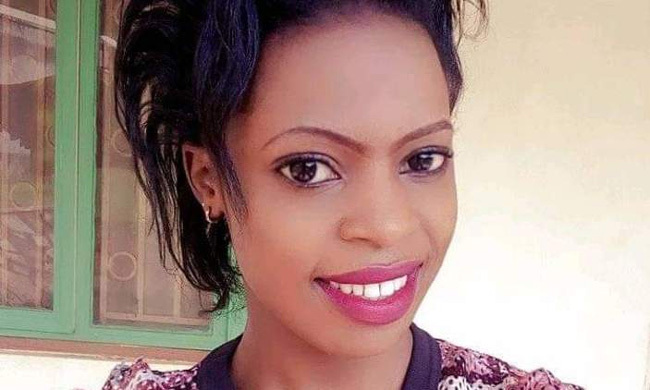 Without divulging details, Kampala Metropolitan Police spokesperson Luke Owoyesigyire confirmed that Mugisha had been arrested and dispelled reports that she had been kidnapped.

"The woman (Mugisha) was arrested and is in safe custody. Her parents were also informed accordingly," Owoyesigyire said.

Preliminary findings indicate that Nagirinya and her driver were killed in the car while being driven away by their abductors.

This type of murder in a moving car is fairly new and was first reported in May when kidnappers laid a trap for businessman Wilber Majanja, 54, who was the kingpin in the Nakaseke district cattle trade for decades.

The abductors blocked Majanja with a truck and a motorcycle before grabbing him. The businessman was shoved into their waiting saloon car before they sped off, according to eyewitnesses in Matugga, Wakiso district, where the incident happened.

Police say Majanja was pounded in the stomach several times and strangled while in the moving car as they drove towards Sanga.

Whereas the motive of Nagirinya and her driver's murder remains unclear, Police say that her car had bloodstains in it, among other evidence recovered. 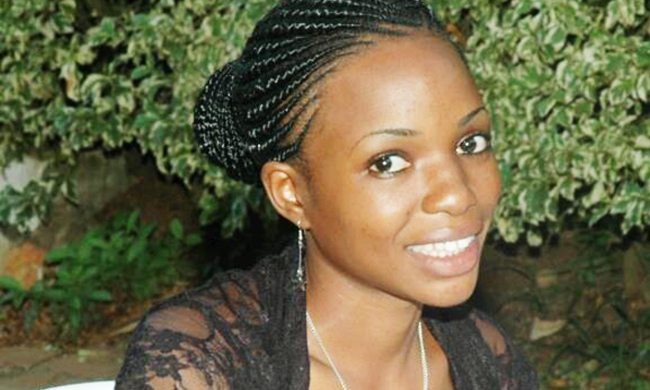 Maria Naigirinya was abducted and later killed with her driver. (Courtesy photo)

Police have so far recorded statements from several people, including Nagirinya's family members and co-workers. However, contrary to reports, her husband Edgar Gateni, was yet to record a statement.

Sources revealed that using camera footage, detectives are still following the routes that the killers used from Lungujja-Busega, the kidnap point, to the area where the bodies were dumped in Mukono district.

Earlier, three suspects were arrested in connection with the murder. Seven other people are also being held for trying to obstruct the Police as they arrested one of the three murder suspects.

The three suspects reportedly include a bodaboda rider believed to have transported the kidnappers to Nagirinya's home in Lungujja. Police have not disclosed the identities of the suspects.

Besides, over a dozen Police officers were also arrested following complaints from Nagirinya's relatives that when they reported the kidnap to the Police, they received no attention, which frustrated any efforts to save Nagirinya.

Binaisaâ€™s case is testing the system in place