The President is disappointed that many of the critical issues he raised in the earlier objection (December 2017) were not fully addressed in the revised Bill.

The President is disappointed that many of the critical issues he raised in the earlier objection (December 2017) were not fully addressed in the revised Bill.

President Yoweri Museveni has for the second time refused to sign the Genetic Engineering Regulatory Bill. The Bill is commonly known as the Genetically Modified Organism (GMO) Bill.

In a letter to the Speaker of Parliament dated July 22, Museveni said: "I would like to thank all the various stakeholders who have contributed to the development of this law. I, however, regret to inform you that I reject the law in its current form and I am unable to assent to it for reasons I will elaborate in this letter."

The first time Museveni rejected signing of the Bill was in December 2017.

The Bill had been passed by Parliament for the first time. As concerns from various stakeholders were being considered, the name of the Bill was changed from National Biotechnology and Biosafety Bill to Genetic Engineering Regulatory Bill to make the Bill/law more regulatory than promotional.

In his latest objection to the Bill, the President expressed disappointment that many of the critical issues he had raised in the earlier objection (December 2017) had not been fully addressed in the revised Bill.

"The issue of GMOs and genetic modification of our seeds, livestock and now, I hear GMO mosquitoes, touches not only on science, but agriculture, ecology, food and national security and indeed the sovereignty of our nation. It is, therefore, of the utmost importance that we proceed with caution and include the necessary safeguards in this law," Museveni stated. 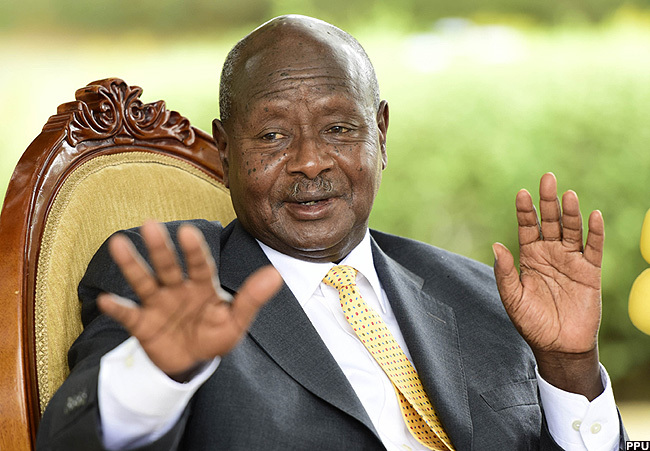 The President noted that he had been informed the reason many of his concerns had not been addressed in the revised Bill was because of what he termed "the narrow interpretation of parliamentary procedure, which limited the number of clauses, which could be added into it".

"I think this is unfortunate. Parliament should allow free deliberation and, if necessary, the addition or subtraction of clauses, until a harmonised position can be reached among all stakeholders," the President said.

Museveni emphasised the need for carefully formulating the country's laws in a way that allows scientists to carry out research and make scientific breakthroughs, while at the same time safeguarding the beautiful ecology and diversity that God has bestowed on our country as well the interest of wananchi (citizens) who continue to depend on the land for their sustenance.

The President proposed various adjustments, including the need to ensure that the benefits of genetic inventions are shared equally between the breeder/inventor and the indigenous communities that have been the custodian of genetic materials through the ages.

"The law should clearly spell out how intellectual property rights and economic benefits will be shared with local communities," the President suggested. 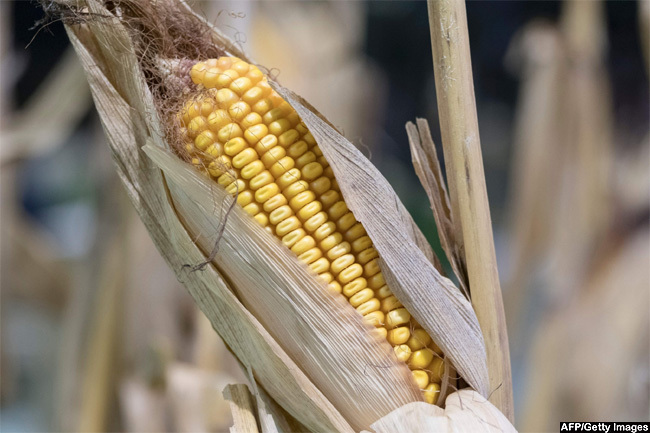 Museveni also wants stringent measures in the law, which will ensure that GMO crops do not contaminate the organic crops.

"The law must clearly spell out the isolation measures, such as greenhouses and isolation distances that will be applicable for any person involved in genetic material research and production.

"The law must also address the penalties that apply to any person who fails to apply these measures and allows the co-mingling GMO with non-GMO material," the President said.

He also suggested the need for measures guarding against use of poisonous and dangerous viruses and bacteria, as well as the use of chemicals, like glyphosate that have been suspected of causing cancer.

"This law should put in place safeguards to protect our soils from such contaminants. Specifically, we should prohibit the use of substances, like glyphosate, until we have developed our own scientific data showing that it is safe to use on our fertile Ugandan soils," the President said.

On the issue of strict liability, which was contentious as Parliament debated the Bill, the President proposed that once harm has been done by a genetic material/product, the burden of proof must rest with the inventor and introducer of the genetic material that caused the harm.

"We cannot expect our poor peasant farmer to marshal the necessary financial and administrative resources to develop the scientific and legal evidence with all its intricacies to defend himself or herself in court," he wrote.

"This introducer needs to take all necessary precautions to ensure that their invention does not harm the environment, animal and human life. Strict liability should apply to both the inventor and the person who introduces the product onto the Uganda market," the President added. 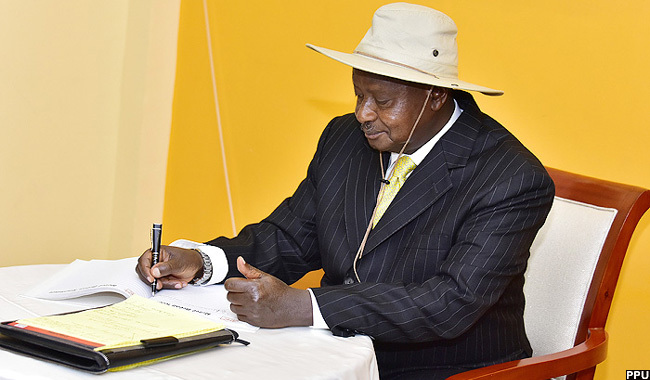 He also advised that the scope of the law needs to be limited by confining the country to biotechnology for crop yields and pest-resistance and leave out other forms, such as human cloning, gene editing and other methods, which are still the subject of debate around the world.

"Let us restrict ourselves to improving crop yields and increasing pest-resistance for the medium term and then open it up to other methods as our experience grows in this area," the President said.

Cautioning Parliament to tread carefully on the Bill, the President made reference to the "wonder drug" called thalidomide, which was licensed in the 1950s as a sedative and for the treatment of morning sickness in pregnant women, but several years later, it emerged that it led to severe birth defects in children.

"This teaches us: Firstly, that scientific inventions may cause harm to humans and that, this harm may not be apparent for many years. Therefore, manufacturers, inventors and introducers of genetic modified or engineered products must ensure that their products are safe and as such, accept strict liability in case the product does cause harm," he said.

The President also urged Parliament to guard against interests of various groups regarding the law, which could be against the interests of Ugandans.

"I do understand that there are large commercial interests behind the promotion of this technology. These commercial interests, however, need to be balanced against the need to protect the ordinary Ugandan citizen from real and potential harm, health and wellbeing rather than profit," the President said.

Museveni said his proposals necessitate reviewing some clauses of the Bill, like 6, 7, 10, 28, 29, 35, 38 and adding new clauses on benefit sharing, isolation measures, offences by corporate bodies and any other clauses that may be necessary to cater for the issues he had raised.

"I believe that addressing these issues will finally allow us to have a genetic engineering law that is pro-science, pro-people and pro-development," the President stated in the conclusion of his letter.

Is Uganda ready for GMOs?

GMOs: A good law will boost agricultural research and development

Crack down on sex traffickers

Crack down on sex traffickers