Police lines for reporting kidnap cases 'a...
Next Story

For Uganda to end period poverty, rural girls like these will need regular access to sanitary products (Photos by Richard Wetaya)

Aside from early pregnancies and marriages, girls' education in Uganda has also through the years, been negatively impacted by period poverty [The lack of access to menstrual education and sanitary products].

A Meniscus report by the BioMedical Centre indicates that school absence in Uganda is at 28% during period-days, compared to 7% in non-period days.

Needless to add, the drop-outs above, are pointers to period poverty, which has been made worse, on a year in, year out basis by the continued failure by several rural Ugandan primary and secondary schools to provide proper wash, sanitation and hygiene facilities and sanitary pads to learners, embezzlement of money set aside to buy pads and to improve school sanitary infrastructure in schools and the widespread stigma about menstruation in homes and public spaces. 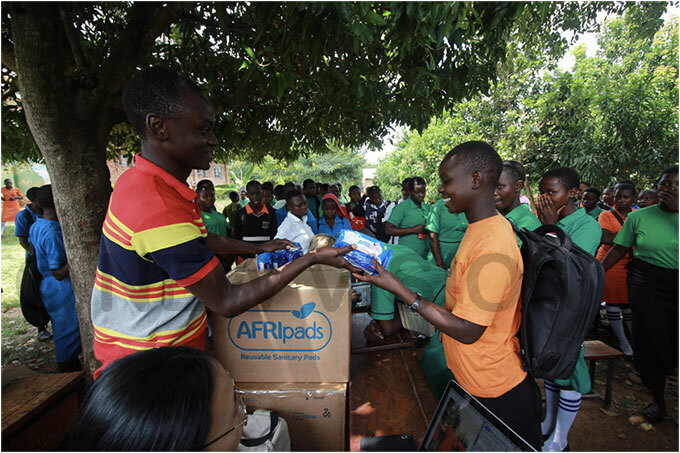 It is against this backdrop that Educationists like John Chrysostom Muyingo, Uganda's State Minister for Higher Education, warned that if nothing earnest is done about period poverty, the country will likely stumble in its quest to attain the Sustainable Development Goals (SDGs)

Speaking at a recent workshop to celebrate World Menstrual Hygiene day, Muyingo said: " The poor management of menstruation in schools is likely to have far-reaching implications, as the country strives to attain some of the UN's- Sustainable Development Goals.

Menstruation is not clearly enumerated in any of the SDG's targets, but there are clear linkages between adequate menstrual health management and SDG goals such as poverty reduction [1st], achieving good health and wellbeing [3], quality education [4], gender equality [5], water and sanitation [6] and inequality [10]."

He later noted that whereas there have been gaps in the Ugandan government's past interventions to end period poverty; there is a lot of headway being made in efforts to address the problem.

However, some experts have questioned whether indeed any progress is being made.

On the 8th of August, during a house sitting, the Speaker of Parliament Rebecca Kadaga tasked the President to explain his 2016 unfulfilled pledge to grant sanitary pads to girls in schools.

"Where is the progress when the government has not redeemed its pledge to distribute sanitary pads to girls in schools? Unless the government comes through on its promises and unless it addresses the bottlenecks affecting the distribution of sanitary pads in communities and schools like corruption, period poverty will still rear its ugly face," Lydia Nakaweesi, an education consultant with the  East African Partnership for Education, says. 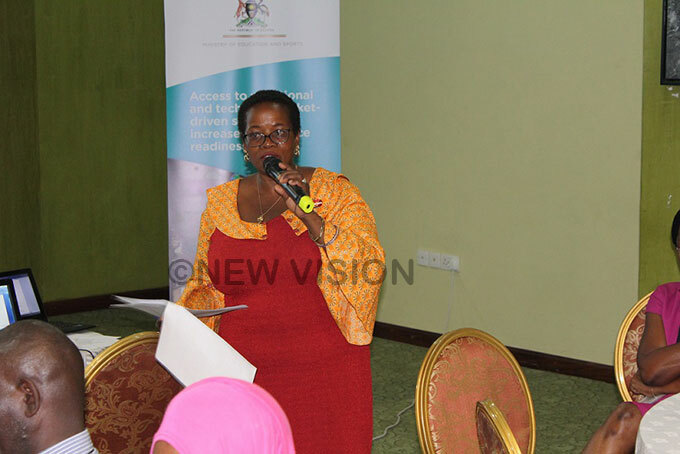 Angela Nakefero, technical director of the gender unit at the education ministry says the web of awareness about menstruation health management in the country is unraveling

Muyingo, however, says one of the pointers to the government's commitment to fight period poverty is the revised national sexuality education framework.

"That framework and the national school health policy will soon guide the teaching of sexuality education for Uganda's youthful population.  That will mean detailed curriculum lessons about menstruation for learners, everywhere," Muyingo said.

"The government has also developed age-appropriate information packages about menstruation for learners and they are being distributed in schools."

Muyingo also added that priority was being placed on building capacity for senior male and female teachers to support girls on managing the physical and psychosocial changes associated with menstruation.

"Besides that emphasis is also being laid on training learners, in disadvantaged areas in making sanitary pads and providing the requisite menstrual hygiene infrastructure in schools.

In line with the provision of proper sanitary infrastructure, the government has partnered with the Ugandan Red Cross in the "KEEP A GIRL IN SCHOOL INITIATIVE" whereby sanitary towels are distributed to schools as per the 2016-2020 NRM manifesto.

A water, sanitation and hygiene mapping carried out by the education ministry, UNICEF, Water Aid and Water for people in 2016 cast light on the achievements registered in the provision of access to water and latrine coverage, which were hitherto, unknown.

The findings indicated that over 80% of schools had access to water, while schools with latrines were at 98%.

The challenge, however, was that some schools were unable to maintain the facilities well.

The government also waived taxes on sanitary towels in the financial year 2017-2018 in order to reduce their costs.

Angel Nakafero, the technical advisor in the gender unit at the education ministry, says the web of unawareness about menstrual health management in schools is slowly unraveling, because of the government's concerted efforts.

Critics have often noted the lack of substantive menstrual health programs of study in Ugandan schools is one of the reasons, menstruation stigma persists. 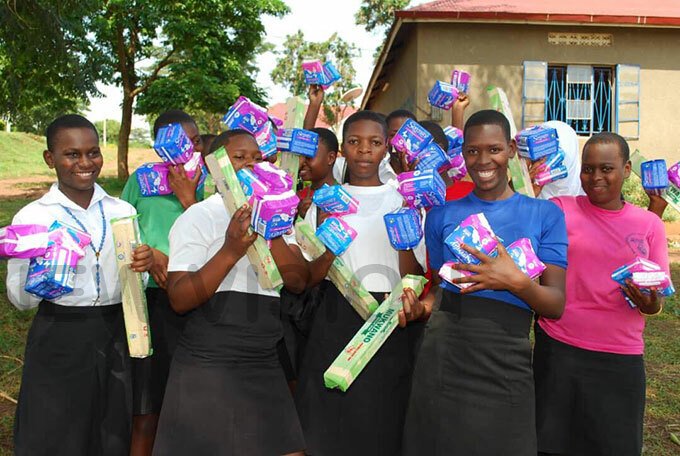 How to deal with the other challenges

To beat remaining bottlenecks in the fight against period poverty and in availing sanitary pads to girls in schools, principally corruption and red tape, experts are proposing that the government adopts the blockchain technology and innovative cryptocurrencies such as the Pink care token.

Jill Ni, Director of the Binance Charity Foundation which is using the technologies in Uganda says Blockchain and cryptocurrency technologies will make the entire sanitary products donation process transparent and eliminate any possible corruption.

"We send crypto donations directly to the girls in need, and they can use that cryptocurrency to redeem for sanitary pads from the supplier," Ni says.

"The supplier then exchanges for Uganda shillings on Binance Uganda exchange. No other party can touch the donations. This way, we are also able to easily track the number of girls who received the donations. In Uganda, the initiative has already covered 4 schools and almost 1,400 girls in Luuka and Iganga areas, with a target to support 50,000 girls in Uganda by the end of this year."

The technology, benchmarked in countries such as India, Pakistan, and Kenya, has helped many young adolescent girls to overcome period poverty.

"The government is already partnering with the AFRIpads Foundation, a local manufacturer of re-usable sanitary pads, who supply pads to girls in schools across the country. There is a high prospect of taking on the blockchain technology and Pink care token so that we can reduce the corruption involved in the sanitary products procurement processes," Nakafero says.

Girls should be proud of menstruation

Why should menstruation be an embarrassing experience?

Should women be given menstruation leave?

SafeBoda: From ferrying passengers to delivering ARVs and Condoms