What you need to know about Ebola

Uganda has been hailed for its efforts in keeping the Ebola outbreak at bay. But how much do you know about the deadly virus?

Scientists are trying to come up with an effective vaccine against Ebola. (AFP/Getty Images)

Uganda has been hailed for its efforts in keeping the Ebola outbreak at bay. But how much do you know about the deadly virus?

Regularly wash your hands with soap and water, keep latrines/toilets and door handles clean and regularly wash utensils and clothes.

Members of the public are encouraged to follow the above three steps to prevent the deadly Ebola.

On Friday, a nine-year-old girl from neighbouring DR Congo died of Ebola.

The child, who was of Congolese origin, was diagnosed after exhibiting symptoms at a border crossing in the southwestern Kasese district on Wednesday. She was subsequently isolated and transferred to an Ebola treatment unit.

A rapid response team had been dispatched to Kasese to support local teams, the health ministry said.

Uganda has been hailed for its efforts in keeping the Ebola outbreak at bay. The health ministry on Monday posted a video on Twitter on what you need to know about Ebola.

Watch this video 👇🏽 to know more about #Ebola. #PreventEbola pic.twitter.com/JOPOFkyldL


Earlier this month, Uganda said it had started a trial of an experimental Ebola vaccine that may be used in neighbouring DR Congo where an outbreak of the disease has killed more than 1,900 people.

The trial of the MVA-BN vaccine developed by Johnson & Johnson is expected to last two years.

At present, there is no licenced drug to prevent or treat Ebola although a range of experimental drugs are in development. 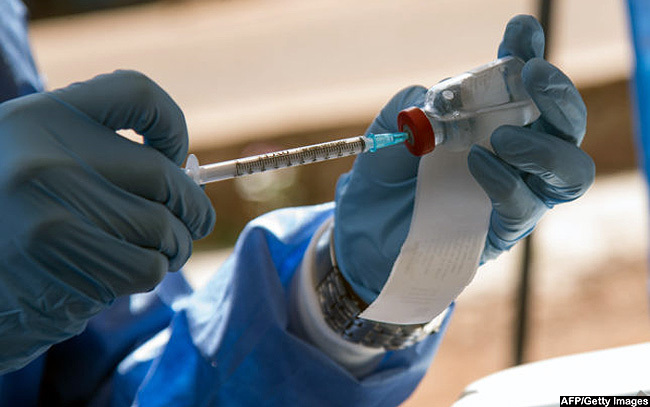 For now, there is no licenced drug to prevent or treat Ebola

Uganda has suffered Ebola outbreaks in the past but nothing on the scale of the DR Congo epidemic, which began in August 2018.

Uganda has been declared Ebola-free but in June three people from one family died there from the haemorrhagic fever after crossing back from DR Congo.

EBOLA: PROFILE OF A KILLER

The Ebola epidemic which has claimed more than 2,000 lives in the Democratic Republic of Congo (DRC), according to a new toll released Friday, is the second-deadliest on record.

Here are some facts about the virus, which has killed around 15,000 people in a known history of 43 years.

Ebola haemorrhagic fever was first identified in 1976 after Belgian-led scientists probed a string of unexplained deaths in northern DRC, then known as Zaire.

The disease was named after a river nearby.

The virus that causes Ebola is believed to reside in bats, which do not themselves fall ill but can pass it on.

Chimpanzees, gorillas, monkeys, forest antelope and porcupines can become infected, and humans who kill and eat these animals can catch the virus through them. Infected humans, in turn, contaminate other people through contact with their body fluids.

The average fatality rate is around 50 percent, the World Health Organization (WHO) says.

Ebola is difficult to contain, especially in urban environments.

People who are infected do not become contagious until symptoms appear, which is after an incubation period of between two and 21 days.

Patients and people who have been in contact with them are routinely isolated. 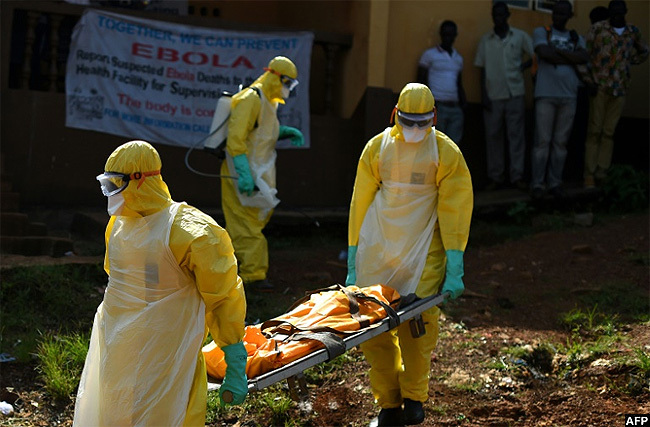 The worst Ebola epidemic started in December 2013 in southern Guinea and spread to the neighbouring West African countries of Liberia and Sierra Leone.

It claimed the lives of more than 11,300 people from the nearly 29,000 registered cases, according to WHO. It declared the epidemic over in March 2016.

More than 99 percent of victims were in Liberia, Guinea and Sierra Leone, although cases occurred elsewhere through international travel, sparking panic.

The current epidemic was declared on August 1, 2018 in eastern DRC's North Kivu province, on the border with Uganda, and spread to neighbouring Ituri and South Kivu.

Since then it has claimed 2,006 lives, out of nearly 2,900 confirmed cases, according to figures released on Friday by the country's health officials.

The WHO on July 18 declared the outbreak a "public health emergency of international concern," a rare designation only used for the gravest epidemics.

It is the tenth outbreak in the country, and the second worst in Africa.

Search for a vaccine

At present there is no licenced drug to prevent or treat Ebola although a range of experimental drugs are in development.

After last August's outbreak, health authorities in DRC began issuing the rVSV-Zebov vaccine on a large scale for the first time.

Developed by the US pharma group Merck, the vaccine is unlicenced but has been shown to be safe and effective, and the WHO has called for its deployment to be expanded.

So far nearly 200,000 people have been vaccinated in DRC.

Uganda said in early August it had started a trial of another experimental vaccine, the MVA-BN, developed by Johnson&Johnson.