Genome editing a potential to eliminate hu...
Next Story

Sudan's Bashir charged with illegal use of foreign funds

Speaking for the first time in court, 75-year-old Bashir said the seized funds were the remainder of the equivalent of $25 million that he had received from the Saudi crown prince.

Speaking for the first time in court, 75-year-old Bashir said the seized funds were the remainder of the equivalent of $25 million that he had received from the Saudi crown prince.

Sudan's ousted president Omar al-Bashir was charged in court Saturday with illegal acquisition and use of foreign funds, offences that could land him behind bars for more than a decade.

Bashir, who was deposed in April following months of mass protests against his rule, appeared in court in a black metal cage wearing the country's traditional white attire and turban.

Judge Al-Sadiq Abdelrahman outlined the charges at what was the third session of the trial, saying foreign funds of multiple currencies were found at his home.

Authorities had "seized 6.9 million euros, $351,770 and 5.7 million Sudanese pounds at (Bashir's) home which he acquired and used illegally", said Abdelrahman. 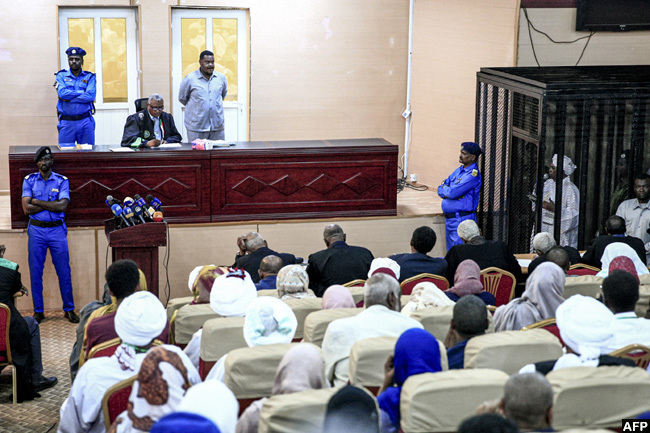 Bashir appeared in court to to face charges of illegal acquisition and use of foreign funds.

Speaking for the first time in court, the 75-year-old Bashir said the seized funds were the remainder of the equivalent of $25 million that he had received from the Saudi crown prince.

"My office manager... received a call from the office of Saudi Crown Prince Mohamed bin Salman saying he has a 'message' that will be sent on a private jet," Bashir told the court.

"We were told that the crown prince did not want his name to appear (linked to the transaction)... and if the funds were deposited with Sudan's bank or the finance ministry, the source would have to be identified," he said.

Dozens of Bashir's relatives attended Saturday's session, chanting "Allahu Akbar (God is Greatest)" as he entered the courtroom pointing his index finger to the sky.

Bashir failed to specify when the funds were received but said they "were not used for private interests but as donations".

The funds were used to support individuals and entities including wheat import companies, a university and a hospital, he said.

Sudanese law punishes illegal acquisition of wealth by up to 10 years in jail while illicit use of foreign funds carries up to three years, according to judge Abdelrahman. 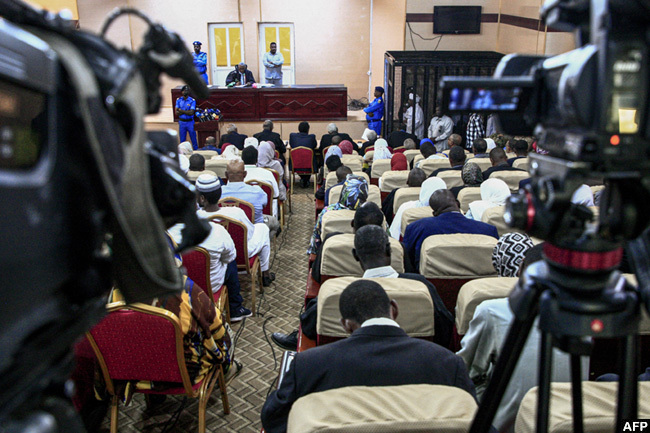 Bashir's defence lawyers insisted their client was "not guilty" and said witnesses would be brought to court.

"We have witnesses, proof and documents that we will present to court to refute these charges," said lawyer Ahmed Ibrahim al-Taher.

An investigator had previously told the court that Bashir received $90 million in cash from Saudi royals including payments of $35 million and $30 million from Saudi King Abdullah, who died in 2015.

After two and a half hours, the judge ordered that the trial be adjourned until September 7.

He was escorted to and from the Khartoum courthouse by a convoy of military vehicles, as dozens of his supporters were gathered outside waving Sudanese flags. 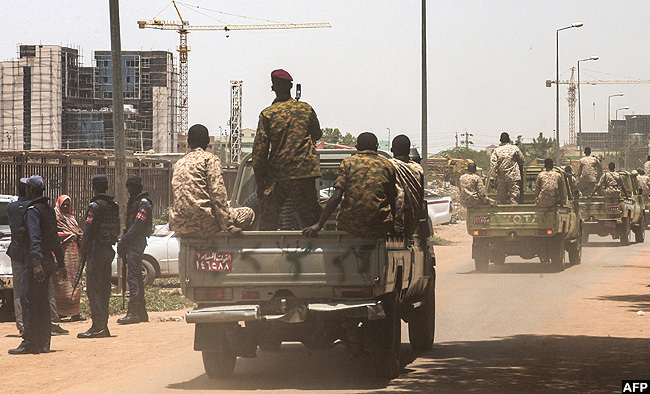 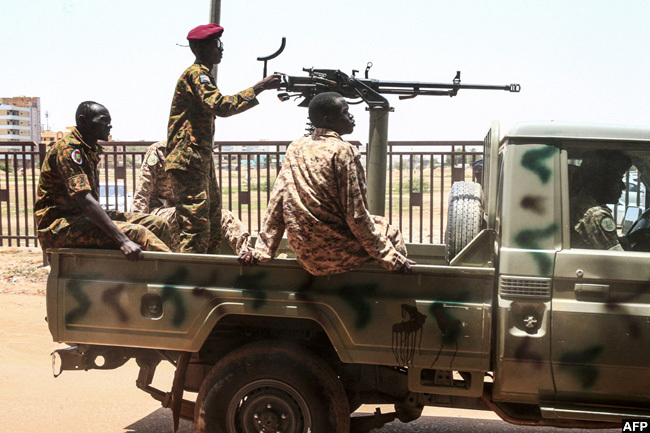 Following his ouster, Bashir was transferred to the capital's maximum-security Kober prison, where thousands of political prisoners were held during his 30 years in power.

Sudan has embarked on a transition to civilian rule following a power-sharing deal signed on August 17 by protest leaders and the generals who ousted Bashir.

A civilian-military ruling body is now at the helm to steer the country through a three-year transitional period.

Protesters have called for Bashir to face justice not just over corruption but for his role in the country's deadly conflicts as well as repression of dissent.

Bashir is wanted by the Hague-based International Criminal Court over his role in mass killings in the western region of Darfur.

More than 300,000 people were killed and 2.5 million displaced in the conflict which erupted in 2003, according to the United Nations.

"Now is the time for the people of Sudan to choose law over impunity and ensure that the ICC suspects in the Darfur situation finally face justice in a court of law," ICC prosecutor Fatou Bensouda told the UN Security Council in June.

Sudan's prosecutor general has said Bashir would also be charged over the killings during the anti-regime protests which eventually led to his ouster.

Battle for change far from over for women in new Sudan

How the crisis in Sudan unfolded

Does KCC FC have what it takes?