MPs call for strong measures to curb defor...
Next Story

Baker Kasumba, 21, had gone to visit his mother who he had not seen in a long time when he was waylaid.

Baker Kasumba at Mulago Hospital where the six-inch nails were succesfully removed by doctors. Courtesy Photo

Baker Kasumba, 21, had gone to visit his mother who he had not seen in a long time when he was waylaid.

WARNING: Distressing images in the story

KAMPALA - Police in Wandegeya is investigating an incident in which a 21-year-old man who was wearing a National Resistance Movement (NRM) cap was attacked by two men who later drove nails through his hands.

According to Police, Baker Kasumba, a resident of Avis Kivvulu in Kawempe division, was intercepted near the Northern Bypass flyover in Kalerwe by two unknown men who assaulted.

According to Kasumba's statement to Wandegeya Police, he on Wednesday left his workplace at Jesco Ham Shopping Centre at 10:00 pm heading home.

Along the way, Kasumba who hadn't visited his mother in a long while who resides in Kawempe too decided to go and check on her.

"He decided to take a short route through Kalerwe where old vehicle spare parts are sold. As he was about to reach the flyover, two men came and hit him on the head. He became unconscious and the two men grabbed him and nailed his hands using six-inch nails," Kampala Metropolitan Police spokesperson Patrick Onyango said in a statement on Thursday.

According to Onyango, two ladies who were also searching for their missing child stumbled upon Kasumba's tormentors in the act and they sounded made an alarm which prompted the assailants to flee. 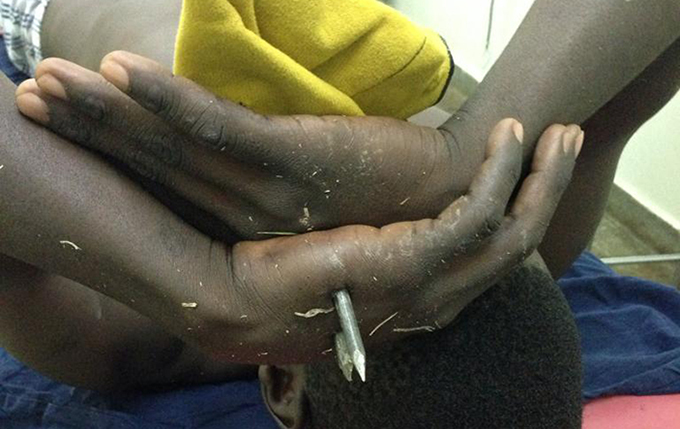 "The women thought the men were trying to kidnap their child who had gone missing," Onyango said.

Following the alarm from the two ladies, Police at Kibe Police Post responded and rescued Kasumba who was unconscious. They rushed him to Mulago Hospital where he is currently receiving treatment.

Onyango said Kasumba, who is currently out of danger, narrated that before the attack, he was confronted by a stranger who warned him against supporting NRM and President Yoweri Museveni.

Kasumba reported that the confrontation happened while he was at his workplace at Jesco Ham Shopping Centre on August 25.

Onyango said they believe the attack on Kasumba was planned. "The attackers seem to have trailed him all the way from his workplace. This kind of political violence cannot be allowed in Uganda. This is not a good political strategy to whoever is using it," he pointed out. 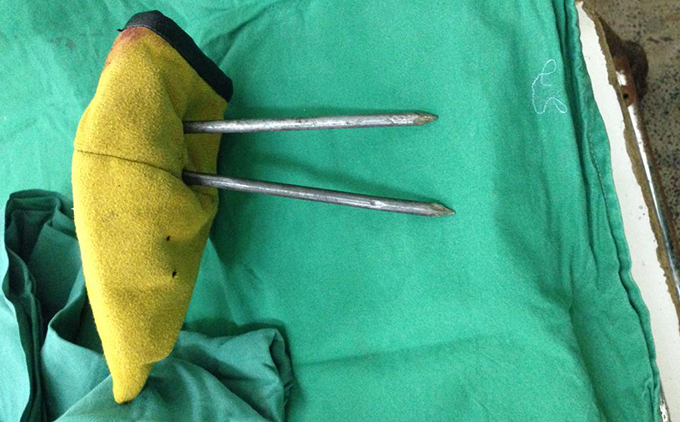 Onyango noted that Uganda is a free country where everyone is free to express his/her political affiliation the way they want.

Kasumba joins a list of several NRM supporters, mostly politicians, who have come out and reported to the Police over threats to their lives for mainly supporting the Constitutional (Amendment) Bill that lifted the presidential age limit.

Among them is Kassanda South MP Simeo Nsubuga who was publicly attacked in 2017 during the 24th coronation anniversary of Kabaka Ronald Mutebi in Mubende by William Ntege popularly known as Kyuma Kya Yesu for his role in promoting the controversial amendment.

Since then, most of the threatened politicians have had their security beefed up by sharpshooters from the Special Forces Command.