DR Congo president warns over risk to fore...
Next Story

According to the agreement signed in Luanda Angola on Wednesday, Uganda and Rwanda will resume cross border activities. The agreement adds that whatever was agreed upon takes immediate effect.

President Yoweri Museveni has thanked his Angolan counterpart, Joao Manuel Lourenco, for overseeing a reinforcement process that has culminated into Uganda and Rwanda signing a pact to improve there political and economic relations.

The President was today (Wednesday) speaking in the Angolan capital Luanda, shortly after President Paul Kagame of Rwanda and himself signed a memorandum of understanding meant to resolve tensions existing between the two countries. 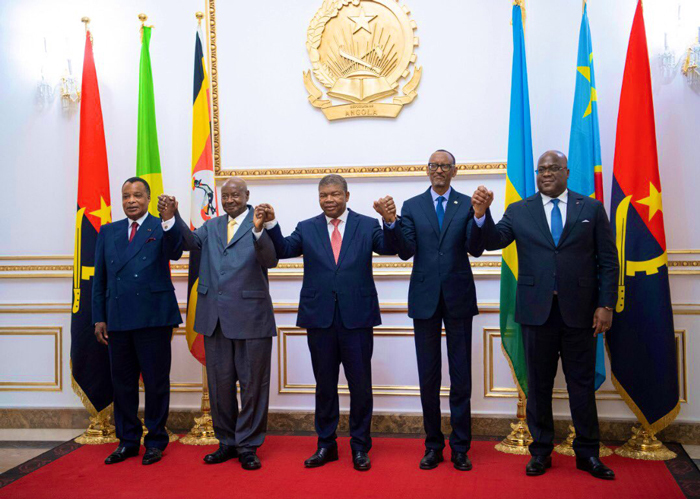 "I thank President Lourenco and Felix Tshisekedi of DR Congo for coming in so that we share the information we had and ensuring that we have a communiqué with Rwanda," he said.

President Museveni noted that he was already in touch with Kagame to seek a resolution to the issues between the two countries when Presidents Lourenco and Tshisekedi invited him to this summit.

"I was already in touch with President Kagame through our own channels, but this came as a reinforcement. We are just re-affirming what we have always held as principles of the African Union," he said during a media briefing at the plush gardens of the Presidential Palace in Luanda.

The leaders of Angola and DR Congo are the facilitators of the agreement whose signing yesterday began with a quadripartite summit on July 12th, where the four leaders met and agreed to begin a resolution process. 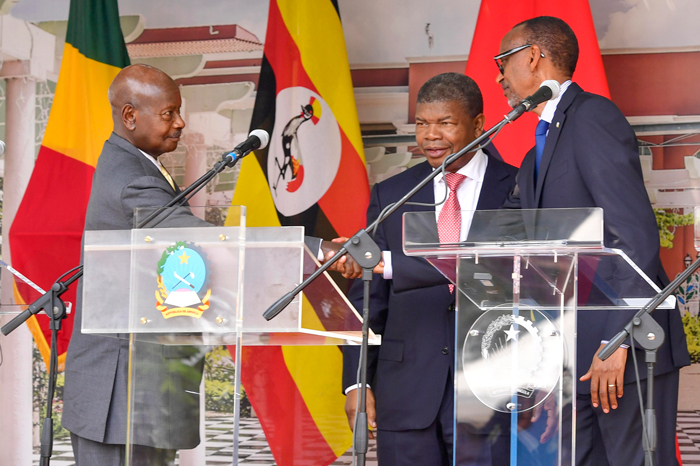 THE AGREEMENT
In the Luanda Agreement signed on Wednesday, the Ugandan and Rwandan leaders agreed to respect each other's sovereignty and of neighbouring countries.

They committed to refrain from actions conducive to destabilization or subversion in the territory of the other party or neighbouring countries and also eliminate all factors that may create such perception, as well as financing, training, and infiltration of destabilising forces.

The leaders will respect and protect the rights and freedoms of the nationals of the other party residing or transiting in there national territories, in accordance with the laws of there countries.

The pact indicates that the two countries will resume cross-border activities, including the movement of persons and goods.

To implement these resolutions, the leaders agreed to establish an ad-hoc commission headed by ministers of foreign affairs and composed of ministers of internal affairs/Administration and heads of intelligence, to see this through. 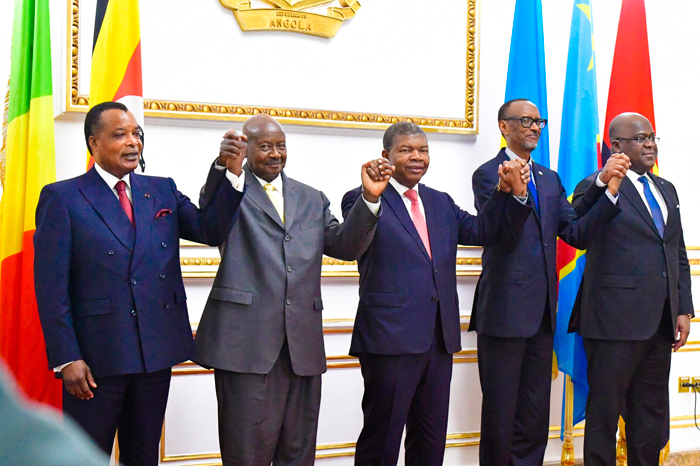 "The signing alone cannot replace the problem," he said. "The solution resides in the political will of the leaders to take full commitment to respect what they have signed and we are very certain they will do that."

Co-facilitator President Tshisekedi was also full of praise for the two principals, calling them  "great Presidents" who had seen the need to end the conflict and consider the superior needs of there nations.

President Dennis Sassou Nguesso of Congo-Brazzaville, who was the chief guest by virtue of being chair of the International Conference on the Great Lakes Region, said the agreement was a reflection of well-known African traditions of solving problems through dialogue.