We are not yet there, says rugby coach Sseguya

Uganda plays Zimbabwe on Saturday in its second leg. The hosts won the first leg in Kampala 31-26

Desire Ayera in action during the game between Uganda and Zambia. PHOTOS: Richard Sanya

Uganda plays Zimbabwe on Saturday in its second leg. The hosts won the first leg in Kampala 31-26

Victoria Cup: Uganda 38 Zambia 22
Despite a 38-22 win over Zambia in the Victoria cup, Rugby Cranes coach Robert Sseguya was not impressed with the performance of his charges.
After the game at Kyadondo on Saturday, Sseguya said he was concerned with the way his team conceded tries early in the game.
"Yes I'm happy we won, but not convinced with today's win because we conceded many points," Sseguya said.
"I observed that there are a few problems to solve. We have for the second time conceded early tries which disorganise the team and game plan. Today's early try was like the one we conceded against Zimbabwe and that is the area we have to address before our next team," Sseguya said.
Uganda plays Zimbabwe on Saturday in its second leg. The hosts won the first leg in Kampala 31-26. 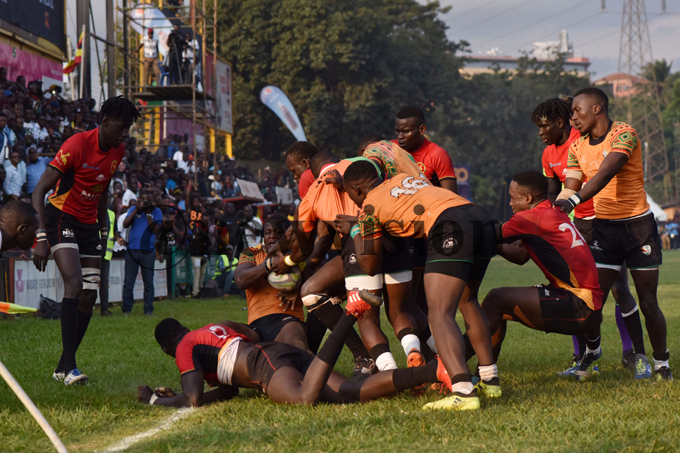 Sseguya also added that the team breakdowns have to be also addressed before the next game because the boys lost many balls in the tackles.
"We were not focused on the breakdowns. We lost many balls and that is also going to be our focus as we resume training on Monday," he added.
He, however, also expressed his satisfaction with the performance of rookie Faragio Odugo, Desire Ayera, Paul Epilo and Eliphaz Emong who executed their roles perfectly.
Meanwhile, Desire Ayera who was voted man of the match attributed his performance to his teammate but most especially his mother Brenda Nerima who is his source of strength. 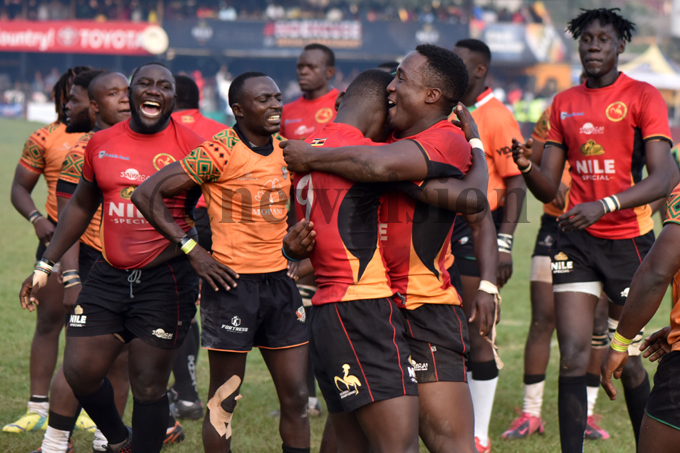 "It is great being man of the match in such an international game, but I have to thank my teammate and coach who have confidence in me because without them, I cannot shine,"
Philip Wokorach scored a try, three penalties and two conversions, while Ayera, Justin Kimono and Emong and Odugo managed a try each for Rugby Cranes.
The team was later congratulated by the South Africa and USA envoys who pledged support to the team.