Home
NEWS
Media
Supplements
Tenders
Notices
“The Pakistan community would equally want to contribute to Uganda’s development by investing especially in Agriculture produce, but most of them need government help to ease the process of land acquisition, Nakadama said at the function.

“The Pakistan community would equally want to contribute to Uganda’s development by investing especially in Agriculture produce, but most of them need government help to ease the process of land acquisition, Nakadama said at the function.

A section of Pakistan Nationals, some of them with Ugandan citizenship have expressed concern over the bureaucratic process in Uganda's land system.

"Sometimes it may take forever" a Pakistan/Ugandan National who preferred anonymity stated. "We hope our consulate will help us solve this problem" He added.

It was during the celebrations of the 14th August Pakistan independence day held by the Pakistan community under the Pakistan Association in Uganda at an only male attended the function at the Pakistan consulate in Ntinda suburbs  Kampala. 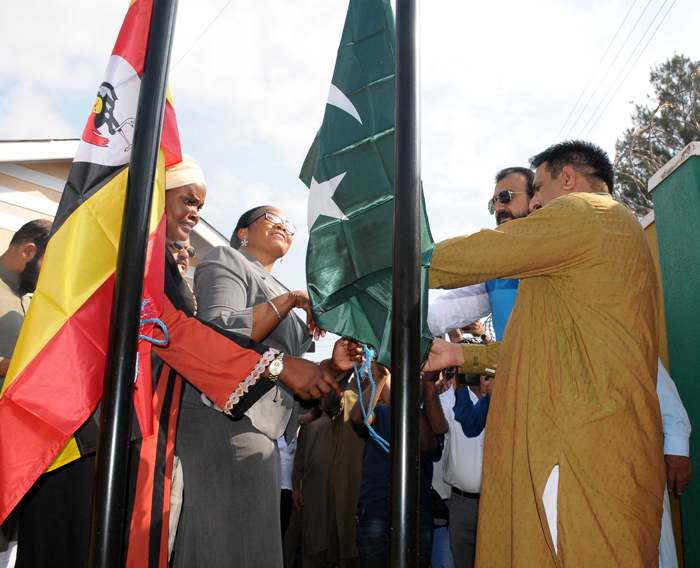 Perhaps for fear of retribution, most of the affected Pakistanis were not willing to openly speak but their consular Lukia Nakadama (former minister) did. She expressed government willingness to find a solution and support for the investors.

Her first move was to invite the state minister for Lands Persis Namuganza as the guest of honor at tods colorful independence celebrations.

"The Pakistan community would equally want to contribute to Uganda's development by investing especially in Agriculture produce, but most of them need government help to ease the process of land acquisition, Nakadama said at the function.

She said  Pakistan has many potential investors who would (If given the opportunity) employ a number of Ugandans, but also widen the country's tax base.

Namuganza pledged government support towards the Pakistanis' requests saying that the government does not discriminate among investors. "We treat all investors in the same way and we always work towards creating a conducive environment for every one of them both local and foreign." She said. 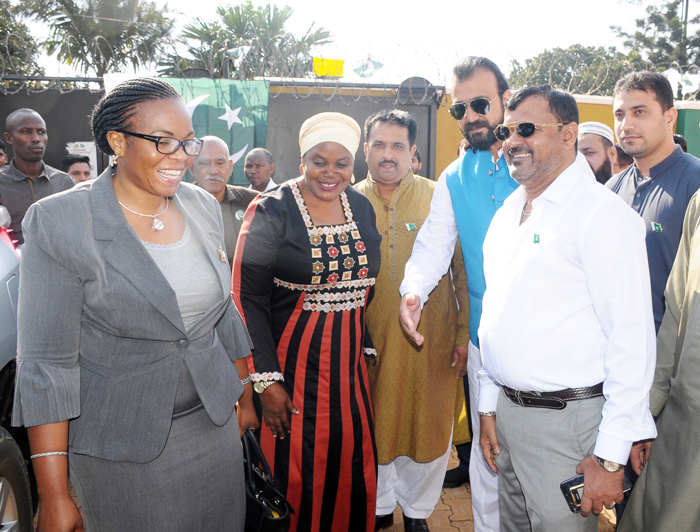 She added that she has been receiving such requests of assistance especially from Pakistan rice farmers and she has "Always helped them".  Namuganza urged the leaders of the Pakistan Association in Uganda to lead their members to her office which "is always open for everyone" so that they can receive the necessary assistance.

Meanwhile, Nakadama warned Pakistan businessmen against internal disputes and fights, saying that such conflicts cripple efforts of development for both the Pakistan community but also Uganda's business community.

She highlighted the fact that she has received several cases in her office related to fights between Pakistan businessmen and although she has tried to settle them amicably, many of them seem to be endless and unsolvable.

"You should accept competition amongst yourselves because it indicates a healthy environment for doing business" She advised them.

On the contrary, Imran Nadeem the Secretary-general of the Pakistan Association of Uganda clarified on what Nakadama referred to as ‘Internal fights' saying that "What she calls fights is Just competition among ourselves. We do not have any conflicts at all" he stressed. Nadeem, however, contradicted himself with a rejoinder to his statement that "All business communities compete and sometimes disagree, Coca-Cola competes with Pepsi and you can't call that fighting. I can't say that she was lying but I believe we don't fight; we only compete" seemingly confirming Nakadama's claim.

Namuganza also reiterated Nakadama's words by advising members of the Pakistan community to love one another even if they are competitors in the same business, but also love all other races including Ugandans and other foreign Nationals.

About the Kashmir conflict
Commenting about the ongoing conflict between India and Pakistan over Kashmir territory on the borders of the two countries, Nadeem and other leaders of the Pakistan community in Uganda expressed agony over what they call "Inhuman acts committed against Kashmir residents by the Indian government of India".

"We stand together in solidarity with our brothers, sisters and children in Kashmir, while calling upon the Indian government to respect the United Nations council resolution which states that the people of Kashmir have the right to decide whether they belong to Pakistan or India" Nadeem added.