Kyambadde thanks KCCA fans as he completes...
Next Story

The President stressed the need for sportsmen and women to maintain fitness, discipline as well as maximising the potential

The President stressed the need for sportsmen and women to maintain fitness, discipline as well as maximising the potential

President Yoweri Museveni on Tuesday flagged off over 800 Ugandan athletes who will represent the country in the Federation of East African Secondary School Sports Associations (FEASSSA) Games scheduled to take place from August 15-25 in Arusha, Tanzania.

During the ceremony that took place at State House in Entebbe, Museveni stressed the need for sportsmen and women to maintain fitness, discipline as well as maximising the potential of their bodies on top of building a character of resilience if they are to succeed in their endeavours.

"To be a successful sportsperson, you must have discipline. It also trains your character and teaches you perseverance," he stressed. 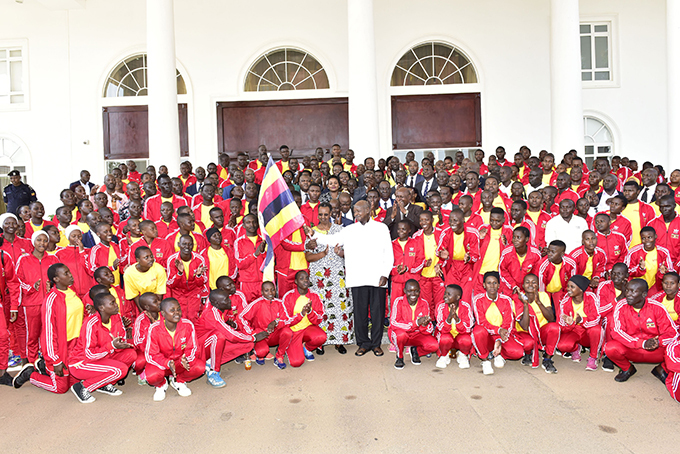 The teams that were flagged off comprise footballers, basketball, volleyball and handball players. Other disciplines are woodball, hockey, lawn tennis, table tennis, badminton, swimming and rugby, among others.

President Museveni emphasised to the contingent that sports, as a discipline for personal development as well as society and business, provides benefits that can be tapped into. He urged them to work together to achieve a lot in what they do.

The First Lady and Minister of Education and Sports, Janet Museveni, thanked God for the opportunity team has gotten to go and represent the country.

She expressed her confidence that they will achieve success in their endeavour.