Police is investigating Italian Franco Corona, a resident of Hong Kong, over allegedly faking his kidnap, after getting trapped in a fake gold deal

Police is investigating Italian Franco Corona, a resident of Hong Kong, over allegedly faking his kidnap, after getting trapped in a fake gold deal

Barley six months after 16 criminal gangs including syndicates involved in fake gold scams were dismantled, the Police have cautioned against fresh pockets that have emerged dealing in bogus gold deals and fleecing foreigners.

According to the Police, the fake gold dealers are part of the previous gangs that were dismantled but (at the time) managed to elude justice by fleeing the country when security agencies cracked a whip.

"They are back and we are tracking those down," Police spokesperson Fred Enanga announced on Monday.

Enanga made in light of Police's Criminal Investigations Directorate (CID) actively investigating the circumstances under which an Italian national a resident of Hong Kong, Franco Corona, allegedly faked his kidnap after falling into the familiar trap of investing in gold.

According to Enanga, the probe followed an international call from Corona's mother, Mirella Corona, 91, on August 8 to the Inspector General of Police, Martins Okoth Ochola, expressing fears that her son who flew to Uganda from Hong Kong on August 2 had informed her that he was being tortured by dealers who were supposed to sell him gold.

Subsequently, Ochola directed elite Police units to embark on a manhunt for Corona who was traced to Grand Imperial Hotel in Kampala.

Preliminary Police findings have established that Corona came to Uganda to purposely transact in gold.

When addressing the press on Monday, Enanga said that Corona met with Congolese dealers who sold him fake gold nuggets and upon realising he had been duped, he returned to Hong Kong.

On August 2, he returned to Uganda, booked accommodation at Ivory Castle Hotel in Muyenga until his disappearance on August 4th. 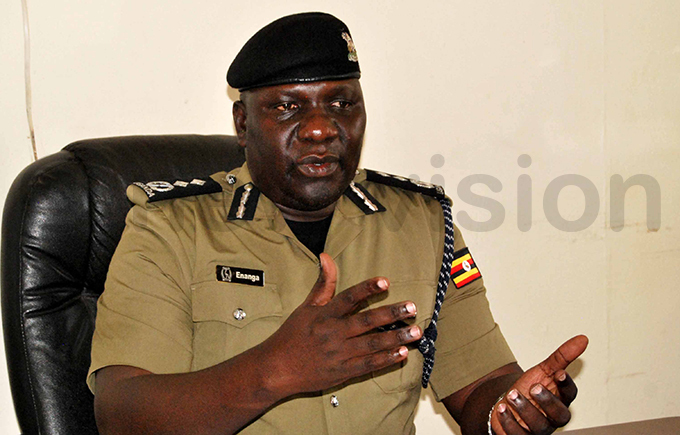 However, Police was able to establish that on August 5, he went to a jewellery shop at Sheraton Hotel with the samples for evaluation where it was established to be fake gold.

Corona deposited his Italian passport no. YB3010126 which he retrieved on August 7 upon clearing testing fees of $400 (about sh1.4m).

He left for Entebbe International Airport, where he was arrested for being in possession of undeclared gold.

It was confiscated after it was established to be fake gold and Corona was released on Police bond and ordered to report back on August 12.

Enanga said that the Italian fabricated his story because it has since been established that he was never at risk. He is cooperating with the task team that is also investigating the gold transaction.

"Despite the crackdown on fake gold dealers, this shows fraudsters still exist. The fraudsters use gold plated metal bars, nuggets or powder to dupe their victims, majorly foreigners," Enanga said.

Explaining how the dealers operate, Enanga said they show prospective buyers (routinely foreigners) a piece of genuine gold as a sample before entering a sale agreement. Prospective buyers fall into the trap with the expectation of making huge profits.

In a passionate plea, Enanga appealed to all prospective buyers in the gold industry to purchase gold from authorised dealers with valid trading licenses.

He advised that they can also seek guidance from the trade ministry, the department of mines and geological surveys, Uganda Investment Authority and the Police's minerals enforcement unit, before transacting in any minerals.

Father of three among those trapped in Jinja collapsed building