MENU
Did you know the values of cassava leaves?
Previous Story

How Musasizi defied odds to become IT boss...
Next Story

Cases of severe Malaria are escalating among pregnant women and children under the age of five, Dr. Myers Lugemwa, a malariologist has revealed.

This he said has led to abortions, stillbirths and blood transfusions among the children. An abortion that occurs without intervention is known as a miscarriage or spontaneous abortion. An abortion can also be carried out to save the life of a pregnant mother.

Lugemwa, also a technical advisor to the National Malaria Control Programme under the health ministry, said severe Malaria is a type of malaria with complications that can lead to death.

These include severe anemia, kidney failure, cerebral malaria, severe dehydration due to vomiting and diarrhoea, paralysis, as well as permanent brain damage and brain impairment where one's intellect is reduced.

"This type of Malaria is treated as an emergency in an efficient health facility because one will need oxygen, blood, intravenous fluids, good laboratory investigations, and an x-ray," Lugemwa said.

It is against this background that he is appealing to all pregnant mothers to heed to the health workers advice and for the population at large, to practice good hygiene measures to prevent mosquitoes from breeding in their homes.

"I visited a small health centre III in Oyam district last week and they had registered five abortions in one week, all due to Malaria. I also went to Pope Paul Hospital in the same district and they had carried out 59 blood transfusions on children with severe malaria, in a week," Lugemwa said.

"People must listen to the messages of health workers because there are preventive measures that can rid people of Malaria," he added. 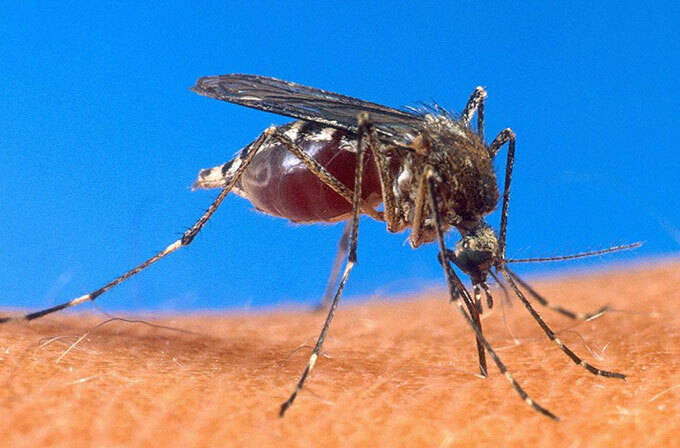 Lugemwa was speaking to the New Vision on the sidelines of a US Congress staff visit to the health ministry last week.

This was after one of the US congress staff asked about the challenges Uganda faces in the health sector.

The team was in the country last week to find out how Uganda was implementing malaria programs supported by USAID, Global Fund and UN bodies.

Malaria is the number one cause of morbidity and mortality in Uganda. It is caused by parasites that are transmitted to people through the bites of infected female Anopheles mosquitoes. It is, however, preventable and curable.

Recent statistics from the National Malaria Control Programme under the Health Ministry revealed that the prevalence of Malaria had dropped from 19% in 2014 to 9% in 2018/2019.

Dr.Charles Olaro the director clinical services addressing the United States congressional staffers at the Ministry of Health offices in Kampala on Friday. (Photo by Karim Ssozi)

This according to Dr. Jimmy Opigo, who heads the programme, was made possible through the distribution of treated mosquito nets, early diagnosis, and treatment among others.

However, despite the interventions scaled up by the ministry, some people do not practice good hygiene measures within their homesteads which leads to breeding of the mosquitoes.

"Make sure you clear bushes and places where mosquitoes can breed from, also close windows early enough and ensure that you sleep under a treated mosquito net," Lugemwa said.

For expectant mothers, Lugemwa advised that they heed to the medics call of taking preventive tablets called Fansidar after the third month of their pregnancy and up to the time of delivery with a month apart.

Malaria leading cause of death in Uganda

Gov't rolls out new drug to wipe malaria out of Uganda

Vehicles from Sudan to be sprayed against bird flu