"Uganda remains a peaceful and secure country and all efforts are to ensure that law and order is upheld in the tourism sector and the country at large."

Uganda receives thousands of visitors every year, some of whom are gorilla-tracking enthusiasts. (File photo)

"Uganda remains a peaceful and secure country and all efforts are to ensure that law and order is upheld in the tourism sector and the country at large."

Visitors to Uganda have been reassured of security following the arrest of a tour operator suspected of fleecing tourists in Kabale.

Richard Tusasibwe, the director of Gatatu Safaris Limited, was taken into the custody of tourism Police on allegations that he fleeced tourists of $21,500 (nearly sh80m).

He was arrested at Arcadia Cottages near Lake Bunyonyi, where he had taken other tourists for a trip. He had reportedly been on the run for a fortnight.

"Rogue tour operators are a peril to the growth and development of the sector," said Uganda Tourism Board (UTB) quality assurance manager, Samora Semakula.

"Uganda Tourism Board will continue to work with the tourism Police and other players in the sector to ensure that the vice is brought to a conclusive end," he said. 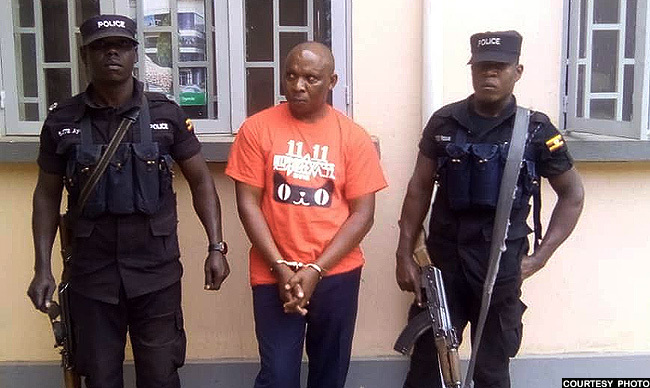 "As tourism Police, we are committed to cleaning up quack tour operators who con our tourists. Uganda remains a peaceful and secure country and all efforts, together with stakeholders, are to ensure that law and order is upheld in the tourism sector and the country at large," he said.

It is understood the suspect was arrested after being identified by covert teams at check-in.

He has been charged with obtaining money by false pretense and remains detained at Kabale Police Station.

Tusasibwe is alleged to have been contracted by five American tourists to organise a chimpanzee and gorilla-tracking expedition in Uganda. After an airport pickup and arrival in Kisoro, the suspect allegedly abandoned the tourists at a lodge and had, until his arrest on Monday, been on the run.

Semakula said UTB is working to ensure that quality standards and the law are upheld in the tourism sector and that rogue operators face the law.

Earlier this year, UTB kicked off a registration and licensing exercise of all tour operators and facilities in the tourism value chain, as mandated by the Tourism Act (2008) .

The process is aimed to effectively regulate the tourism sector and promote quality assurance across the value chain.

The experience of tracking gorillas in Bwindi Forest