A petition has been handed to Parliament demanding increment of funding to the national youth leadership structure and amendment of related laws if the apparent challenges facing the ever-increasing youth population are to be addressed.

They are also lobbying the legislator to consider increasing their funding of the youth leadership structures from sh1b annually to sh3b to bolster their inclusion and participation especially those with disabilities.

"The money will help us to effectively run council operations since it's a vast constituency where planned activities and programmes need thorough monitoring and evaluation if they are to make a trickle-down effect," said Lillian Aber the chairperson of the National Youth Council (NYC). 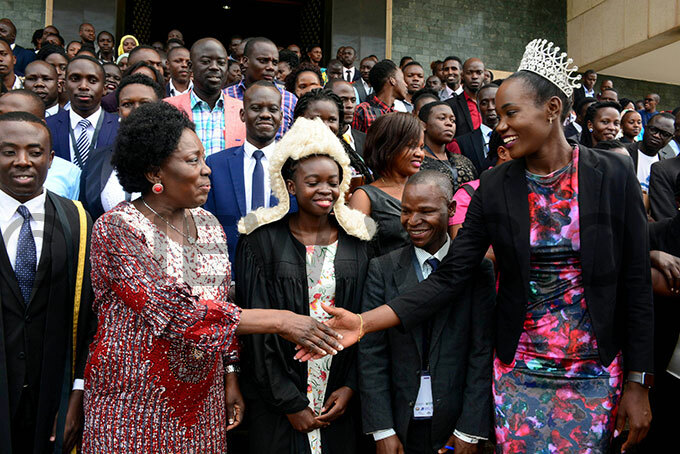 The Speaker of Parliament, Rebecca Kadaga (left) shakes hands with Miss Uganda, Oliver Nakakande outside Parliament. The Speaker had just opened the Youth Moot Parliamentary Session 2019. In the center putting on a wig is the day's speaker, Winnie Adur from Plan International Uganda

She added that "Government should as well enhance funding for skills development especially in the tertiary institutions if we are to realise the dream of small scale industries."

Some 400 young people added their signatures to the petition which means the issue stands a chance to be debated by politicians in a country with one of the youngest generations in the world with approximately 78% of this population below the age of 35.

The Petition was tabled on Friday during the 2nd annual youth parliament organized by Youth Aid Africa and Faraja Africa at Parliament.

Their petition also made case for youth with disabilities arguing they have for long been marginalised that they now need a special representation in Parliament to prioritize their interests.

"The constitution of Uganda provides that the composition of government shall be broadly representative of the national character and social identity but this representation has not catered for youth with disability in Parliament" a section of the petition quoted.

Parliament Speaker Rebecca Kadaga promised the vibrant youth that Parliament will ensure laws and policies that drive socio-economic transformation being fast-tracked. She cited the Local Content Bill and the Sexual Offences Bill, 2019 that are now in the offing. 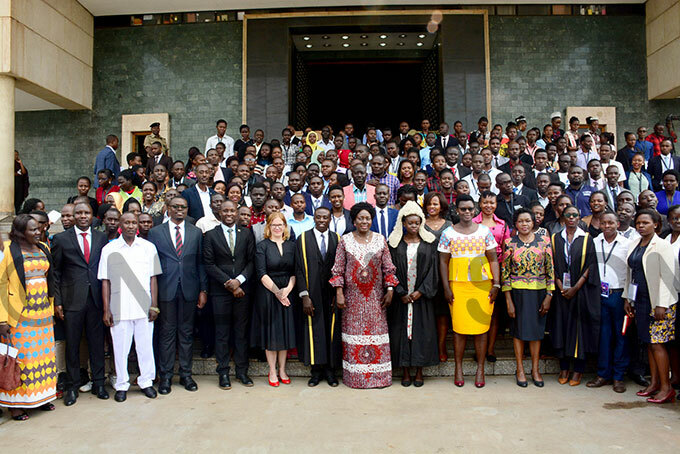 "I used the powers in our rules of procedure so if the minister delays for 60 days without issuing a certificate of financial implication you just bring the bill and that's how the Local Content Bill came although some technocrats are still fighting. We are also legislating to have laws that protect the rights of children," said Kadaga.

The deputy ambassador of the European Union delegation, Anna Merrifield challenged the youth to become more politically alert because governance affects all spheres of life.

"I urge young people to walk a dignified path that is free of corruption" Anna added.

As the international youth day slated for Monday 12th this month gets closer, the youth that participated in this years' youth parliament believe that it will be a long haul before they achieve their dream.