Fifty-seven people perished in Tanzania on Saturday when a fuel tanker exploded after overturning on a road west of the capital Dar Es Salaam, police said.

The disaster took place near the town of Morogoro, with police saying the blaze may have been sparked by a cigarette as people rushed to collect leaking fuel from the stricken truck. 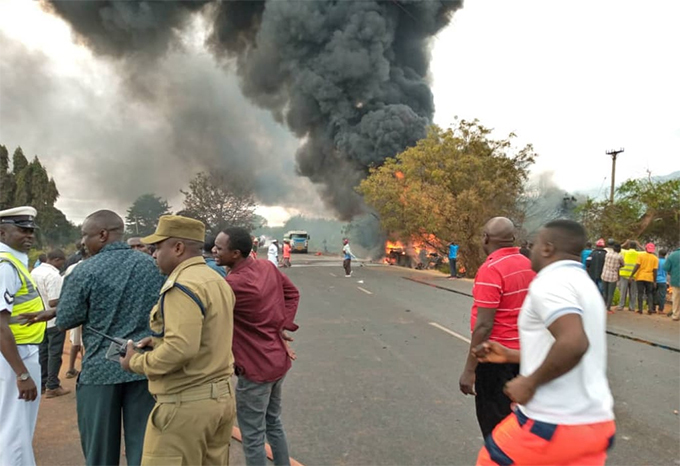 "There was a huge blast which has so far killed at least 57 people," regional police chief Willbrod Mtafungwa told reporters,.

Witnesses said they saw the charred remains of a number of motorcycle taxis and trees scorched by the flames. 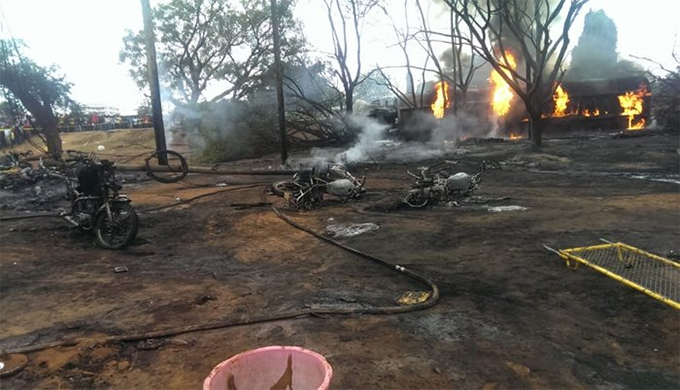 Mtafungwa said the dead were mainly drivers of the taxis known as "boda-boda" and local residents flocking to the scene for the fuel after the tanker crashed.

Police later announced the fire had been brought under control. 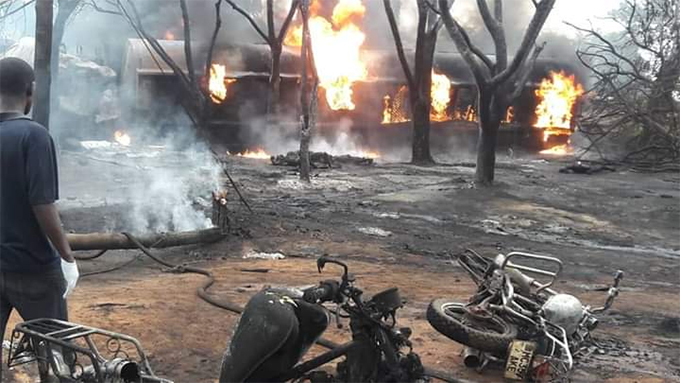