Ugandans in the diaspora want ability to vote
Next Story

Her husband called the baby an abomination and abandoned the family for fear of the evil omen. He also stopped picking her calls

Fiona Nalubega with her child who has both male and female sex organs. Photo by Sarah Zawedde

Her husband called the baby an abomination and abandoned the family for fear of the evil omen. He also stopped picking her calls

Fiona Nalubega's baby was born with both male and female sex organs. She gave birth on October 29 last year at Kalisizo Health Centre in Rakai district.

She was told that doctors would discover which of the organs is active and eliminate the other.

However, after several diagnoses from different hospitals in Kyotera and Masaka districts, doctors have failed to establish whether the baby is a boy or girl.

Nalubega, a resident of Mutukula, Kinyankole zone in Kyotera, says her baby does not seem to have a scrotum and so, decided it was a girl. Eight months later, she named her Kisakye Mwanje. 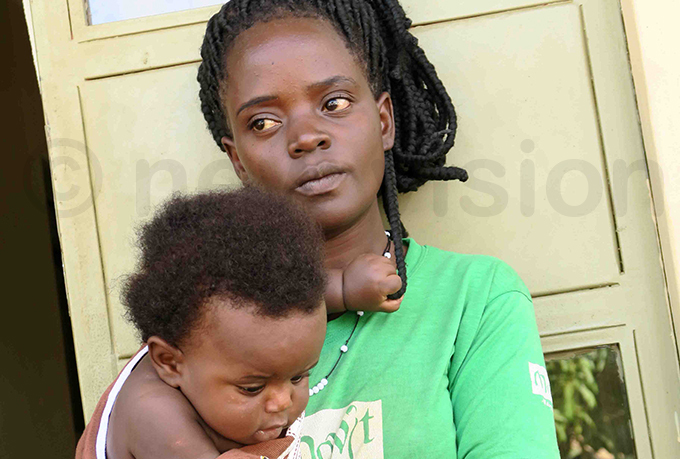 Her husband, John Bosco Mwanje, called it an abomination and abandoned the family for fear of the evil omen. He stopped picking her calls.

Nalubega did not know any of Mwanje's relatives, so she reported the matter to Police. Nalubega, however, continued to be baffled as the baby used the male sex organ to urinate.

On return to the health centre, she was referred to Masaka Hospital, where a scan showed that the child was a boy.

But the parallel blood test showed the baby's dominating hormones were feminine. So, they declared it a girl.

With conflicting results, they sent her to Mulago Hospital in Kampala, where the scan detected that it is a boy, while DNA tests showed it is a girl. 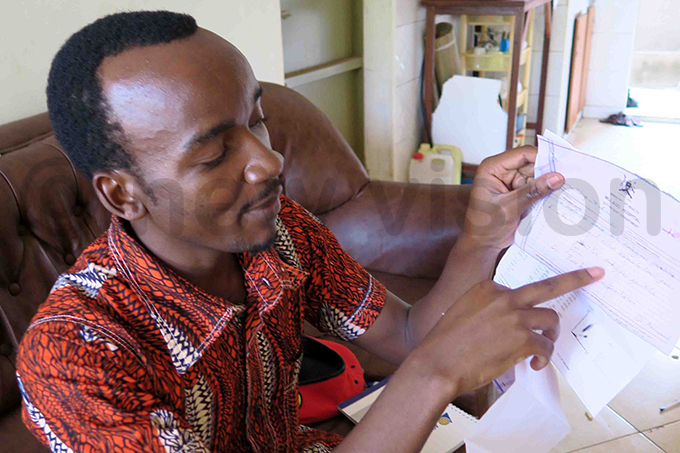 They advised her to wait and see which gender will dominate as the baby grows. Nalubega says she was given expensive drugs for the condition.

"Each tablet costs sh100,000 and the child must swallow three tablets a month. I cannot afford. I am now living at my relative's home in Kasangati, Wakiso district," she said.

Dr Apollo Ahimbisibwe, a gynaecologist at Mulago Hospital, says the child's true gender will be determined but it will have to first swallow the tablets and undergo monitoring tests.

"The parent must be patient as the strongest hormones are given an opportunity to generate their gender features and organs while the weaker hormones are killed," he explained. 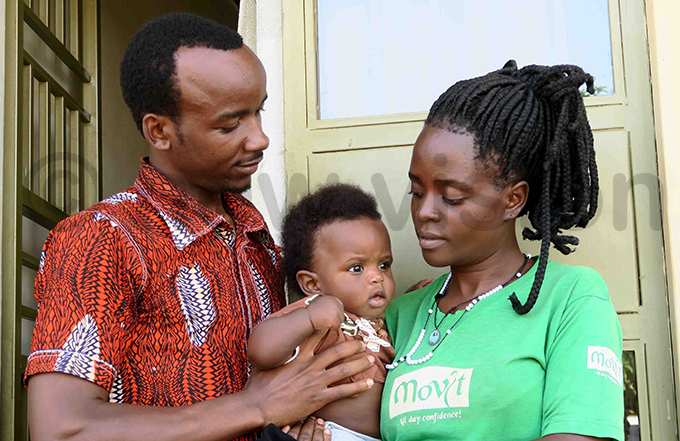 Dr Joel Mirembe, a urologist from Kiruddu Hospital, said there are specialised doctors who can work on the child, but the process is expensive and requires several tests.

Mirembe advised women to attend antenatal care to discover such anomalies earlier. If detected earlier, an intersex baby (hermaphrodite) can be treated when it is still in the mother's womb, she said.

EgyptAir flight crashes in Mediterranean with 66 on board