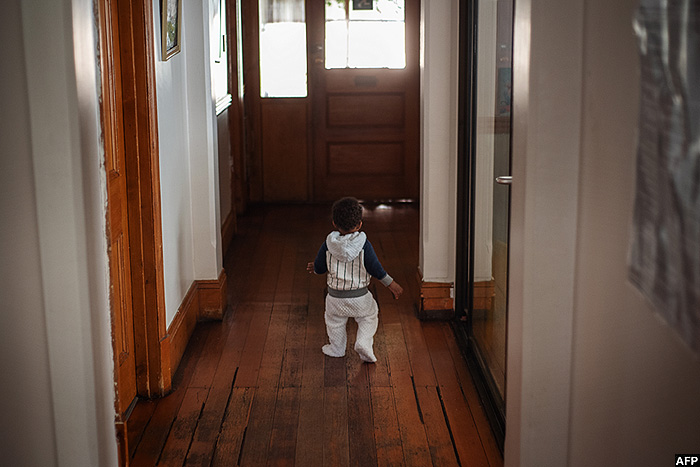 When the alarm sounds at an orphanage in the Berea district of Johannesburg, all eyes turn to a video surveillance screen in the living room.

The screen is linked to a camera inside a metal box, built into the perimeter wall of the orphanage garden.

Today, it is a false alarm, but the night before, at about 8:30 pm, the alarm sounded and an abandoned baby was collected from the box.

"It was a boy, five months old and healthy," said Francinah Phago, the manager of the children's home run by the Door of Hope charity.

During her 15 years at the orphanage, Phago has seen scores of babies left in the simple metal box, which has one door opening onto the street and another door opening into the garden.

It was installed in 1999 to provide a last resort for desperate parents forced to give up their infants. 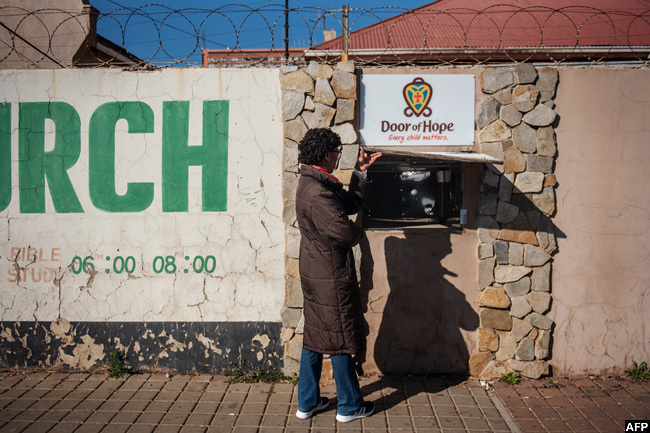 House manager Francinah Phago opens a so called baby-box, a metal box built into the perimeter wall of the orphanage garden where mothers can place unwanted babies

About 3,000 children are abandoned each year in South Africa, according to estimates by the National Adoption Coalition.

But according to some activists, the total number of abandoned children could be as high as 10,000 each year.

Many are abandoned in the street in the first weeks of their life and die of neglect.

"Baby F" -- the latest arrival -- is the 216th to join Door of Hope through the two "hole-in-the-wall" boxes provided at its Berea house.

He is one of the lucky ones, Phago said, during a brief moment of quiet while 17 infants in the house were napping.

"There are lots of babies abandoned on the street, on the side of the road, in parks or in toilets," she said, adding that police recently arrived with a baby picked up in the street by a passer-by.

Dee Blackie, founder of the National Adoption Coalition, took up the cause after seeing a photo in a newspaper of a newborn baby left for dead in a landfill in Soweto township.

"It's important to remember that women who abandon babies have often been abandoned themselves -- by the father, by their family, and communities and society as a whole," she said.

"We're not protecting young women in this country."

According to Blackie's research, almost half of all pregnancies that lead to abandonment are the result of rape.

Many of the mothers are minors or immigrants, and are often aware of their condition only after the legal deadline for an abortion, which is set at 20 weeks in South Africa.

In a country where almost half of the population lives below the poverty line, mothers using the baby box "are in a desperate situation and making desperate decisions," Blackie said. 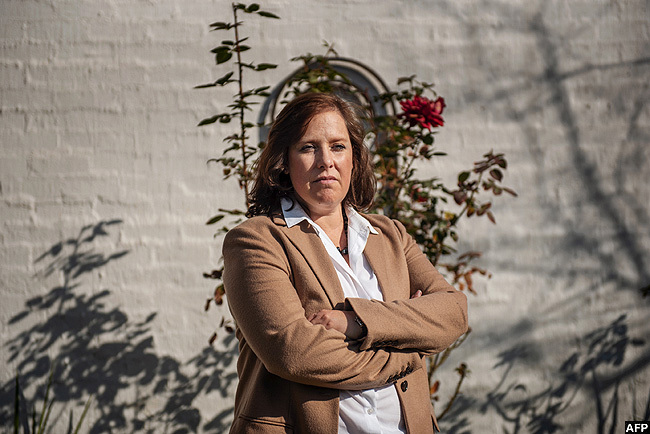 'You let go of your traditions'

At Door of Hope, mothers sometimes prefer to leave their children directly with staff.

"Most of the time, they cry," Phago said. "They love their child and do not want to leave it, but because of their situation, they decide to have it adopted."

Adoption "is a taboo in our black community," said grandmother Thuli Mahlangu, wringing her hands.

Four years ago, her only daughter -- then 21 -- became pregnant by accident.

"It would be unfair to bring another person into the way we live," Mahlangu said. "We survive, we do not live." 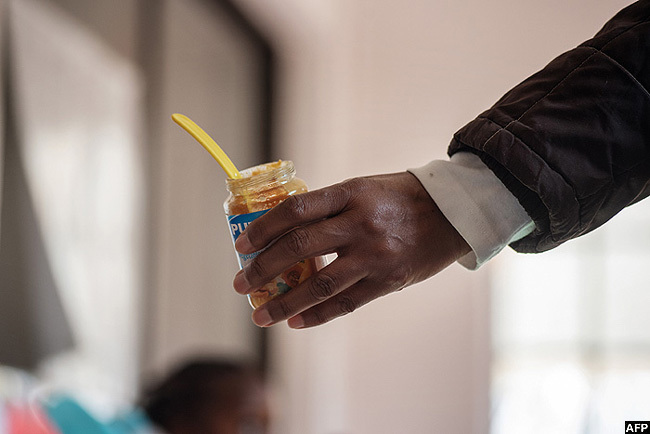 After long weeks of reflection, Mahlangu and her daughter made the painful decision to have the baby adopted -- without discussing it with most of their loved ones.

"They consider that adoption is like throwing your baby away," she said, tears streaming down her cheeks. "Our first thought was 'we are going to be judged'."

But the two women stuck to their decision.

"You let go of your beliefs and your traditions, and go for what seems right to you," she said.

Two years later, her daughter again became pregnant and that child also was put up for adoption.

Adoption agencies and children's rights groups have been worried about a drop in the number of adoptions in the country: just 1,186 children were adopted in 2018, a quarter of the number eight years ago.

Activists attribute the fall to a 2010 Children's Act, which introduced more stringent conditions in a bid to prevent child abuse and trafficking. 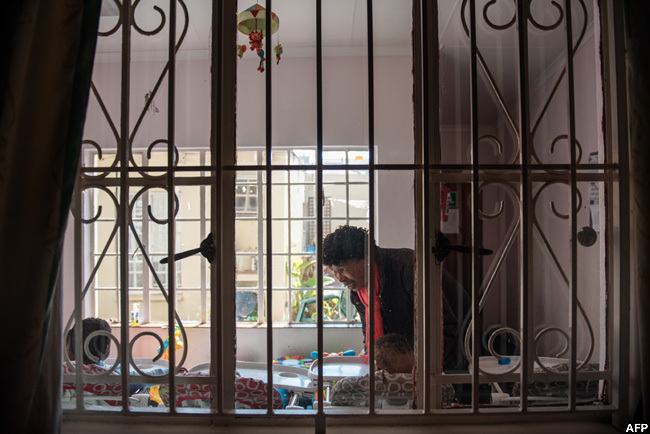 The figures are likely to drop further under a proposal to ban adoption fees, which could push many private agencies to close.

"This legal amendment will essentially close down all international adoptions, and all private adoptions," Blackie said.

But the government defended the plan.

"Fees should not be charged for adoption because it is not a business but a child protection measure," said Lumka Oliphant, communication head at the social development ministry.

The more a child is moved from home to home, the greater the threat of mental health issues and learning and emotional attachment problems, warned Nicki Dawson, a psychologist at the Ububele Paediatric Health Centre in Johannesburg.

Mahlangu and her daughter were lucky -- six months after the first child's birth, the agency found an adoptive family for the baby.

"We had the option to meet the parents," recalled Mahlangu, describing them as "the most beautiful souls in the world."

As thousands of children in orphanages across the country wait their turn, the little girl grows up in her new family with one last gift from her biological family: at birth, they called her "Siyamthanda" -- Zulu for "We love you".