More cases read out for Bobi Wine and co-accused

Kintu said a new date shall accordingly be determined and announced by the Deputy Registrar of the High Court.

Kintu said a new date shall accordingly be determined and announced by the Deputy Registrar of the High Court.

Five more criminal counts have been added onto the charges against Kyadondo East MP Robert Kyagulanyi aka Bobi Wine and his co-accused in a case in which they are charged with treason.

The suspects have also been committed to the High Court in Gulu by the Gulu Magistrates' Court.

The committal order was on Tuesday pronounced by His Worship Emerald Isaac Kintu, a Gulu-based Grade One Magistrate while presiding over the 8th mentioning of the case.

Kintu said a new date shall accordingly be determined and announced by the Deputy Registrar of the High Court. He said all the accused persons shall be ordered by the High Court to appear in the court. 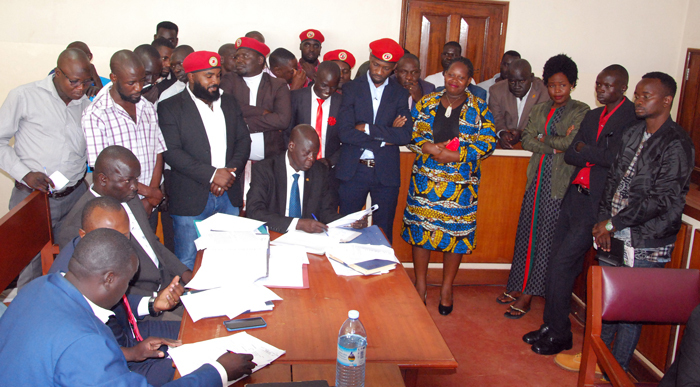 Kintu stated that bail of the all the 37 suspects would still be up-held till the office of the Deputy Registrar makes a pronouncement as it kicks off with the hearing.

The suspects include MPs Kassiano Ezati Wadri (Arua Municipality), Robert Kyagulanyi Ssentamu (Kyadondo East), Francis Zaake (Mityana Municipality) and Gerald Karuhanga (Ntungamo Municipality). They are accused of making statements calculated to bring physical injury to the person of the President of the Republic of Uganda.

The counts include inciting violence, disobedience of lawful orders after being stopped from joining the road that was being used by the President of the Republic of Uganda; which breaches section 117 of the Penal Code Act.

Others are unlawful possession of firearms and failure to prevent obstruction of traffic flow. 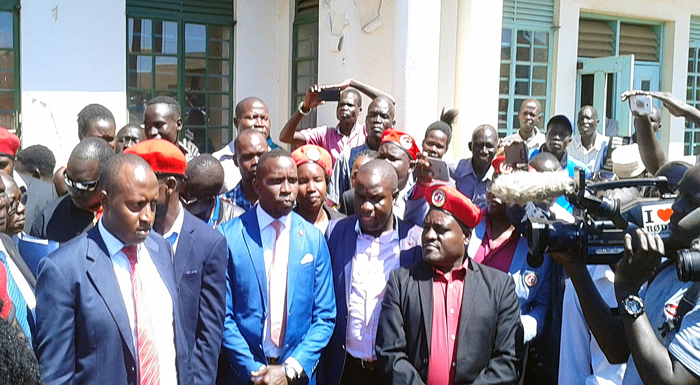 The Senior Resident State Attorney for Gulu Northern Circuit, Patrick Omia who represented prosecution stated that the High Court had on March 14, 2019, ordered that all the accused persons report to the office of the Gulu Deputy Registrar of the High Court every month.

Bishop Ojwang to be laid to rest on Wednesday

Bishop Ojwang to be laid to rest on Wednesday