MENU
She spent 90 days indoors with the twins
Previous Story

Almost everyone loves to dance for the fun of it but Opoka knows dancing comes with a truckload of benefits where others just see pleasure.

Almost everyone loves to dance for the fun of it but Opoka knows dancing comes with a truckload of benefits where others just see pleasure.

Gerry Opoka lives for dance. "I can have a song ring in my head and I start dancing," she says laughing while talking about her passion for dance.
Almost everyone loves to dance for the fun of it but Opoka knows dancing comes with a truckload of benefits where others just see pleasure.
She runs Soul Dance Studio in Kamwokya a Kampala suburb. It is frequented by corporate women for Zumba dance raves, as part of their exercising routine to maintain a healthy lifestyle.
It has a mixture of popular entertaining music, different dance styles and aerobic exercises which improves the health of all age groups.
One day on a visit to Butabika National Referral Mental Hospital to see a patient, Opoka found music playing in one of the wards through the speakers.
"I love music but then I thought why not add dance, Zumba for that matter which am so passionate about," she said.
Opoka wrote to Senior Consultant Psychiatrist and Deputy Executive Director Butabika Hospital Dr. Juliet Nakku asking to dance with patients with alcohol and drug challenges. 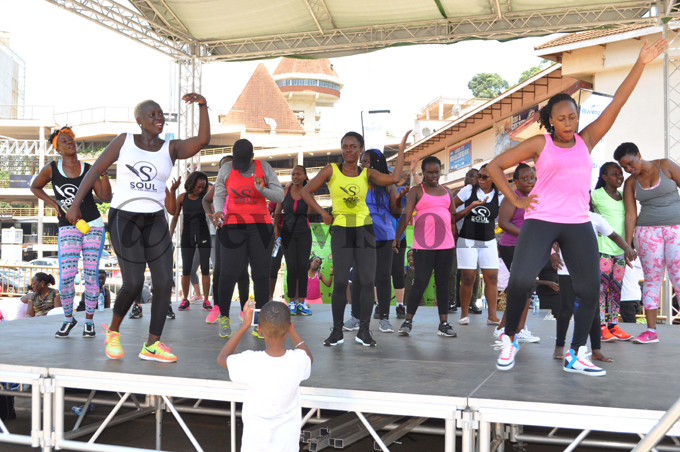 Dancing their way to good health

This is where she had visited someone close to her. "The hospital agreed and asked for other patients to join in, but there was an element of fear of how I would manage. They insisted and I eventually agreed to it," she says.
"I gathered about 10 people from my Soul Dance Studio and off we went to Butabika Hospital. We found a room full of excited people.
A little scared of how it would go, we started playing music. They danced right away. I never felt more special, they were dancing and jumping, music was making them happy," she revealed.
Joining the dance was the nurses and doctors too. Ever since then, Opoka with her group of friends who are passionate about dance and mental health go to Butabika Hospital every first Wednesday of the month.
It is for a one-hour session of Zumba which has made a difference in ending mental health stigma and promoting a healthy mind among patients and staff plus everyone who joins in.
So how important is dance (Zumba) to mental health?
According to research from the Minot State University in North Dakota USA that studied a small group of people aged 65 to 91, it found that after 12 weeks of Zumba, they had improved moods and more swift cognitive skills. 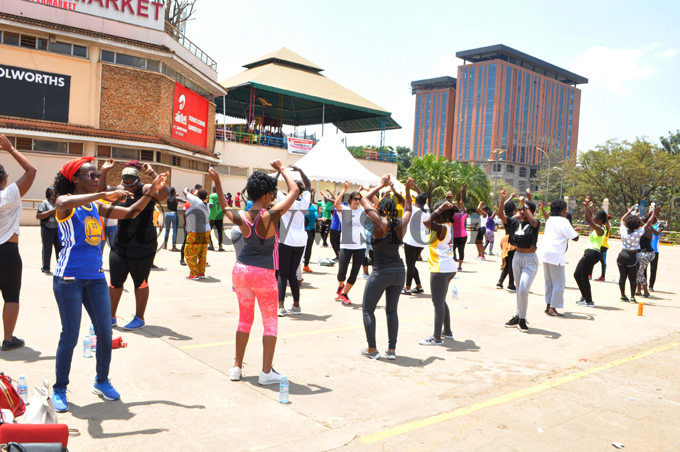 This included swift visual recognition and decision-making. Dancers were also stronger and more agile, according to the study by Researcher Terry Eckmann.
The Executive Director of Butabika Hospital, Dr. David Basangwa during the "Dance for Mental health" campaign that was held at Garden City rooftop in Kampala, said dance plays a big role in mental health recovery.
"We are aware of the immense benefit of exercise through dance. It prevents other mild depression, anxiety, and poor sleep. When you exercise through dance you feel better, it eases on use of medication," he said.
The challenge with mental health
People do not want to associate with mental illness, Dr. Basangwa says.
"The biggest fear for those with mental illness is that when they come out, family and friends remind them that they are not okay instead of being supportive," he explained.
"They are isolated and with it come loneliness which is not good for the recovery of those suffering mental health conditions," he further expounded.
One study by Scientists from Florida State University in the USA found a significant link between loneliness and the risk of dementia (which is a decline in mental ability that is severe enough to interfere with one's daily life). 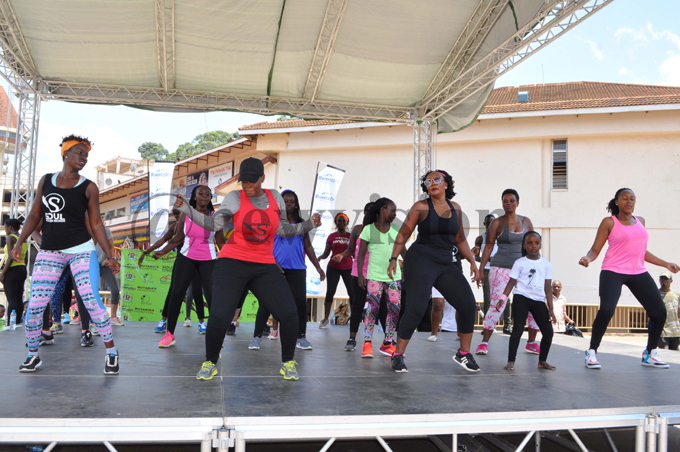 Dancing is helping people have a healthy mind

Those who reported loneliness had a 40% risk of getting dementia. Other risks included depression, high blood pressure, and diabetes.
In the UK a minister of loneliness was appointed to improve on people's social connections.
Dr. Basangwa says mental illness does not discriminate; everybody is at risk of getting mental challenges from factors that include loneliness and stress.
A 2019 Global Emotions Report by Gallup that gauged stress levels in 143 countries across the world as a result of issues including conflict and economic hardships puts Uganda among the 10 most stressed countries in the world at number eight.
Dancing is helping people have a healthy mind, Opoka says. "Now when the patients at Butabika dance with us, they see us as normal people accepting their situation and not stigmatizing them on their journey to recovery, Opoka says.
She adds mental health and physical health are inseparable, "if you are not physically healthy you are bound to get mental health challenges," Opoka said.
She said dance which is a physical exercise helps reduce physical, mental and physiological suffering.
"It has been an amazing journey so far with patients at Butakiba hospital with Zumba. They like it and feel lots better," Opoka says.
Opoka harbours the idea of having more than one Zumba dance session with mental health patients at Butabika hospital in a month to assist in the recovery process.
But she knows that will need more money to hire more dance instructors as not everyone may have the same passion for mental health.
For now, Opoka is happy the one dance session in a month, is bringing the much-needed acceptance, a smile and improved mental health to the patients at Butabika hospital.

The Ministry of Finance, Planning and Economic Development