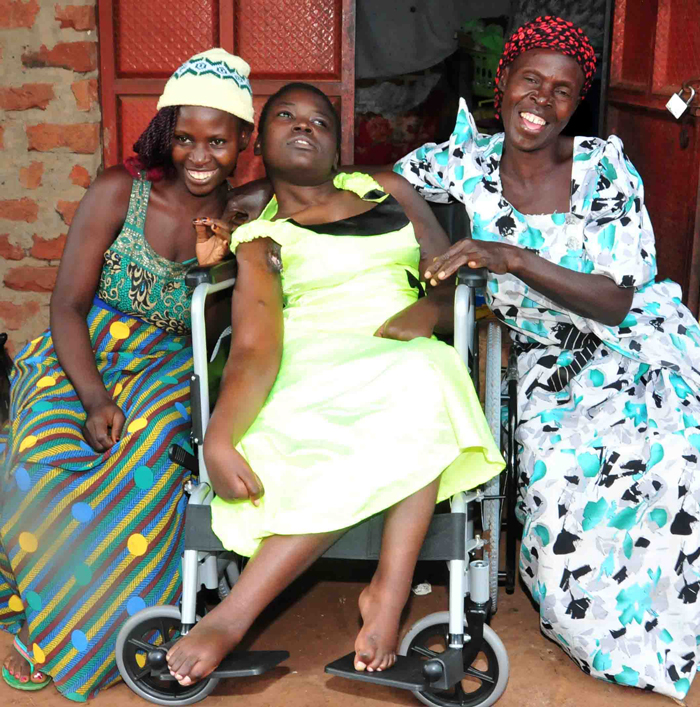 It was exciting as Susan Nalukwago, 19, received a brand new wheelchair bought for her by a good Samaritan Pravin Vyas - a Ugandan born Asian based in the UK.

He explained that he was moved by Nalukwago's story which ran on the New Vision website www.newvision.co.ug a few months back explaining her dilemma after her wheelchair had broken down.

In a story that ran in April this year, Nalukwago's plight was highlighted. 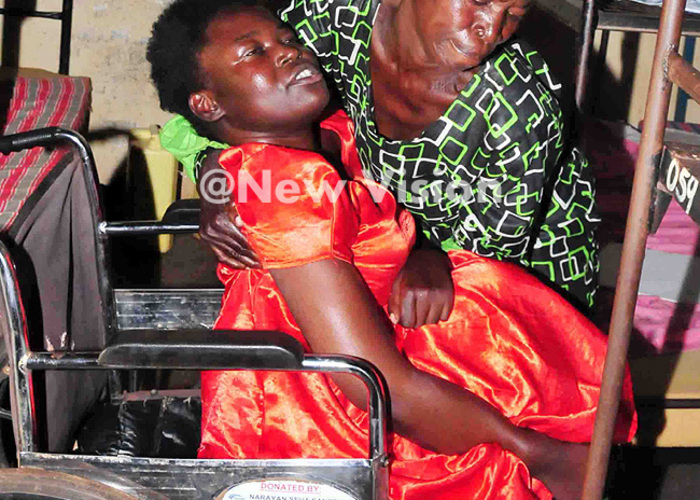 A company located in Kampala Industrial area which deals in imports and exports offered to meet transport charges to Kampala. Nalukwago's mother, Cissy Bulamu and her daughter could not hide there delight when finally Saturday Vision delivered the package at there home in Kamuli town.

The mother who thanked all good Samaritans, who contributed towards this cause, explained her daughter's well-being has been greatly boosted now that she can move comfortably while going to the hospital for medical check-ups.

"It was a big challenge transporting her in the old wheelchair where I tied most of it's joints with pieces of ropes. Early this year one of the ropes accidentally gave way while we were on the highway and I fidgeted to lift her up in order to tie it properly," she narrated.

Nalukwago who was struck by malaria at the age of four years, leaving her with multiple disabilities gets convulsions whenever she misses her drugs and has to check on her doctor more often for proper treatment. She cannot feed herself or turn in bed, sit or feel anything in her lower body while she is also blind. She, however, explains that she does not want to be a burden to her mum who is not employed while she has to rent the small room where they live in the Industrial area in Kamuli town.

"I have composed some songs which I would like to record so that I get some money by selling CDs," Nalukwago says. Although she had wanted to become a lawyer, her dreams went down the drain after her ‘O' level exams as she failed to get sponsors for further studies.

She also never got her results as she failed to pay for the balance on her fees. The mother who currently washes other people's clothes and sells pancakes at a nearby primary school explains there life could improve greatly if she can get capital to allow her to sell second - hand clothes as well as participate in the poultry business. 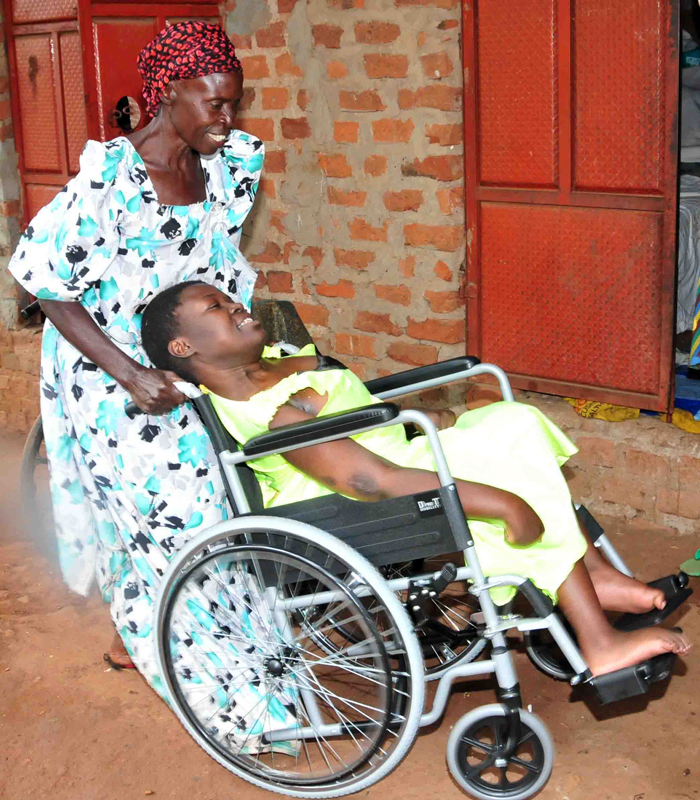 "Such a business will enable me to get money for rent as well as buy her monthly drugs plus our feeding as we have no garden," she explained. The mother appreciated New Vision which has continuously highlighted her daughter's plight.

A few months back, two good Samaritans bought her a cosset from Katalemwa.