As other cars ignored cries for help and drove past, the Chief Political Commissar of Police decided to stop and find out what was going on

Immaculate Runanilla with Asan Kasingye and the baby who was named after him. Courtesy Photo

As other cars ignored cries for help and drove past, the Chief Political Commissar of Police decided to stop and find out what was going on

On Monday, Immaculate Runanilla, 28, a resident of Nasuti village in Mukono district woke up and planned her journey to Kampala to do shopping for herself and her unborn baby.

However, when she reached Social Security House in Kampala, she started feeling labour pains. She called a bodaboda to rush her to any nearby hospital but the pain was too much for her to sit on the two-wheeler.

She knelt down and pushed her baby boy on the street. After delivery, people who had gathered around started stopping several cars to help her be rushed to hospital for care but most of them just drove off.

As the people were crying out for help, the Chief Political Commissar of Police and onetime Interpol chief in Uganda, Asan Kasingye came upon a group of people gathered around a woman while he was driving through Kampala. 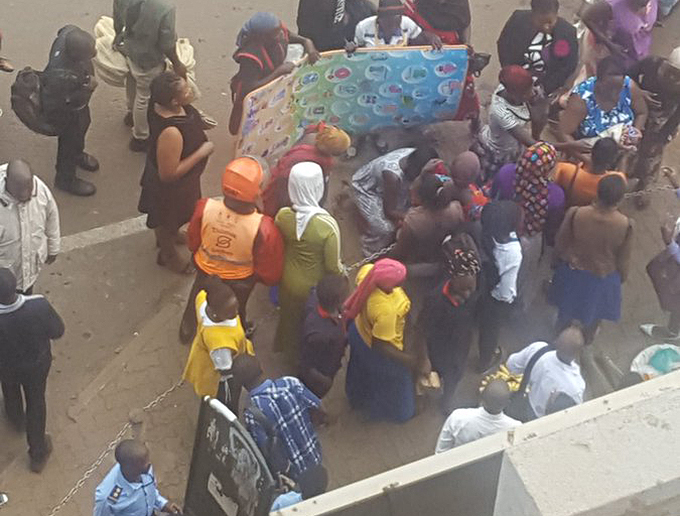 A crowd gathered around Immaculate Runanilla as she delivered on the street. Courtesy Photo

As other cars ignored cries for help and drove past, Kasingye decided to stop and find out what was going on.

"I was driving going to town, a lady stopped my car and I requested my driver to park. She told me that there was a woman who had delivered on the street but she was bleeding and she needed urgent help," narrated Kasingye.

"I vacated my seat at the back of the car and we put her inside with her baby and the Good Samaritan who helped her deliver. We rushed her to Iran Hospital in Naguru," he added.

The mother and baby were discharged from hospital on Tuesday. Courtesy Photo

Kasingye says that he dropped her at the hospital and he continued with his journey but made sure that he paid the woman's hospital bills.

"I paid the bills and I left, when I went back the following day, I found that the bleeding had stopped and even the husband had come to the hospital. She was in good condition and the baby was also fine, I was in the right place at the right time," he noted, adding that Runanilla was scheduled to give birth on August 9.

"That man saved my wife's life. May God reward him, and I pray that they promote him to a bigger office," said Ntare Runanilla the husband.