Some of the men who were concealed in a container that was discovered by Uganda Revenue Authority (URA). Photo/File

BUSIA - The six suspects involved in the suspected trafficking incident at the Busia One-Stop Border Post recently are linked to a Kenyan politician from Nakuru County, Saturday Vision has learnt.

The six, who had been concealed in boxes in a container loaded onto a truck, were discovered by Uganda Revenue Authority (URA) staff after the container went through a scanner at the border post.

Sources in Internal Security Organisation (ISO) have revealed that preliminary investigations show that Nakuru County councilor, Penninah Sortum, who reportedly deals in tomatoes from Mityana and Nakaseke districts, hired the suspects and the truck in which they were found. The suspects were reportedly to help in loading tomatoes into the container.

Investigations have also revealed that the truck registration number KCT 230T, which is still parked at Busia border, belongs to another Kenyan national identified as Mugo Kibaara. 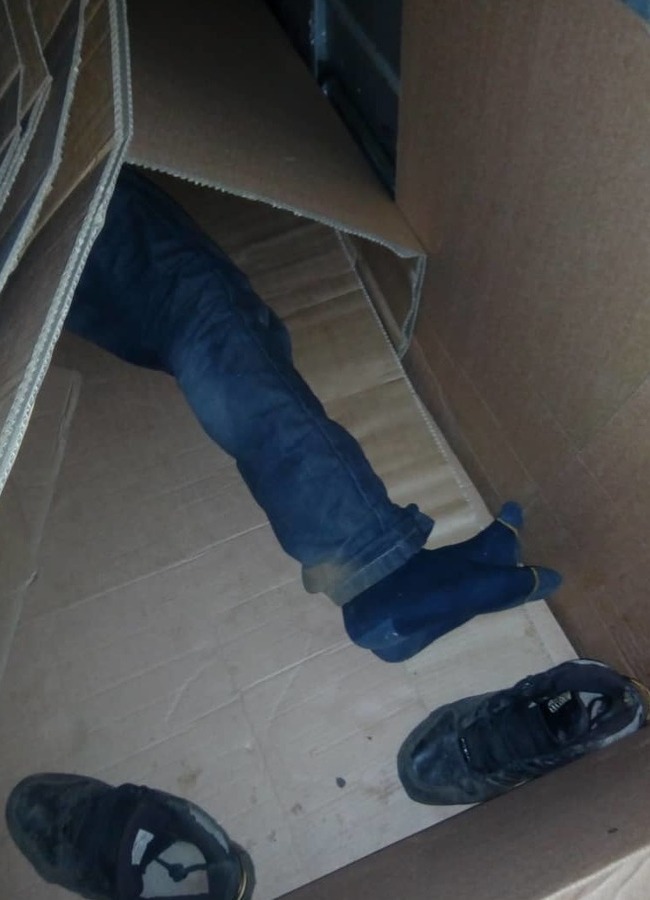 The suspects are; Mike Macharia Kathure, 21, Michael Odhiambo Kayas, 50, David Owuor Owino, 41, Douglas Kariuki Mwangi, 23, David Maina Wamboyi, 22, and Simon Gashei Maina, who was found after fully offloading the truck. Maina was reportedly found at the verge of suffocating, as he had run out of oxygen.

"We found out that for most of the suspects, this was not their first time to come to Uganda, and they have their agents here. One of the agents is a Ugandan called Nelson Bumpenje alias Mandela, and another is a Kenyan called Salim Kinyanjuyi," a source at ISO stated.

On interrogation, the suspects claimed that they had come to help in loading tomatoes into the container but they did not have money to pay for travel documents and had no yellow fever cards, which are requirements before anyone is allowed into the country.

"If you don't have a yellow fever card, the practice is that you pay about sh90,000 and you get vaccinated at the border before being allowed in," the source, who is part of the probe team revealed.

It is not clear how many other persons have been trafficked into the country under similar circumstances before, the motive of the trafficking and how big the racket is, as this seems to be a new trick that authorities busted.

An ISO operative noted that investigations into the matter were still ongoing to verify whether the suspects had indeed been concealed in a container to help in loading tomatoes or there was some other motive.

At first, security operatives from the Chieftaincy of Military Intelligence (CMI) picked the six Kenyans on suspicion that they were terrorists.

There was also suspicion that the six could be involved in human trafficking. As a result, URA handed over the matter to ISO for further investigation. By press time, it was not clear whether the suspects had been released or not.

While addressing the press at URA headquarters in Nakawa on June 21, Abel Kagumire, the URA acting Commissioner Customs, said all the Swahili-speaking suspects had no travel documents apart from the truck driver (Kathure) with a temporary permit TP-AAABWZ9.

Kagumire said URA staff discovered the men when the truck carrying the container in which they had been concealed went through the scanner at the Busia One-Stop Border Post.

Inside the unventilated container, the trafficked persons, who were from Kenya, were caged inboxes. "On scanning the truck, the image showed empty wooden boxes packed in the truck. But among these boxes were two human beings concealed within," Kagumire stated.

Kagumire thanked the government for installing the X-ray scanner, saying without it, it would have been impossible to trace them. He wondered how the men survived in the unventilated container.

Over the years, police and other security agencies have intercepted scores of Ugandans being trafficked outside of the country. There have also been cases of foreigners, especially those from Asian countries, who have been intercepted while being trafficked into Uganda.

According to the police annual crime report 2018, a total of 286 cases of trafficking (both children and adults) were reported in which 603 victims were rescued and resettled with their families.

US begins phase two of indoor residual spraying in 8 districts

US begins phase two of indoor residual spraying in 8 districts...