Raymond Kagimba Mugimba arrives at Nakawa Court in Kampala where he was charged and remanded to prison. Photo by Wilfred Sanya

Raymond Kagimba Mugimba, the former head of sales and marketing at Buganda Broadcasting Services (BBS) Television and partner of former television personality Justine Nameere, had been released after paying sh200, 000 for bail in a forgery case.

Unknown to him, court bailiffs were lurking in the compound waiting to pounce on him and they struck with surgical precision.

As he rushed to a waiting vehicle on Friday, but he was plucked out by a Police officer, taken to court, charged and taken back to prison.

He is facing new charges of issuing false cheques and obtaining goods by false pretence, contrary to section 385, and 305 of the Penal Code Act. The offences attract a maximum sentence of five years imprisonment upon conviction.

When Kagimba was produced before Nakawa Court Grade One Magistrate, Romans Ponsiano Odwori, his lawyer Conley Mugabi requested that he be set free since there was no prosecutor in court.

"The accused has been released on bail in another case. I pray that he is set free because there is no one prosecuting him in this case," Mugabi pleaded.

However, this fell on deaf ears as the magistrate while laughing, said; "A suspect does not need a prosecutor to plead to the charges."

The magistrate then read out the charges to the accused. "Yes I understand the charges but it is not true," Kagimba replied.

Odwori told the accused that he will apply for bail on July 30, when the state attorney will be in court. 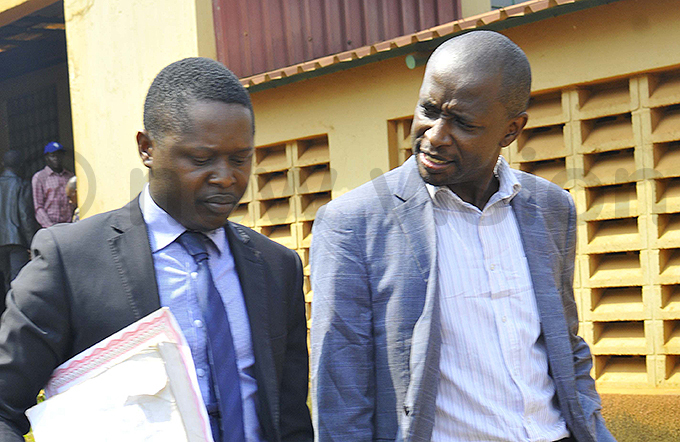 Prosecution says the sum was drawn on account number 9030004363263 without reasonable ground to believe there were sufficient funds in the account to pay the amount specified on the cheque, within the course of the banking business.

Kagimba allegedly issued Stanbic Bank cheque No. 000022 for $2,800 (sh10.4m) to the same company, drawn on account number 9030004363263 without reasonable ground to believe there were sufficient funds in the account to pay the amount specified on the cheque within the course of the banking business.

It is further purported that Kagimba with an intent to defraud, obtained motor vehicle registration number UBA 584W from the same company by falsely pretending that he was going to clear the payment, whereas not.

The suspect allegedly committed the offences between August and September 2017 at Nakawa division in Kampala district.

Kagimba was granted bail in a case where he is accused of uttering an introduction letter for a loan, purportedly signed by Vision Group senior advertising manager Harriet Mpora, to Uganda Micro Foundation Ltd.

The prosecution alleges that Kagimba in August 2015 at Uganda Micro Foundation Ltd. offices in Kampala knowingly and fraudulently uttered an introduction letter for a loan dated July 30, 2015, purporting to have been signed by Mpora. 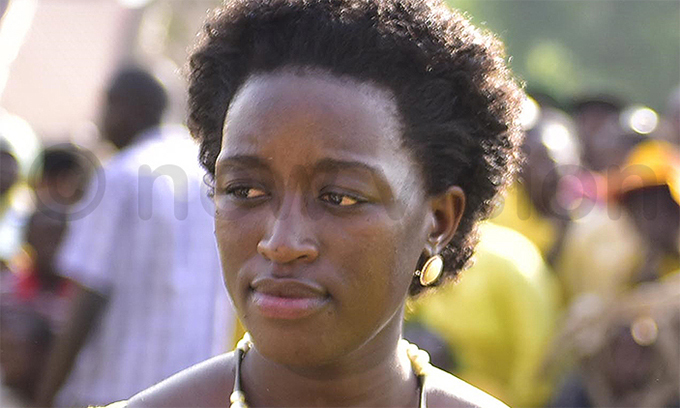 Mugimba's partner Justine Nameere is fighting legal battles of her own. File Photo

This comes at a time when court bailiffs are hunting for Nameere, the daughter of agriculture minister Vincent Bamulangaki Ssempijja, to answer charges of obtaining goods by false pretence.

Documents seen by New Vision indicate that Nameere in 2017 at Nakawa in Kampala district with intent to defraud allegedly obtained motor vehicle reg no. UBA 243T worth sh21m from Khan Investment Limited by falsely pretending that she was going to pay for it, whereas not.

It is purported that Nameere issued to the company a post-dated cheque of the face value of sh10.5m and did not clear the remaining balance to date.

Nameere, the Radio Four marketing manager, was a fortnight ago set free after she paid sh20m as part settlement of a sh55m debt, owed to Emmanuel Muwonge. She agreed to settle the remaining sh35m within three months.

It is alleged that Nameere sold to Muwonge a Mercedes Benz worth sh55m and then staked it as security at Platinum Credits Microfinance.

Symptoms that could point to a time bomb