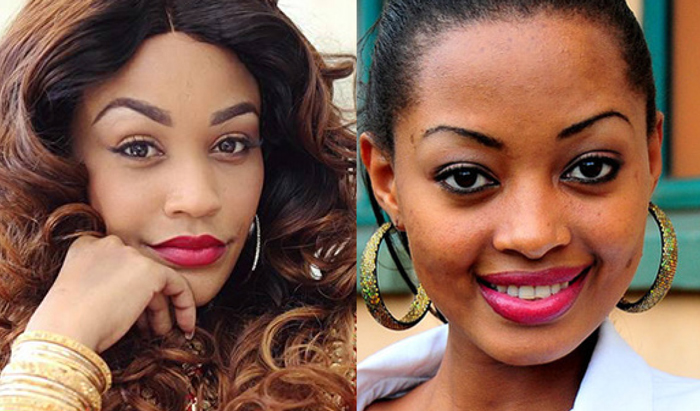 It was during the final stages of Miss Uganda. The show had seamlessly flowed. The talent showcases and mini-contests among the Miss Uganda aspirants were epic.

As is the norm, the chief judge had to come on stage and announce the winner. Anita Fabiola was the MC. So, she invited Zari Hassan Tlale on stage. Zari, being the chief judge, was handed an envelope that had the names of the winner.

All she had to do was open it and announce the winner. Anita Fabiola, referring to her as Mama, which she claimed was a gesture of respect, also motioned her to proceed with the same. Except, as those who had been watching her the whole night revealed, she had an issue to sort.

She was not fine, or so it seemed. The blinding lights of the stage might have switched off the memory part in her brain, and she imagined she was on some reality TV show.

"I don't do admin work," she said while shoving the envelope on Anita Fabiola's waist area, almost tearing her dress, a Tina Brad masterpiece.

Fabiola refused to heed. She made it clear she wouldn't open the envelope because it wasn't in her docket.

The contestants watched on, in utter shock. The audience than took to booing Zari. The sponsors exchanged bewildered glances. The rest of the judges watched on, try to feign knowledge of the dramatic ordeal that was going on stage. (Perhaps to fool people that it was part of the act. It didn't work. The audience was up in flames. There was no order.

"Zari, Zari, Zari," Anita called out, trying to get Zari to listen to her.
But not Zari. She wasn't going to listen. She talked over her. The crowd booed even harder.

She tried to fight back with the notion of women coming together. To end the debacle, Fabiola heeded to her (Zari's) final clutch at restoring sanity to the show, and together, they announced Oliver Nakakande as the winner of Miss Uganda 2019/2020.

But the crowd had already chosen there side. It was Fabiola they sympathized with.

"She is bullying the young girl. That's wrong," a lady in the audience offered.

"She should admit that she has grown old," a member of the organizing committee whispered.

Zari and I had a good time - Platnumz