The East Kyoga Police spokesperson Michael Odongo, said the tyre of the taxi which was over speeding burst causing the accident at around 10:00 am.

The East Kyoga Police spokesperson Michael Odongo, said the tyre of the taxi which was over speeding burst causing the accident at around 10:00 am.

Six People have been confirmed dead and eight others injured after they were involved in a motor accident along Mbale-Soroti highway on Thursday morning.

A taxi registration number UBD584R which was from Mbale heading to Soroti overturned at Mukura Trading Centre in Ngora district.

Police has identified the deceased as Fred Yada (a conductor) from Nakaloke in Mbale, Naume Amujal aged 70 from Mukura in Ngora, Nathan Opio,29, of Bukedea who was rushing for interviews, Eversita Alobo aged 70 from Apac, Anna Mary Akongo,65, of Nyero in Kumi, and a lecturer at Uganda College of Commerce (UCC), Soroti. 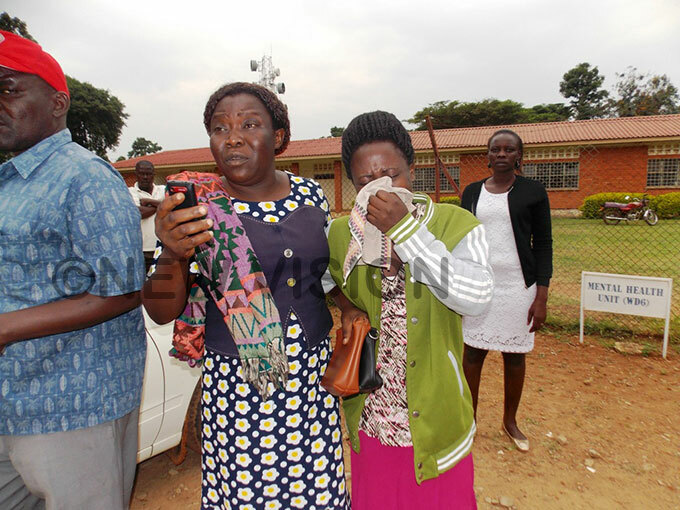 Relatives of the deceased at Soroti Hospital Mortury on Thursday morning

Police said two of the passengers died on spot, one on the way while three others at the Soroti Regional Referral Hospital where injured ones were rushed for treatment.

The East Kyoga Police spokesperson Michael Odongo said the tyre of the taxi which was over speeding burst causing the accident at around 10:00 am

Although the driving permit which was got at the scene had the names of one John Martin Owori, Odongo said, the driver of the taxi is on the run.

Stephen Omiat, an eye witness said after a tyre burst, the vehicle jumped up and down three times before overturning.

Christopher Amonyu, a resident of Mukura Sub County said his relative Amujal was returning from Kumi town to Mukura Sub County in Ngora but it was unfortunate that he died within the short distance of her journey.

"I was busy rescuing others who were stuck in the car little did I know that my relative is one among the dead," Amonyu said after identifying his relative at the hospital.

A relative of one of the diseased cried "You brought me from dust to something, educating me all that time, now you have died before enjoying my salary." He added "you (dad) have been advising me not to use the taxi but a bus, now you used it and now you are dead."

Residents said this area between Ngora and Kumi border is a black spot which has claimed a number of lives.

Lifters name a squad of seven

Ajambo in search of regional gold