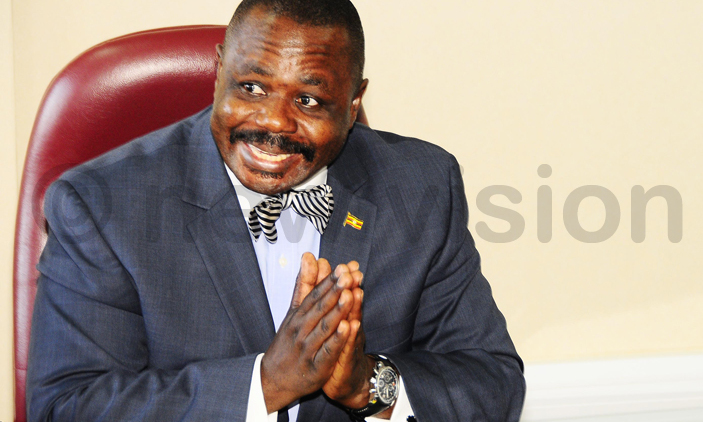 KAMPALA - Deputy Speaker Jacob Oulanayah has sought after Government to alter it's stellar refugee policy, arguing that the much-hailed model is to the detriment of citizens with a far-reaching impact on host communities in terms of service delivery.

Currently, Uganda has the largest number of refugees in Africa and third in the world estimated at about 1.5million people by July last year.

"Yes we are very popular as a country for adopting an open refugee policy which is very open to the disadvantage of our people," Oulanayah told a refugee management symposium this week. "The refugee situation is unavoidable but very disruptive and what makes it even more complex is the systems to deal with the challenge."

The symposium was organised to discuss a report on the impact of refugee influx on service delivery in the host districts of Hoima, Lamwo, Moyo, and Yumbe done by the Center for Policy Analysis (CEPA).

The report noted that the influx of refugees has strained access to quality education, health and water and the environment with devastating effects especially due to deforestation.

It recommended that cabinet should expedite the process of considering a refugee policy, increase funding for refugee host communities to avert pressure exerted by influx, institute a monitoring and evaluation mechanism to track funding commitments and actual support, utilise the national contingency fund and modify the open door policy to match the demands of hosting the refugees.

While Oulanayah highlighted that Uganda remains an open and welcoming society, his message about border crossing at unguarded locations was highlighted: "it should be security charged with receiving refugees at the border before handing them over to the office of the prime minister to allocate them camps."

Bukonzo East MP, Harold Muhindo claimed that Parliament's recent visit to some of the refugee settlements established that it is only United Nations High Commissioner for Refugees (UNHCR) with access to accurate statistics of refugees in Uganda.

Verification in Kampala reported that 26,000 refugees had been receiving support but a fresh headcount showed only 7,000 people, raising suspicion of ghost refugees.

The 2017 refugee solidarity summit hosted by Uganda raised some $358m (over Sh1trillion) in pledges out of the targeted $2b (Sh7.3trillion) but the bulk was channeled through donors and international agencies.

Reflecting on Uganda's readiness for open refugee policy, CEPA'S head of research, John Asimwe said that, "It seems we are just concern about being praised in total disregard of our suffering people in these host communities. What will happen to these host communities in case these donors fail to meet there part of the bargain?"

Citing the emerging land conflicts between refugees and locals, the Adjumani chief administrative officer (CAO) Rogers Bwayo called for the titling of all parceled out land to reassure landowners and policy compelling refugees to cultivate the pieces of land accorded to them for sustainable food production.

The 1951 UN Convention on the status of refugees considered them a distinct category of people with unique legal status whose conditions, rights and protection are the sole responsibility of UNHCR.

In lieu of international laws granting refugees explicit status, Oulanayah said it's self-defeating for Uganda to open it's self-up to the integration of refugees instead of maintaining them in designate camps and infringing on it's meager resources to the benefit of refugees whose responsibility is with UNHCR.