Kabale: The home of magnificent scenery

The scenery was every photographer's dream come true seeing the sky hug the earth.

Lake Bunyonyi is a crowd puller for being the second deepest in the continent. (Photo by Titus Kakembo )

The scenery was every photographer's dream come true seeing the sky hug the earth.

Come Monday and a team of journalists and Association of Uganda Tour Operators were in the cool hills of Kabale.

The scenery was every photographer's dream come true seeing the sky hug the earth. There are balcony shaped roads snaking higher up the rising and falling that lazily.

Nightlife became vibrant on a Tuesday when we stormed Little Ritz only to stumble into the company of foreign tourists rubbing shoulders with their domestic counterparts. Three beers at a price tag of sh10, 000. These washed down chicken that is roasted on the Uganda open charcoal stoves. It was tender to the bite and spiced to make any Indian renounce his nationality. 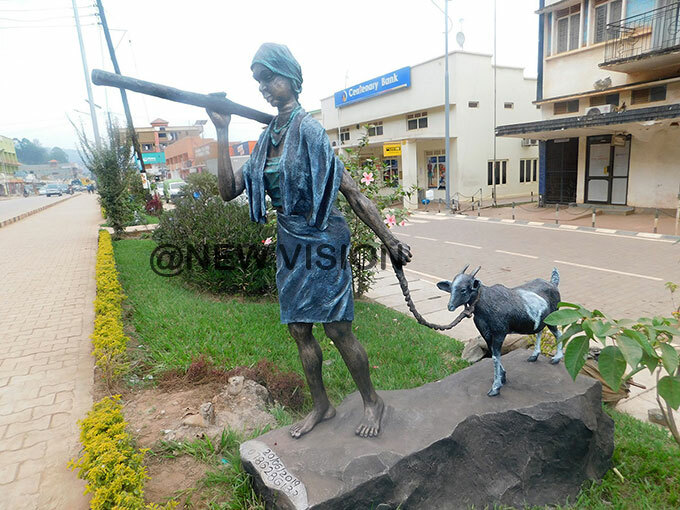 After a two hour episode of winning, wolfing beef and chatting we stormed Mist Pub with a miniature dance hall where the West meets Africa. One Mukiga nightlife reveler fell elbows over bottoms for Irene.

"Girl I find you irresistible," he ventured to break the ice. "Could we dance this South African song called Saa Ya Matako?"

"You would have danced yourself lame if the nightlife revelers from Rwanda were here…" confided Uganda Ekula presenter Herman Kalanzi. "They will call even a three feet Mutwa- American Height to make one feel sweet. Wait and the border opens."

While there it dawned on me that you dare not talk about tourist attractions in Uganda and ignore Kabale. The Association of Uganda Tour Operators (AUTO) chairman, Everest Kayondo said more than 70 percent of the popular destinations are within a walking distance.

Hotels are so numerous that both the high end and the budgets traveler have a variety to take their pick from. There is Bunyonyi Safaris Hotel engaged in an accommodating contest with Bunyonyi Eco Resort, Rock and Hawk's Eye Resort. They will cost a traveler between sh150, 000 -sh300, 000 for a night spent there. Camping costs between sh20, 000- sh50, 000.

A trip from Kampala to Kasese takes about eight hours by public bus at a price of sh30, 000. It is accessible 24/7. Destine there, brace for health breaks in Gator, Lukaya for Nyama choma (beef roast,) soft drinks, snacks and all tribes of liquor," says Jonathan Banaih. "Stopovers are recommended to avoid tiring drivers for long hours."

The menu of attractions in Kabale is growing by the day. There is chimp/gorilla tracking, Lake Bunyonyi which is the second deepest in Africa, the Batwa experience and Kisiizi Waterfalls. In a nutshell, Kabale is not the Switzerland of Africa but it is a destination in its own league. I liked every ticking second I spent there assuaging my optical thirst with nature, statues and water bodies.

Over 600 to grace 4th African tea convention and exhibition