Earlier, Ongoria was produced in courtroom at about 2:00pm, but he appeared unwell, prompting the magistrate to direct the police to first take him to hospital for treatment.

Earlier, Ongoria was produced in courtroom at about 2:00pm, but he appeared unwell, prompting the magistrate to direct the police to first take him to hospital for treatment.

The security guard accused of murdering businessman Arnold Ainebyona Mugisha at Quality Shopping village Naalya in Wakiso district has been charged with murder.

On Thursday, Moses Ongoria, 26, appeared before Kira Court Grade One Magistrate Joan Aciro who read out the charges to him.

Ongoria who is attached to Saracen Security Company was charged with murder, which

attracts a maximum sentence of death on conviction.

The Magistrate did not allow him to plead to the charges, saying he was facing a capital offence only tried by the High Court. 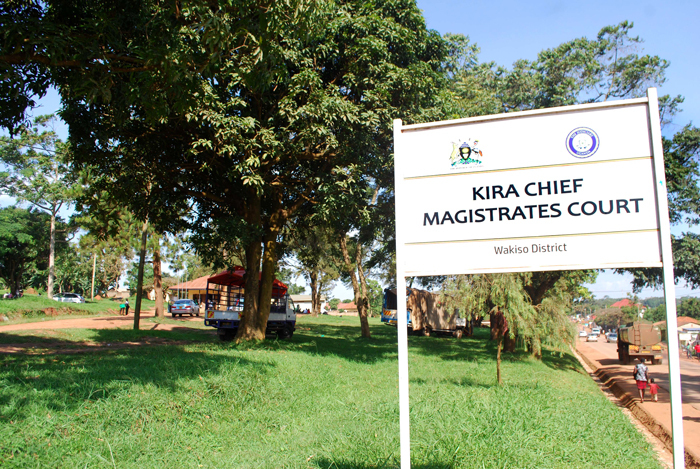 Earlier, Ongoria was produced in the courtroom at about 2:00pm but he appeared unwell, prompting that magistrate to direct the police to first take him to hospital for treatment.

"I cannot read the charges or even remand this gentleman because he is evidently unwell," Aciro said.

Information filtered through that Ongoria was unwell with a running stomach in addition to vomiting.

On Tuesday, Ongoria is said to have shot dead Ainebyona following scuffle after Ainebyona's friends reportedly pushed a trolley after shopping and hit a car in the parking lot.

As the guard engaged Ainebyoona's friends in an argument that resulted in a heated exchange. In the process, Ainebyoona reversed his car and rammed into another guard, injuring his foot.

This prompted Ongoria to pick a gun and shot Ainebyona in the mouth. He died moments later due to excessive bleeding.

Meanwhile, Ainebyona, 26, will be buried on Friday at his ancestral home in Ntungamo district.

During Ainebyona's funeral service at All Saints Cathedral in Nakasero on Wednesday, his father Eng. Plan Mugisha implored the government to control the guns.

Who was Ainebyona?
Ainebyona attended Lohana Academy and Kibuli secondary school. He then joined King's College Budo before he went to the UK, where he obtained a degree in real estate management from Oxford University.

The moment of truth for Ugandan voters