ARUA - The Director Arua regional referral hospital Dr. Alex Adaku has responded to the trending documentary on theft of drugs in the country denying loss of any Hepatitis B vaccines from the hospital.

The BBC and NBS documentary dubbed "stealing from the sick" cited Arua hospital among the facilities affected by theft of drugs.

Adaku said, the theft does not directly implicate the hospital, but the persons involved.

Dr. Alex Adaku told New Vision on Thursday that much as government has recognized theft of drugs in health facilities, measures have been put in place to control further theft.

The director said, the theft activity involving Jamila Asuru Ceka popularly known by her Facebook name Jamila Atim did not take place in the hospital.

He revealed that Jamila is not full staff of Arua Hospital, but a volunteer staff posted by Infectious Disease Institute IDI working in HIV testing and counseling.

"The hospital does not entertain unprofessional practices in the health sector and Jamila will not be reconsidered in the facility," Adaku said.

Measures have been put in place to stop multiple dispensing points. When drugs are brought by National Medical Stores (NMS), a security team led by the District Internal Security Officers DISO and other relevant authorities witness the process.

Adaku explained that the hospital is now implementing test and treat policy to avoid patients from collecting drugs without being tested for a particular disease.

He said many people come to the hospital on hearing NMS has delivered drugs and want to collect drugs and stalk home yet they are not sick. 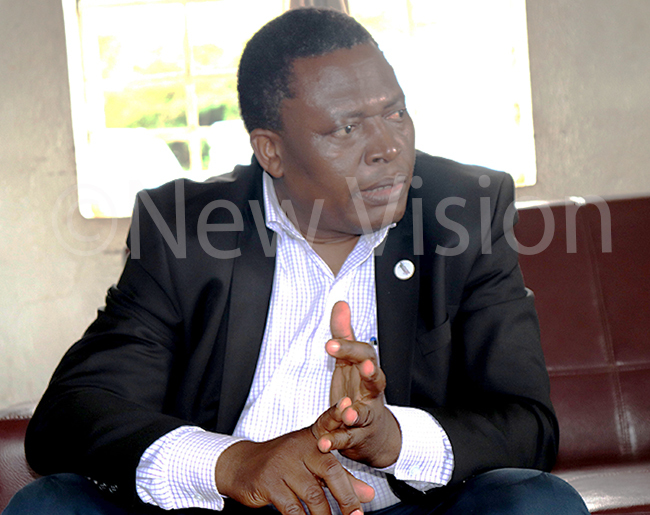 Dr. Charles-Olaro the Director of clinical services in the Ministry of Health while addressing Journalists. Photo by Robert Ariaka

Dr. Charles Olaro, the director clinical services in the ministry of health said all cases on drug theft reported have been followed up.

He added that the government is working on a system to track drugs from the main store to the delivery points in health facilities.

"Guidelines have been given to health facilities to receive drugs and document them. Ministry now allows hospitals to only use one store in order to curb loss of drugs" Olaro said.

He appealed to the public to report any case of sale of government drugs in private health facilities to police or nearest authorities for action.

Slow start for Uganda at the East African Challenge in Dar