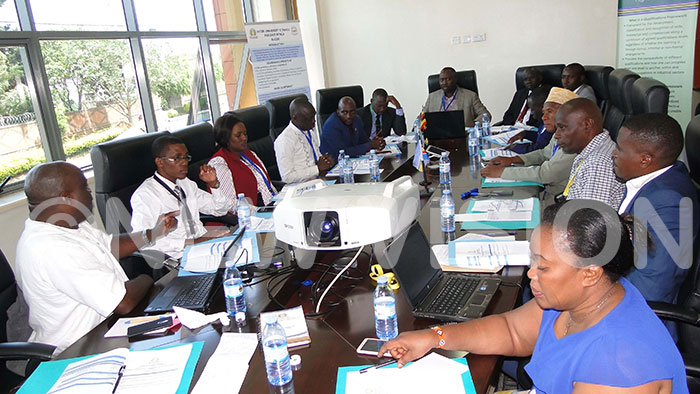 KAMPALA - The East African Community Kiswahili commission has asked the Government to harmonize the development and use of Kiswahili to ensure regional integration and sustainable development.

Prof. Kenneth Inyani Simala the East African Kiswahili Commission Executive Secretary made this request while officiating at the Regional Kiswahili experts meeting held at the Inter-University Council for East Africa headquarters on Wednesday.

Article137 (2) of the East African Community treaty states that Kiswahili shall be developed as a lingua franca of the community to support sustainable development and regional integration.

"It is unfortunate that there is slowness in implementation of the treaty that it is only Tanzania that has the Kiswahili Council but other member states are still failing to set up the facility which would promote the language," Simala observed.

Simala appealed to partner states to show commitment to promoting Kiswahili within the region.

"Each member state should be committed to promoting Kiswahili. The language should be taught in primary, secondary and university level because the teaching of Kiswahili is central to the harmonization of education across the East African Community," Simala advised.

In Kenya and Tanzania, pupils are taught in Kiswahili, while English is taught as a mere subject; in Uganda, English is the major medium of instruction and Kiswahili is taught in a few schools while Burundi and Rwanda hardly have Kiswahili in their schools.

The late Eriya Kategaya, the then minister of East African Affairs in 2011, issued a directive that by 2012, Kiswahili, as a language, be taught and examined compulsorily in Ugandan institutions of learning right from primary level.

Simala believes this initiative has been long overdue that promotion of the Kiswahili language will not be limited to its practice but it will enable member states to co-operate in trade, politics, media, and the educational sector should play its role as the regional lingua franca.

Kiswahili experts agreed that Kiswahili should be a major consideration in the efforts to harmonize education within the East African Community states, this they noted would promote the peaceful resolution of conflicts, unity, life skills and economic growth within the region.

With a regional population of about 132 million people, the East African Community Facts and Figures report of 2009 estimated the five member states to occupy 1.8 million square kilometers.

Simala observed that the regional population is a huge market and source of skilled and semi-skilled labour for the East African community, unfortunately; Uganda may miss out on the job market since many of its citizens cannot speak Kiswahili.

Ismail Magezi the curriculum specialist in charge of Kiswahili at the National Curriculum Development Centre advised Ugandans to come to terms with the fact that Kiswahili is a second language to many countries in East and Central Africa.

Magezi noted that within the East African region, Uganda lags behind when it comes to teaching, speaking and understanding Kiswahili which may put its citizens at a disadvantage.

"Previously, Kiswahili was associated with political and social oppression when it was used by the brutal armed forces in the previous regimes which created bitterness towards the language and that people lost interest in learning it," Magezi observed.

He, however, says gone are the days when Kiswahili was looked upon as a robber's language, it's high time we realize that a developed country like South African is encouraging its citizens to learn Kiswahili; why not Uganda?

It is internationally estimated that the total number of Kiswahili speakers exceeds 100 million people and that over 100 universities globally are currently teaching Kiswahili language and promoting its culture.