Why Chameleon, Bakaluba Mukasa ran to DP
Next Story

A long walk through Mabira Forest is part of the third leg.

Dwelling Places' Kristen Fry with women she and the Journey of Hope team along the way to Njeru during their 467km charity walk from Kampala to Karamoja. (Photo by Joseph Kizza)

A long walk through Mabira Forest is part of the third leg.

Wednesday's 27km walk from Lugazi to Njeru was exhausting, but at the same time rewarding. The Journey of Hope Awareness and Charity Walk 2019 team has not wavered a bit, thanks to the great co-ordination amongst the various teams: logistics, health, evangelism and the walkers.

Having spent the night in Lugazi for the second pitstop, the walkers were up and raring to hit the ground walking. The immediate destination of this segment of the 467km journey from Kampala to Karamoja was Njeru. 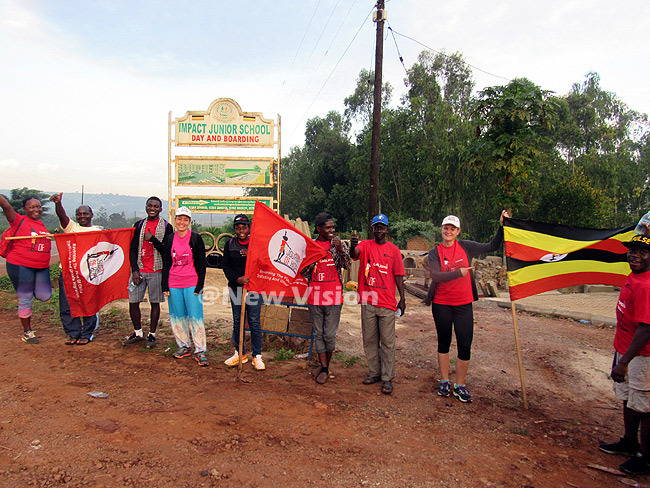 The team held the Journey of Hope flags and the Uganda national flag as they took on the journey before them.

This year, the #SchoolsNotStreets campaign is hoping to raise funds for the construction of a secondary school in Lomaratoit village in Napak district, Karamoja sub-region. 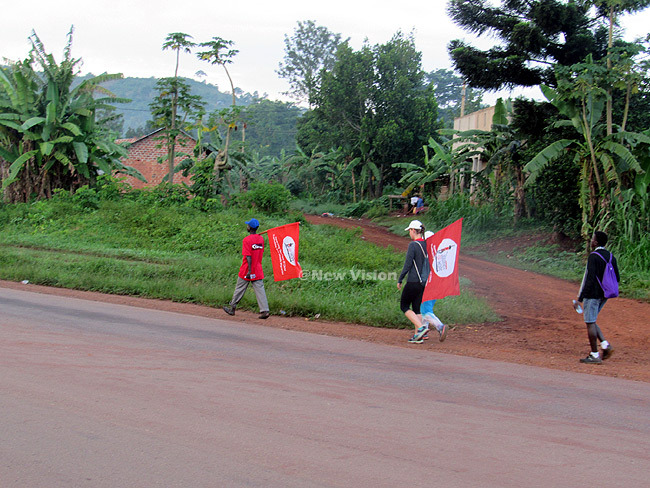 The idea is to raise awareness on the need to support children get into school as opposed to having them loiter in villages or be trafficked to major towns to beg on the streets. 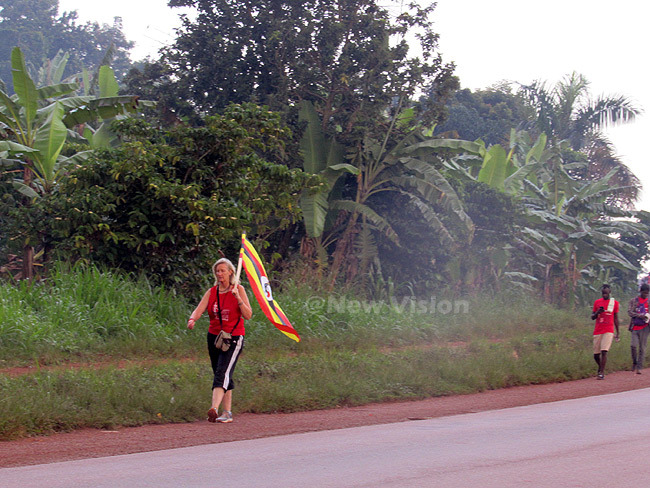 The biennial campaign initiated by Dwelling Places, now in its third edition, has had partners give generously to make the walk a success: New Vision, Terres des Hommes (a Dutch organisation working to, among other things, end child trafficking), City Tyres, Cafe Javas and Girls Advocacy Alliance, which is aimed at eliminating gender-based violence and economic exclusion of women and adolescent girls.

German students Tamara Walz and Linda Uhlig are part of the team walking to Karamoja. They started the journey from Kampala and are determined to reach Lomaratoit village, the final destination. 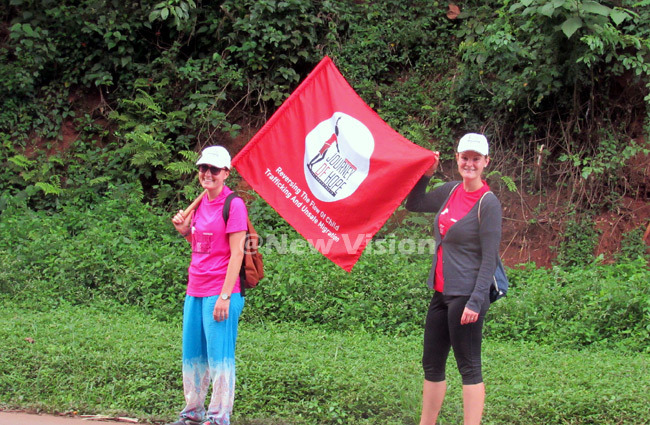 "I am excited to walk through Mabira Forest," said Deo, better known around the camp as Zagga, on Tuesday. The following day, he was down with the walking team to take in the aura that the vast forest has to offer.

The team walked in a single file, and as always, on the "right" side of the road, which technically, is the wrong side of the road. So why walk on the right and not the left?

For such an on-foot journey, it is better to walk in the direction of oncoming traffic as opposed to the other way round. 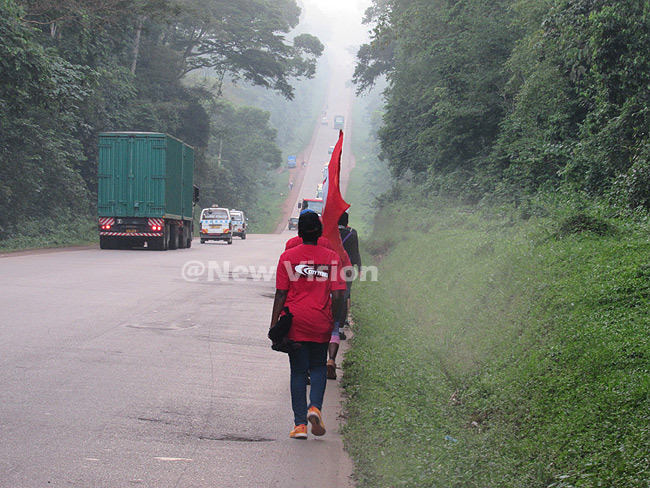 Zagga, pictured left  (below) seemed excited to be a part of this journey. 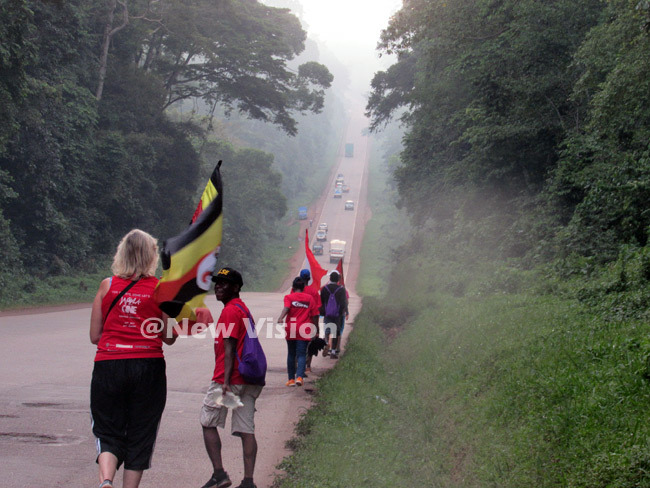 Simon Peter Adungo is 51 and from Lomaratoit village. He offered his land for the construction of the secondary school there. He is walking with the team back to his village, having travelled all the way to Kampala to attend Monday's flag-off ceremony at Parliament. 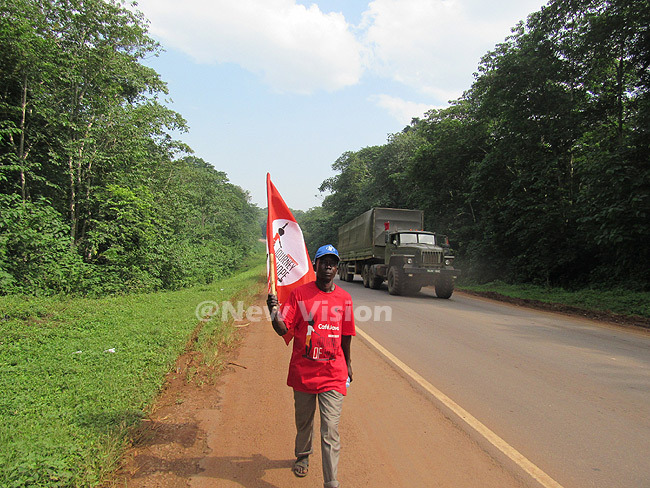 Kristen Fry of Dwelling Places proved that exhaustion has nothing on her when it comes to road walking. 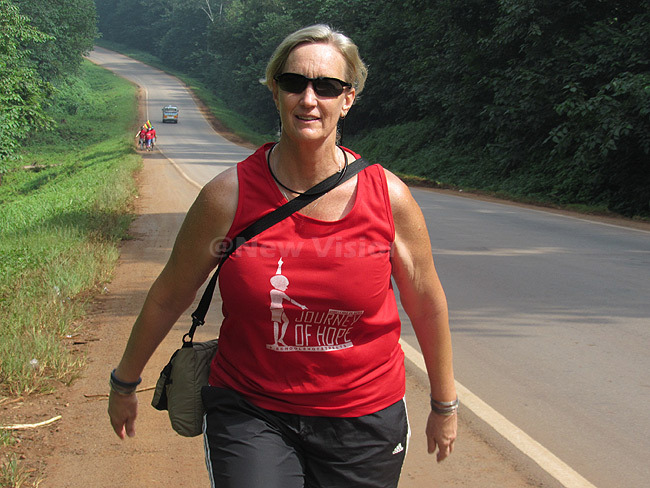 The team usually does roadside advocacy on the Journey of Hope route. On Wednesday, this group of women contributed school fees for pupils to study at Lomaratoit Primary School in Napak. One contributed 3,000, another sh1,000 and another gave sh500.

Parents of the schoolgoers of Lomaratoit are required to pay sh2,000 to cater for school fees and a few other requirements 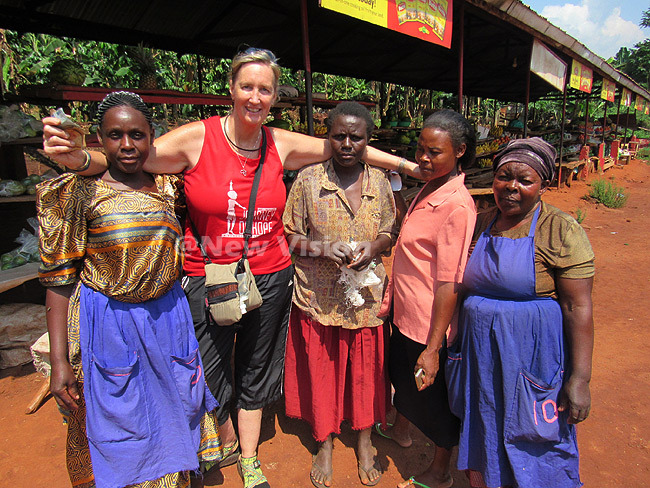 When the team finally touched base at Njeru, the third pitstop, they knew they had made a lot of ground. In total, 81km walked so far. 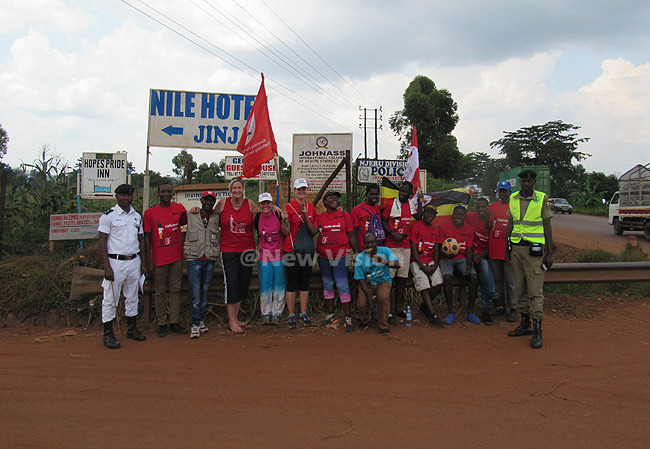 Dwelling Places is a Christian non-governmental organisation, and its work of charity is founded on Christian values. That's why evangelism is a key ingredient of this Journey of Hope trail.

On Wednesday, the evanagelism team were busy spreading the Word in schools in Lugazi and Njeru. They were at Impact Junior School in Lugazi, Lugazi Progressive Secondary School, Njeru Primary School and Noah Mawagali Secondary School. 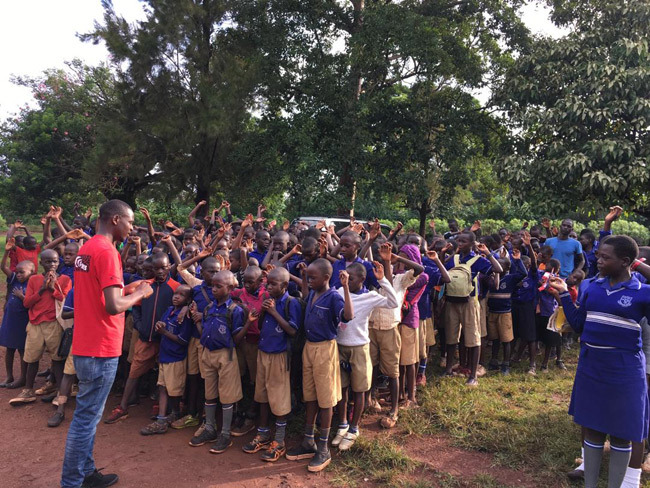 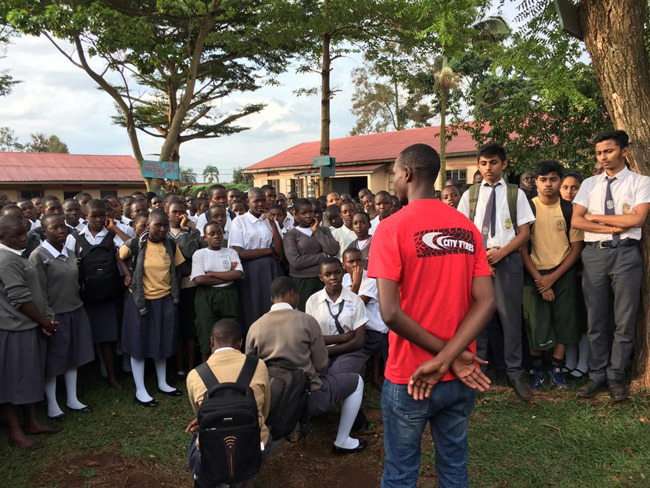 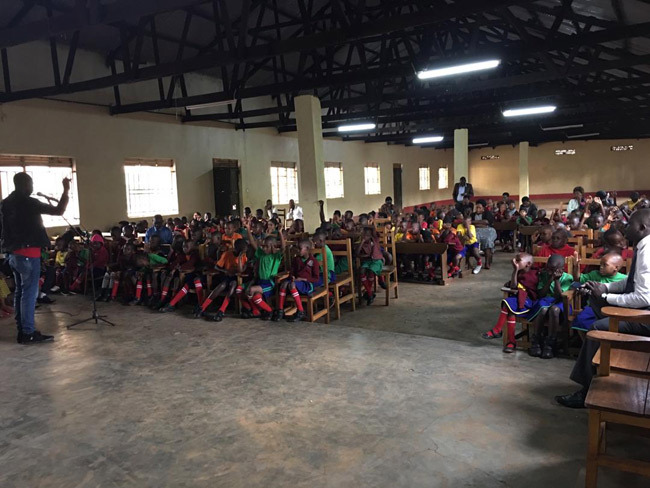 And here at Njeru Primary School

Meanwhile, the Journey of Hope team took in the breathtaking view atop Mto Moyoni, a youth centre, where they pitched camp for night three. 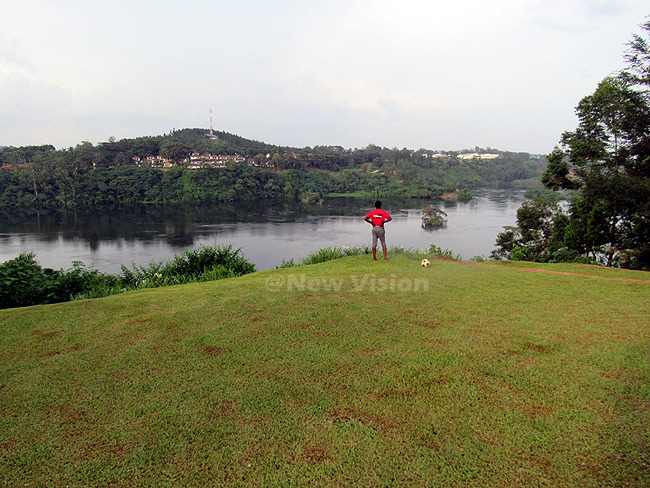 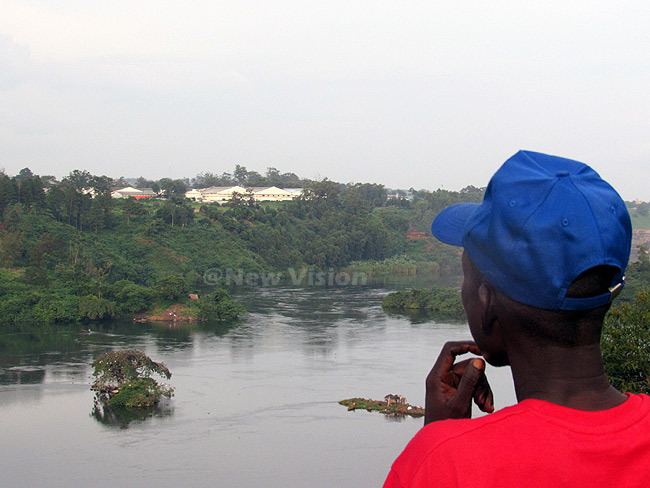 Part of the famour Nile River. 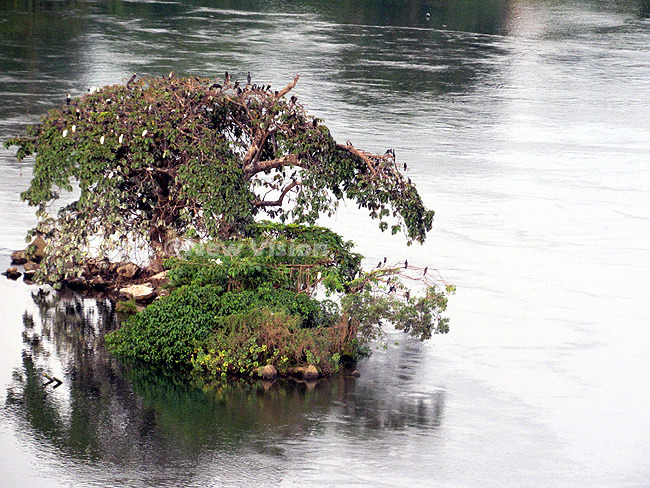 Linette is part of the team (Elpa Uganda) providing health services to this year's Journey of Hope Awareness and Charity crew. After checking in at Mto Moyoni, she had some catching up to do silently on her phone. 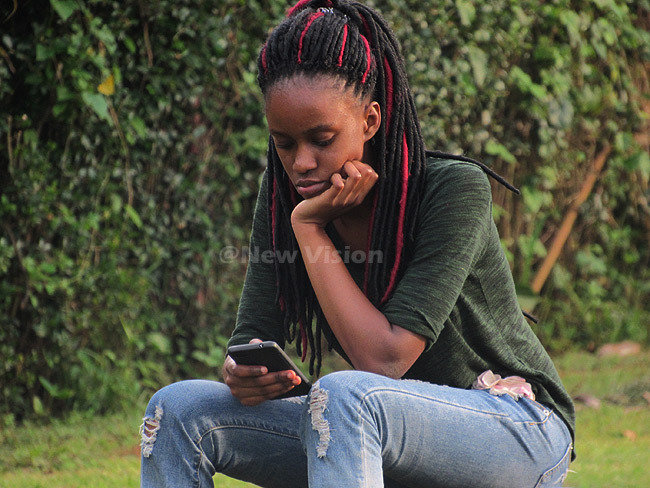 Meanwhile, it was business as usually down below the elevated centre. 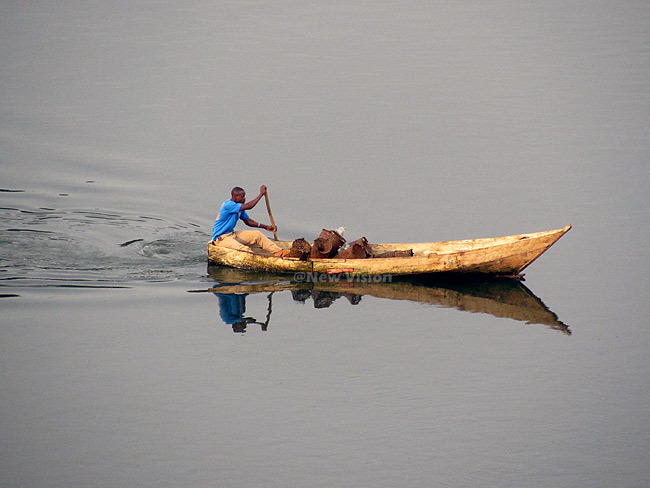 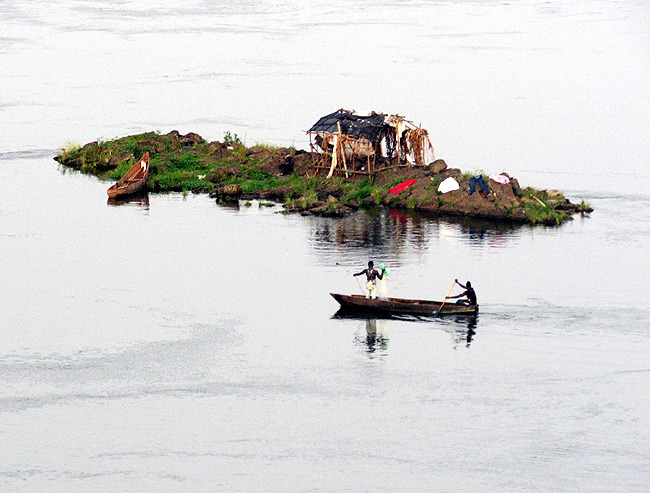 Ready for the night to replenish the tanks for another day on the road. 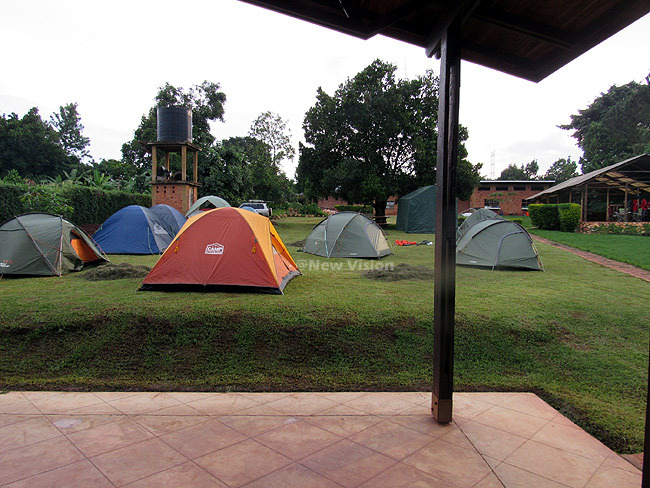