Chameleon surprised the gathering when he refuted claims that he was a supporter of NRM and President Museveni.

Chameleon surprised the gathering when he refuted claims that he was a supporter of NRM and President Museveni.

He was initiated together with Rev Dr. Bakaluba Mukasa, a former staunch NRM supporter and Chameleons younger brother Pius Mayanja also commonly known as Pallaso in the music industry. 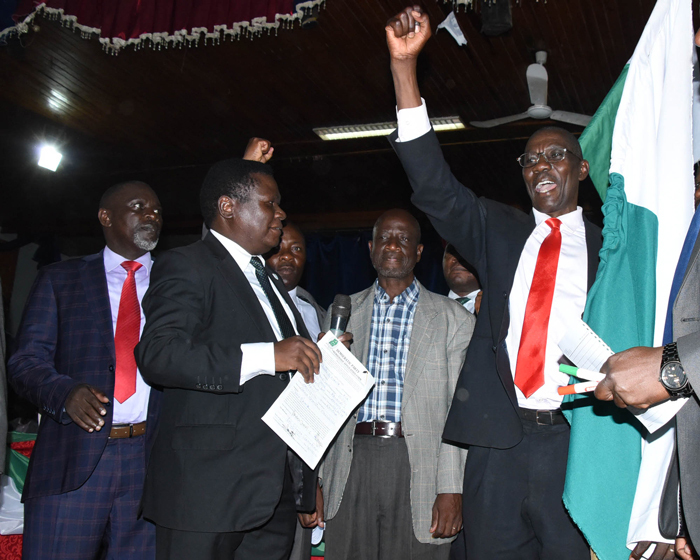 The colourful ceremony, which took place at Nsambya Sharing Hall, was a mixture of entertainment from Chameleon's brothers Pallaso and Weasel (Douglas Mayanja), Spice Diana and other members Chameleon's Leon Island. 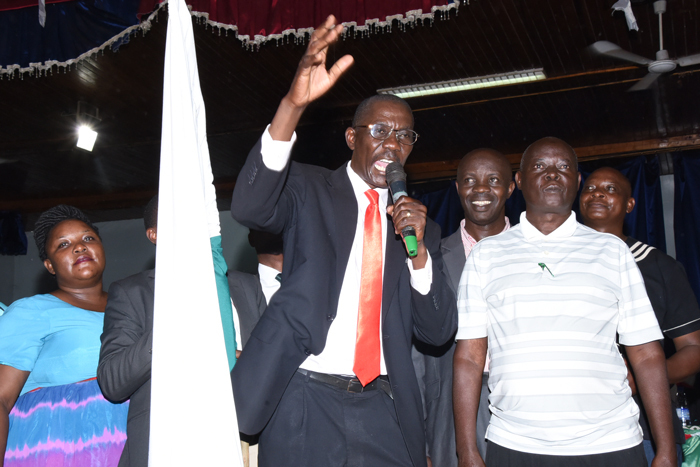 Bakaluba Mukasa speaking during the event. Photos by Mpalanyi Ssentongo

In the 2016 general elections, Chameleon was a big supporter of President Yoweri Museveni. He became very popular together with fellow artiste and longtime friend, Moses Ssali following their project dubbed "Tugenda Nawe" where they composed a song praising President Museveni. 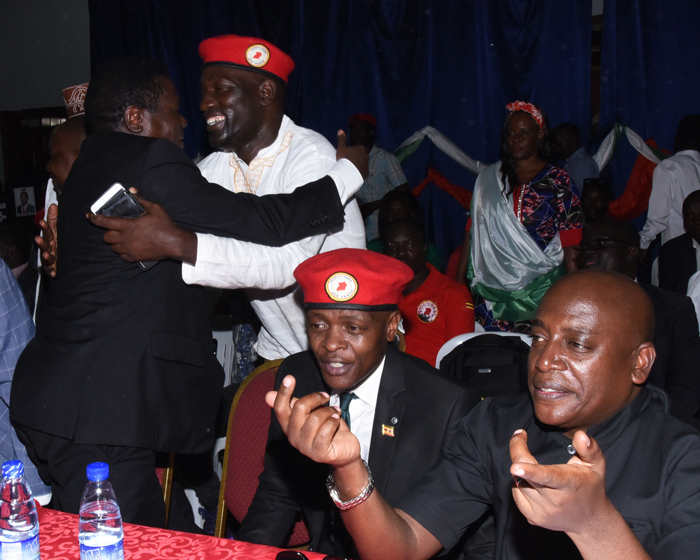 However, Chameleon surprised the gathering when he said he has never been a supporter of NRM and President Museveni.

"I have never been a supported to NRM. I just went there to do business like those who print t-shirts and posters. I am sorry for having gone there," he said while kneeling down on his knees. 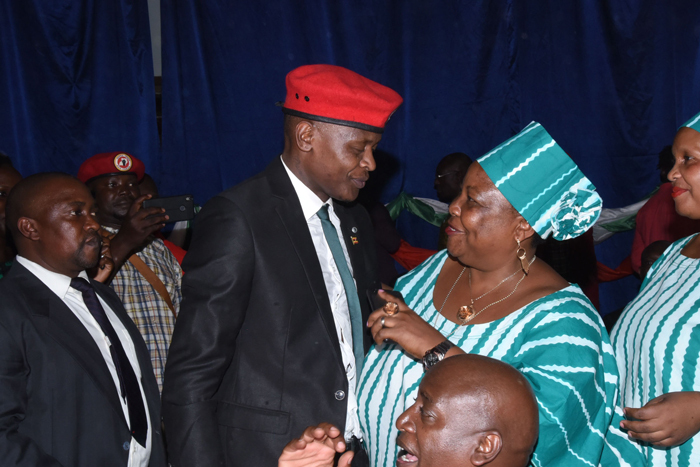 Chameleon said he cannot continue supporting anyone who has failed to deliver for over 25 years.

He also declared his intention to stand for Kampala mayoral seat in 2021 on the DP ticket under the DP bloc alliance. 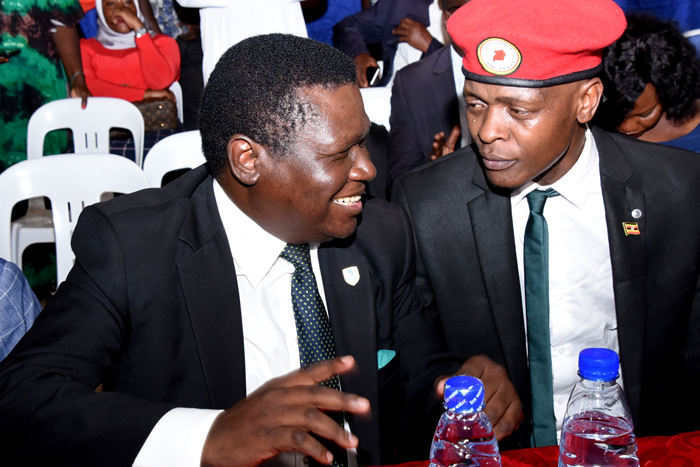 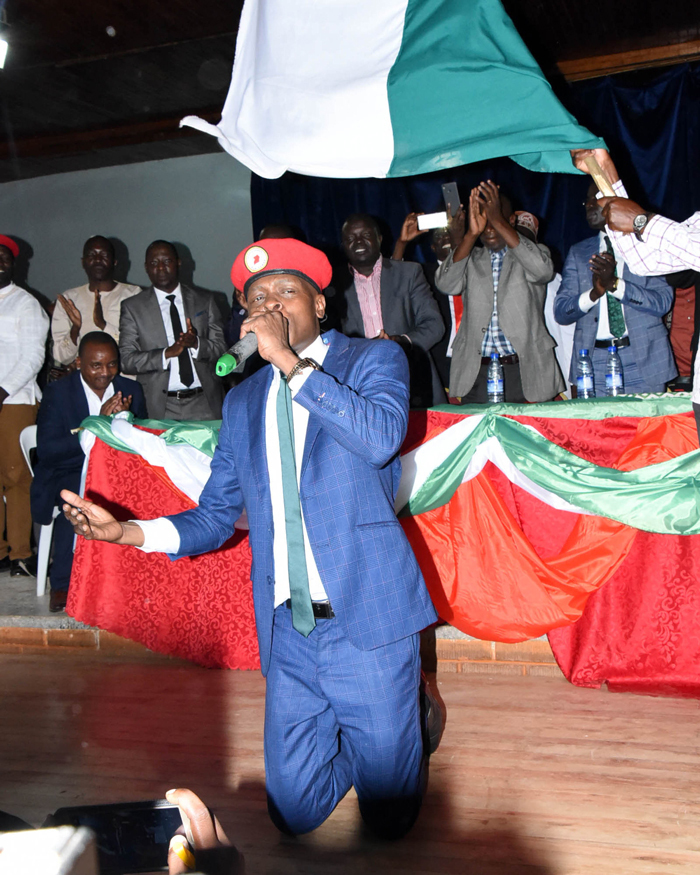 The bloc focuses on fronting one candidate at each level in 2021 general elections.

Mayanja was also accompanied by his mother Proscovia Namirimu Mayanja, and his two brothers, Pallaso and Weasle. 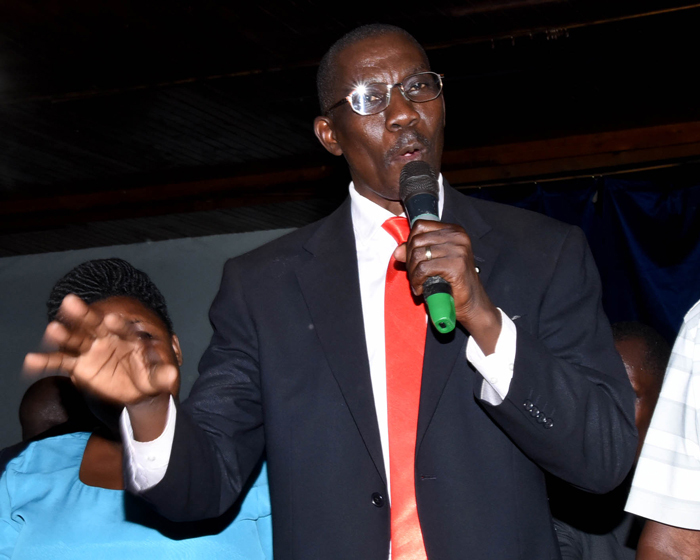 While handing over the card, Mao announced Chameleon as the national party chief mobilizer of the party, attracting applause from the congregation. 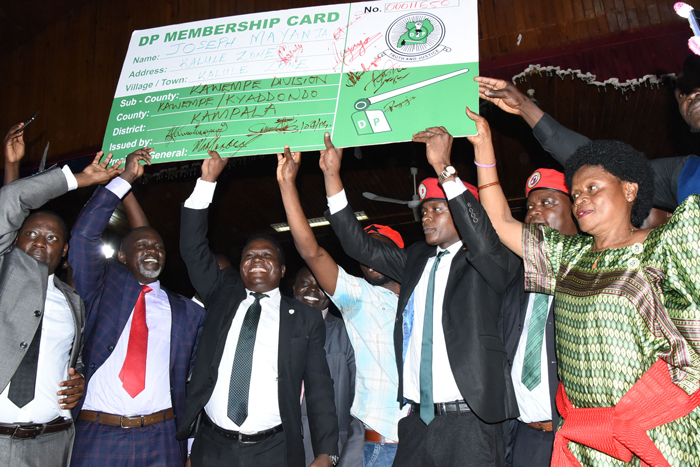 "From today, I appoint you as the chief mobilizer of our party and you should start your work immediately. We are going to hand you over the instruments of power," he said.

Mao also used the same event to launch the national recruitment campaign of new members into the party.

"In DP, all members are equal irrespective of our statuses. We welcome everyone because we see value in everyone," he added.

Mao asked members to avoid discouraging rumors every time they get new members joining the party from other parties especially NRM. 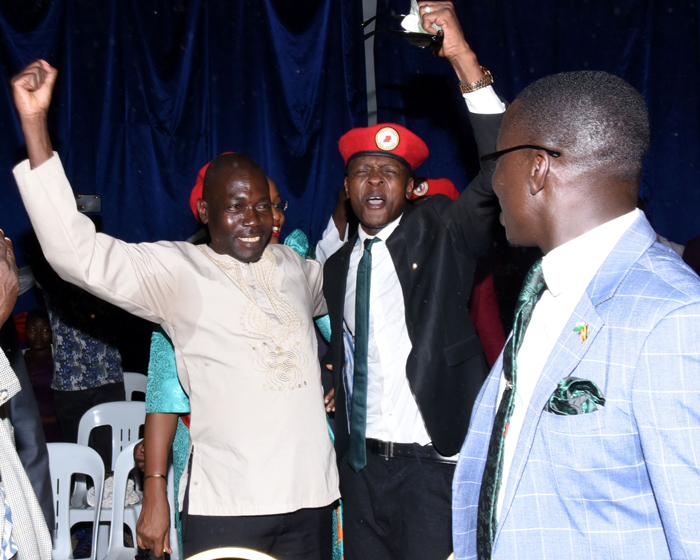 Earlier on, Chameleon and his supporters were engaged in a scuffle with anti-riot police and LDUs around Joint Medical Stores (JMS) in Nsambya after Chameleon attempted to forcefully use another route he was not allowed to use.

However, he managed to run out of his vehicle and jumped on a boda-boda; but in the process, his trouser got torn.

Aboard a boda-boda, Chameleon arrived at the venue at around 2:00pm dressed in a black suit and a round red cap for "People Power" accompanied by his two brothers Weasle and Pallaso and other fans chanting people power slogans.

His mother Namirimu said they are ready to continue serving DP. 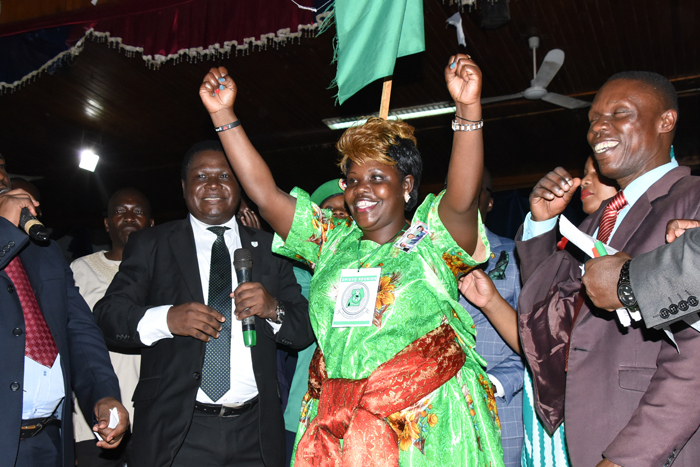 Bakaluba Mukasa said he decided to quit NRM on realizing the bus driver was taking a wrong route.

Mike Mabikke, a member of the DP bloc alliance, asked members to embrace those who come from the NRM camp. "We even realized that those from NRM do a tremendous job for us like Col. Kizza Besigye, Betty Nambooze, Maj. Gen. Mugisha Muntu, and Erias Lukwago among others. They have done alot in the struggle," he added.