Not often in Uganda does a cycling race raise over a billion Shillings in one week.

But this is what happened last week as AMREF Health Africa in Uganda in partnership with AMREF Flying Doctors in the Netherlands held their second fundraising event in Uganda.

The event (Africa Classic) that started on June 23 had 58 cyclists from the Netherlands covered 600km through 7 districts of Uganda, ending at the Imperial Resort Beach Hotel in Entebbe on Saturday. 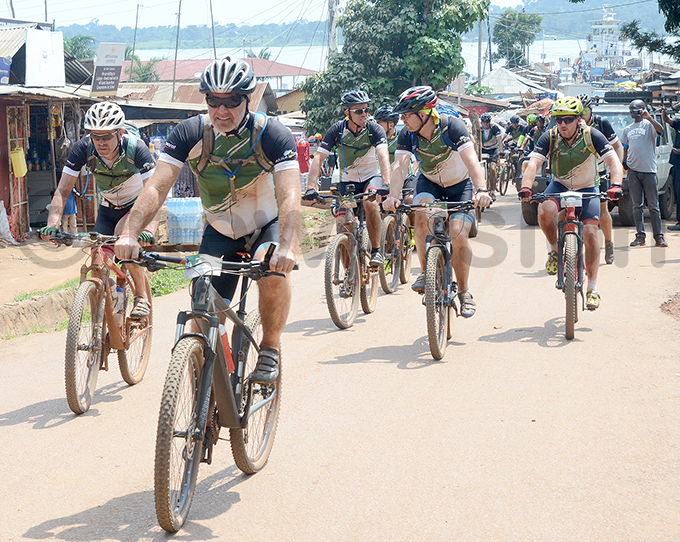 Some of the cyclists ride towards the finish line at Nakiwogo in Entebbe. Photo by Michael Nsubuga

The cyclists some in their 60's and above started the gruelling race in Luweero, Nakasongola, Masindi, Hoima, Kibaale, Kiboga, Mubende, Mpigi before finishing in Entebbe.

A cheque amounting to Euros 413,920 (sh1.7b) was presented to AMREF Group CEO Dr Githinji Gitahi who was in the company of country director at Amref Health Africa in Uganda Abenet Leykun Berhanu, at the end of the race.

According to Githingi, the AMREF office in the Netherlands organises the riders after each one of them gets involved in fundraising up to 5000 euros each. 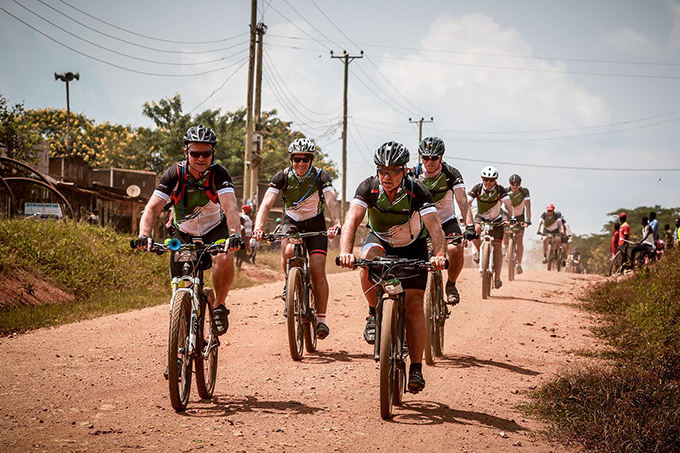 The cyclists going through one of the villages during the Africa Classic. Photo by Eppo Karsijns

He said the money is used to support different health interventions in Africa through the provision of health care to communities that are not near health centres, especially improving lives of women and children in disadvantaged communities across the country.

"We are focused on improving lives of women and children; some of the money is going to train midwives and we are also going to ensure more children get immunized through more outreach services; we have been doing this but now we are going to increase on those services," Githinji said.

"We use the same funds to build the capacity of community health workers and public health facilities including hospital and providing other health services," Berhanu noted.

Use new oil resources to improve lives of Ugandans

Use new oil resources to improve lives of Ugandans

Use new oil resources to improve lives of Ugandas