A 467km walk from Kampala to Karamoja is underway.

A 467km walk from Kampala to Karamoja is underway.

The flip of a calendar to a new month is received in many ways. For some, the first day of a new month may be as ordinary as the last of the previous month. For others, it means a fresh start, a chance to pull out a new slate and get back to default settings of pretty much everything. But for one particular group, the first day of this year's July meant a whole lot more than just a new day. It marked the beginning of a new journey. It set in motion a journey to breathe hope in the lives of many a child in Uganda. July 1 marked the beginning of a new chapter of the Journey of Hope Awareness and Charity Walk.

For the next 17 days, this select team will continue to slalom on foot through a number of Ugandan towns on the eastern axis, keen on raising awareness on the plight of street-connected children.  Their journey started off on Monday at Parliament in Kampala, where a flagoff ceremony was held to set them off. 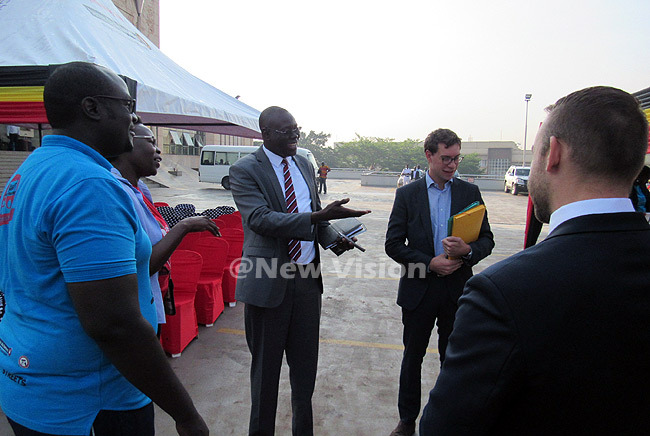 The function would be graced by the First Lady and Minister of Education and Sports, Janet Museveni. She sent a representative: James Ebitu, the director of social protection in the gender ministry (pictured second from left in the picture below, mingling with officials, including Damon Wamara, the country director of Dwelling Places - the Christian NGO behind the Journey of Hope campaign). 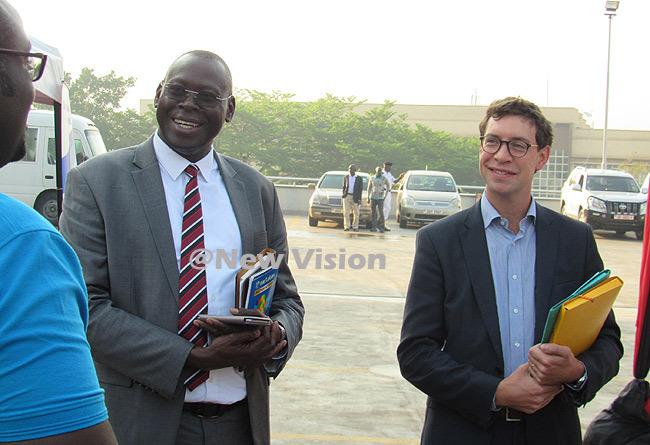 By as early as 7am, all was set for the flagoff ceremony that would involve speeches by a wide range of stakeholders, a presentation by a school, testimonies and then the flagging off itself. 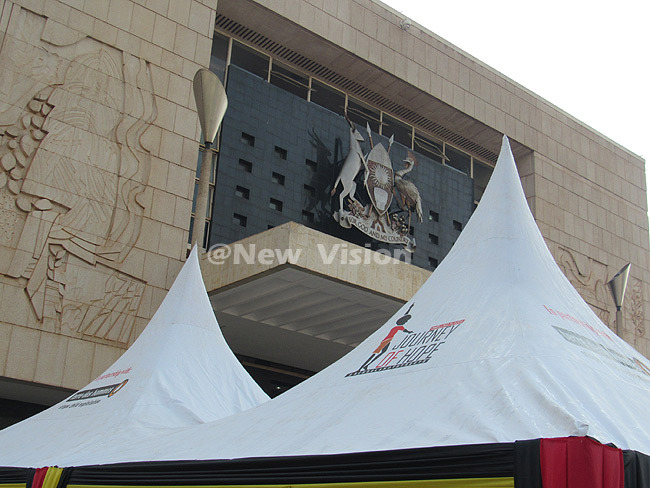 The Journey of Hope Awareness and Charity Walk is a biennial event. It is in its third edition, and this time around, Buganda Kingdom, Church of Uganda and Parliament (Uganda Parliamentary Forum for Children) are partners.

Also, several sponsors are all in to support the efforts towards improving the lives and future of thousands of children. One of them is SBI International Holdings AG (Uganda), whose representatives showed up at the venue clad in white shirts and raring to join in on the cause. 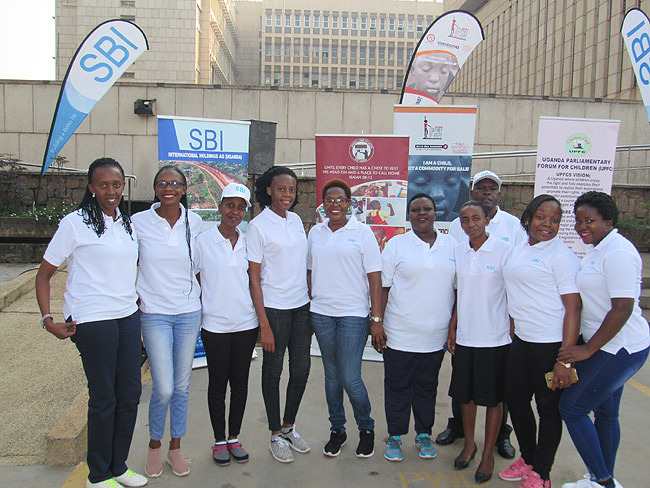 Pupils and students also checked in early for the event to represent thousands of their counterparts. The Journey of Hope is all about children and the campaign's tagline is #SchoolsNotStreets.

The emphasis here is clear: Children should be in school, not on the streets. 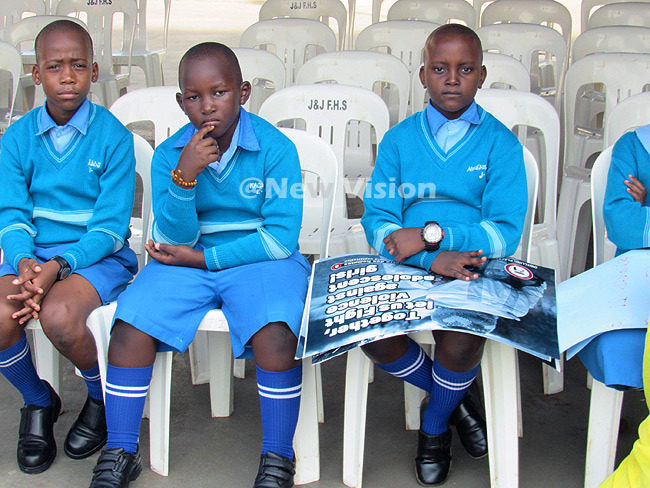 Guests were treated to a series of colourful musical tunes by the Mothercare Preparatory School band wearing a red and black uniform. 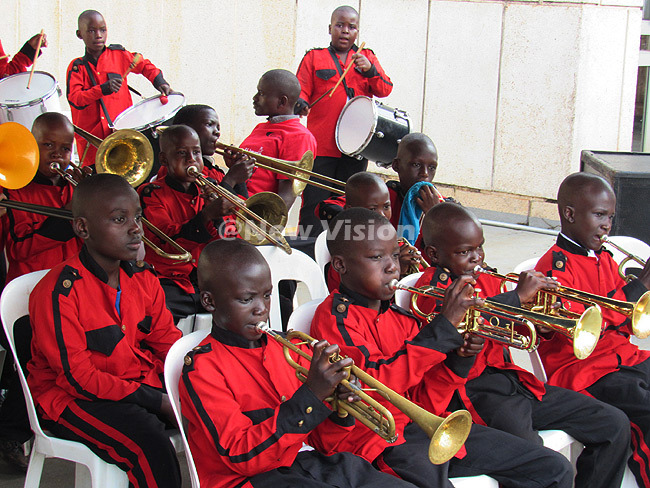 Music, an essential part of a child's life. 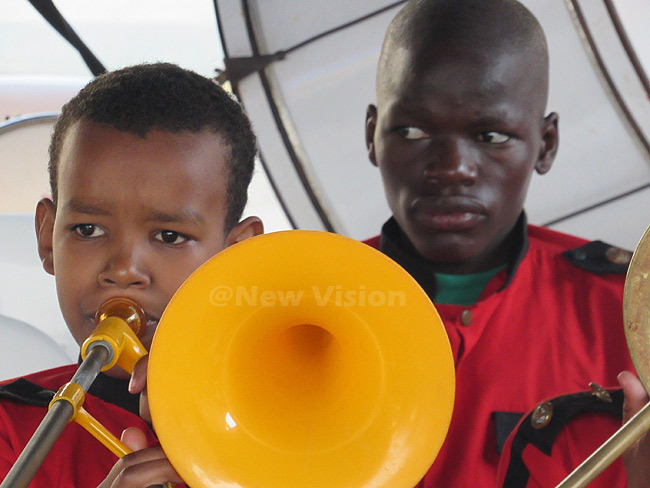 The US and  Belgian embassies were represented at the function. 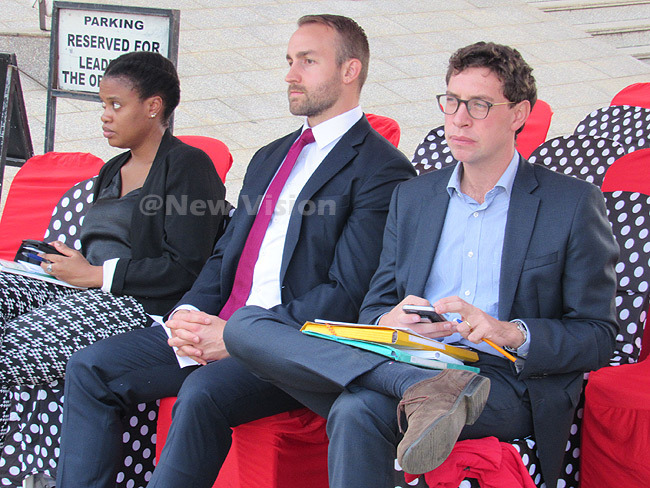 The VVIPs of the day were not your ordinary VVIPs. This time, things were a little different - but this is what the Journey of Hope is all about. At the core of this initiative is the need to support rescue, rehabilitate and reintegrate street-connected children who have either been trafficked or are victims of unsafe migration.

So for the flagoff ceremony at Parliament, the VVIPs were a large group of street children from Kisenyi, in downtown Kampala. 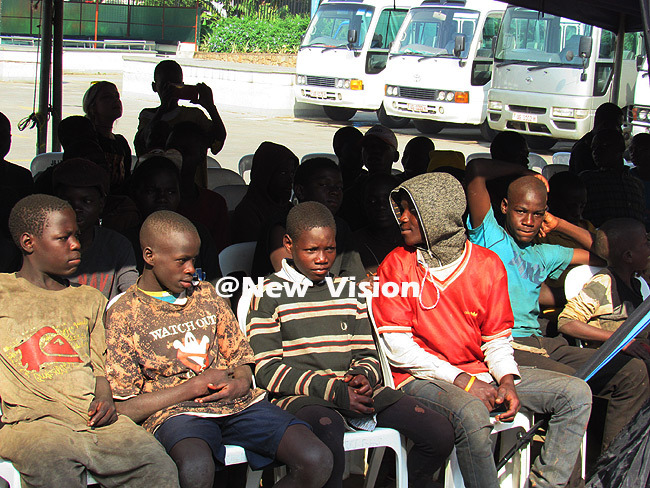 Damon Wamara, the country director of Dwelling Places passionately voiced his excitement over the fact that "this day has finally arrived".

"All children want to go back home," he told guests, also thanking the children for being bold to come to Parliament.

"Together, we have able to push and raise their voice."

Dwelling Places, started in 2002, is one of about a hundred homes approved by the gender ministry. 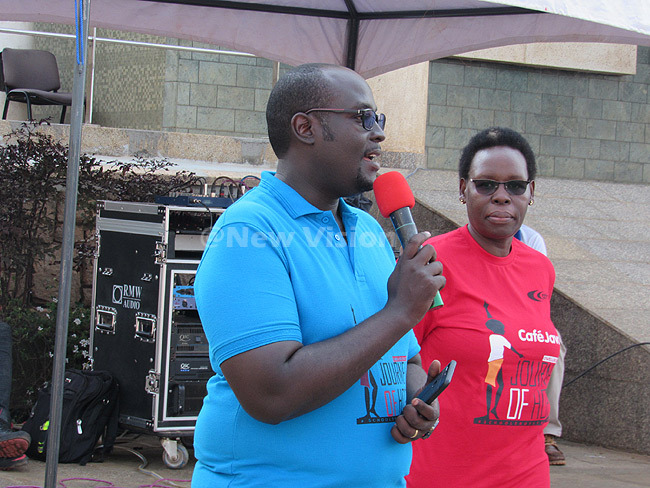 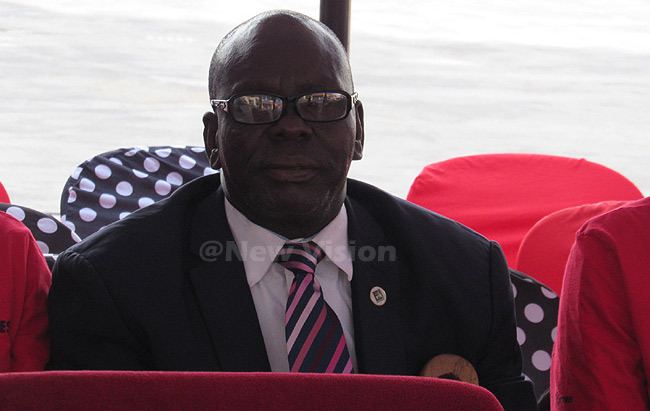 Dwelling Places founders William and Rita Nkemba offered insights into the bigger picture for which their organisation exists.

"Children deserve to be in schools, not on the streets to be exploited, and that is why we are walking this year," said William, a similar call by his wife and long-time, multi award-winning child rights advocate Rita. 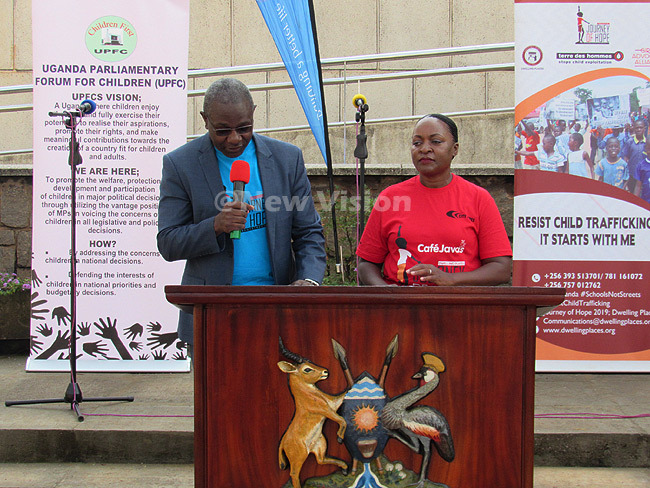 Rita said that this time around, they want to raise funds towards the construction of a secondary school in Lomaratoit Primary School in Napak district, Karamoja sub-region.

Napak has been found to be the origin of majority of children who end up on the streets of Kampala and other major towns.

The leadership of Napak have embraced the efforts of stakeholders such as Dwelling Places. This year, they will join in on the awareness and charity walk. 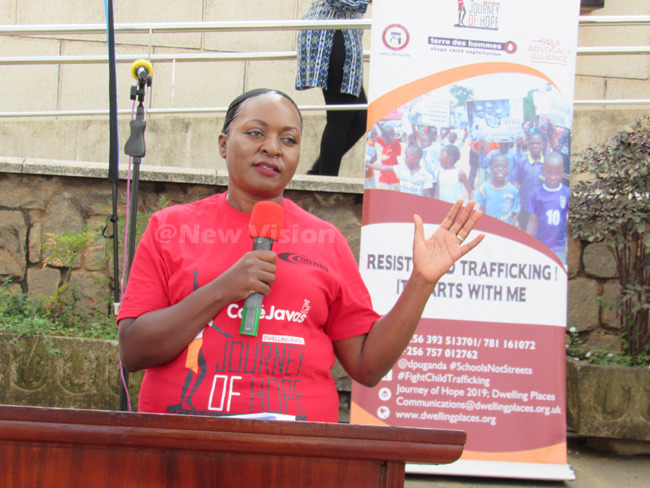 Rita's mother Edith Serukenya attended the function. According to Rita, her greatest inspiration in her work of charity spanning years has been her family. 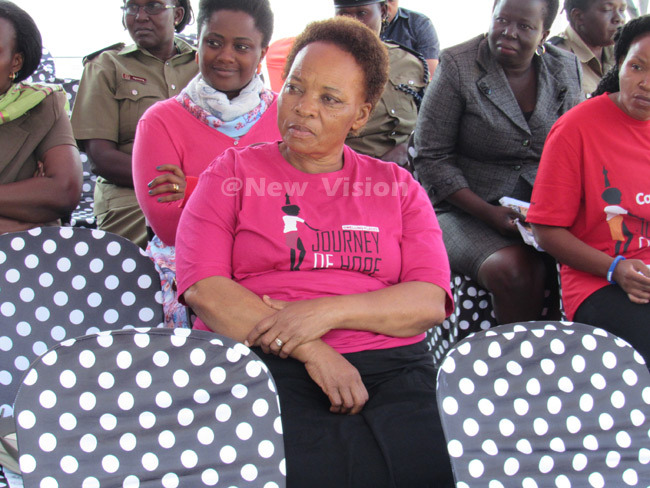 Kampala Capital City Authority (KCCA)'s deputy director for gender Josephine Lubwama Mukasa said the Authority has decided to come up with an ordinance that "will come a long way in dealing with perprators".

And by perprators, she means adults who ferry children onto the streets to beg and those who keep them in illegal homes.

"We need to close settlements where street children stay. In the coming month, we expect a group of leaders from Napak to come and talk street children into returning home voluntarily. 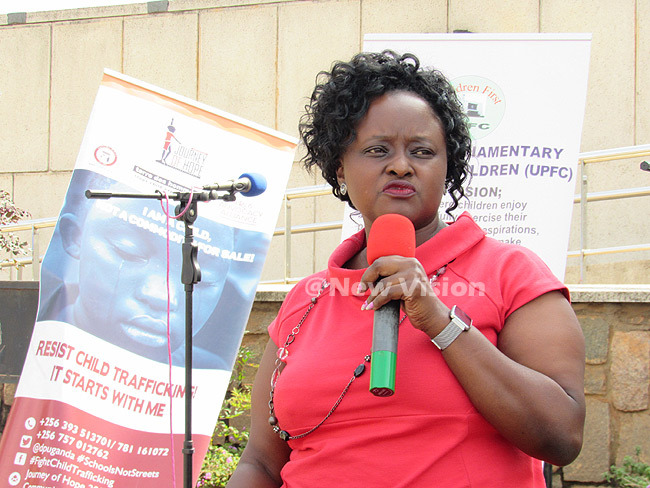 A team from Police's family and child protection unit also delivery remarks on the day graced by several stakeholders.

They spoke of parents who do not respect the rights of their children and also channeled their call towards "working as a team to see that children's dreams are fulfilled". 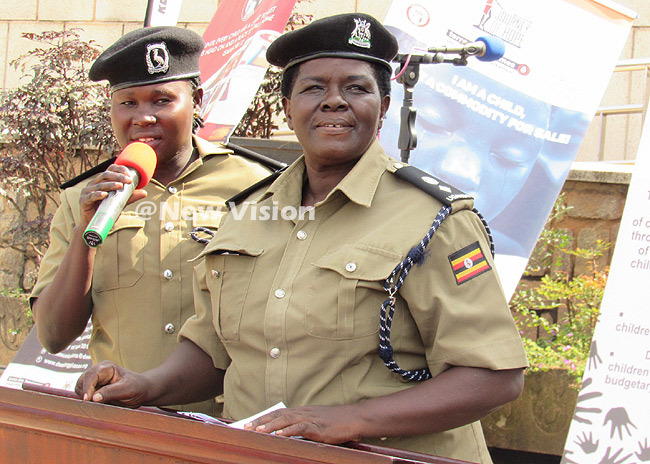 A simple, humble, ordinary man one with a HUGE heart. When he found out that Dwelling Places, through the Journey of Hope #SchoolsNotStreets campaign, was planning to build a secondary school in his village (Lomaratoit), he offered 19 acres of his land for the cause.

In fact, he travelled all the way from Lomaratoit in Napak to Kampala to attend the flagoff ceremony and set off with other walkers for the 467km journey back to his home. 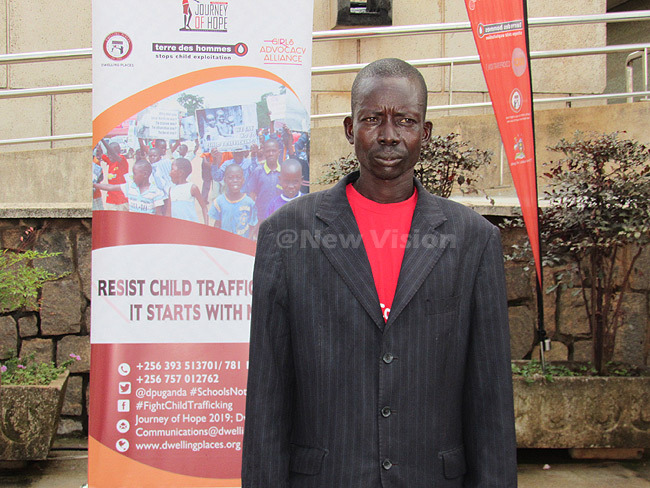 Some of the VVIPs shared their testimonies.

One revealed that he knew some of the street children killed by a collapsed wall in the city recently. 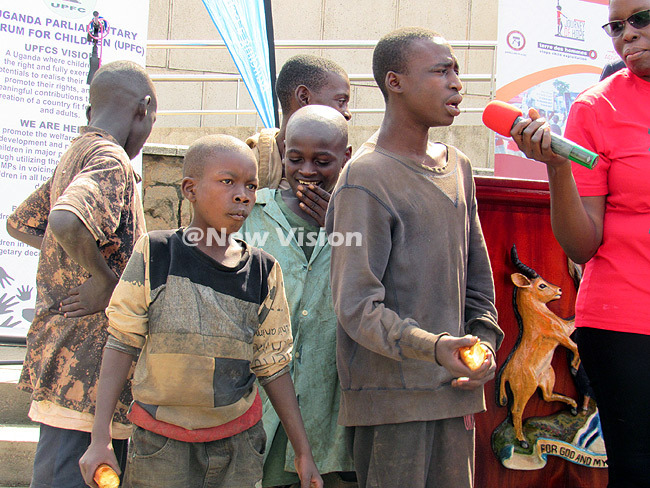 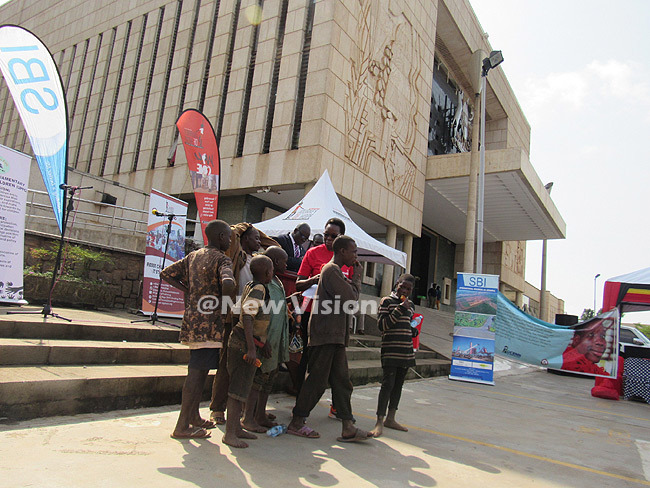 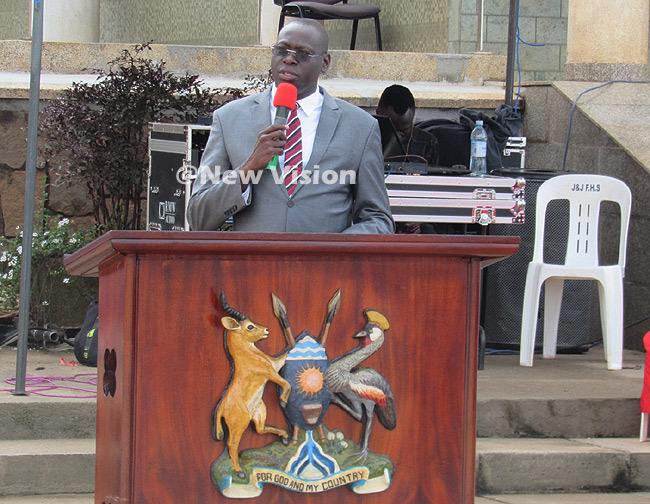 A poem was presented by youngsters on children's rights. 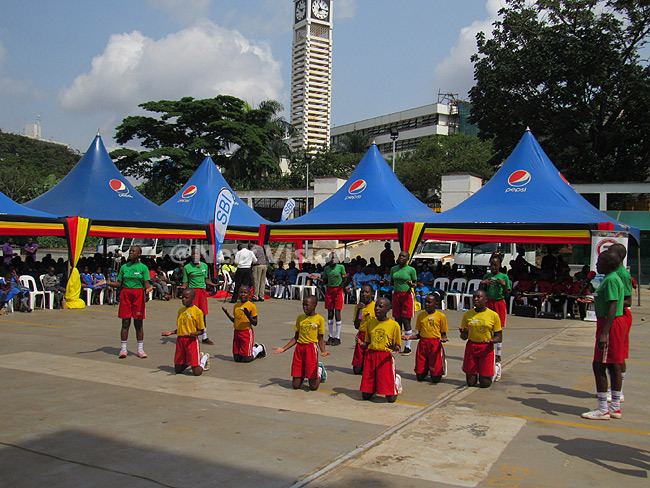 And then the flagoff! 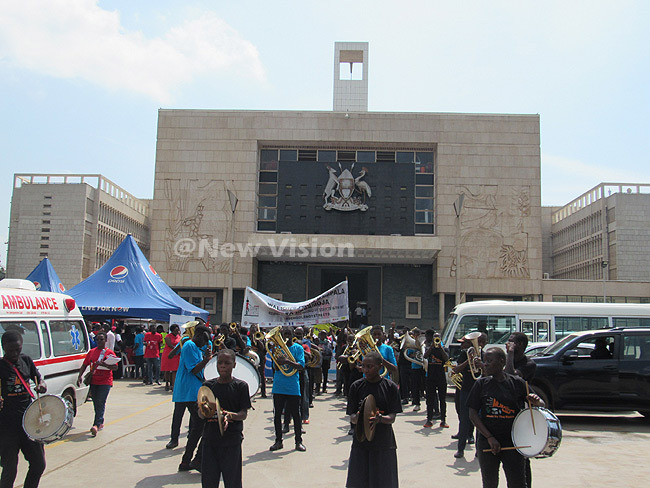 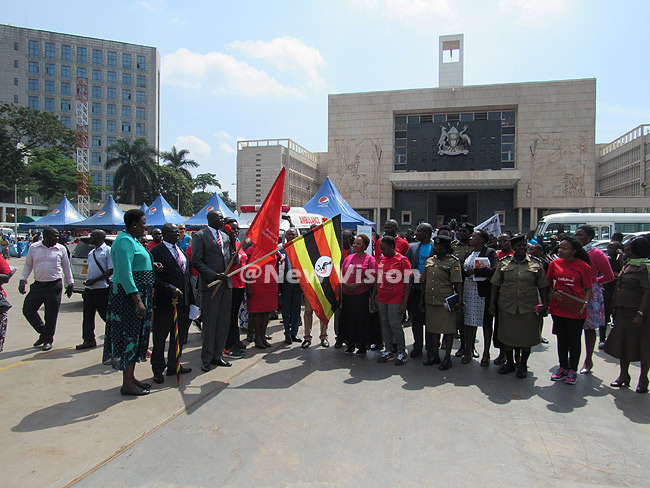 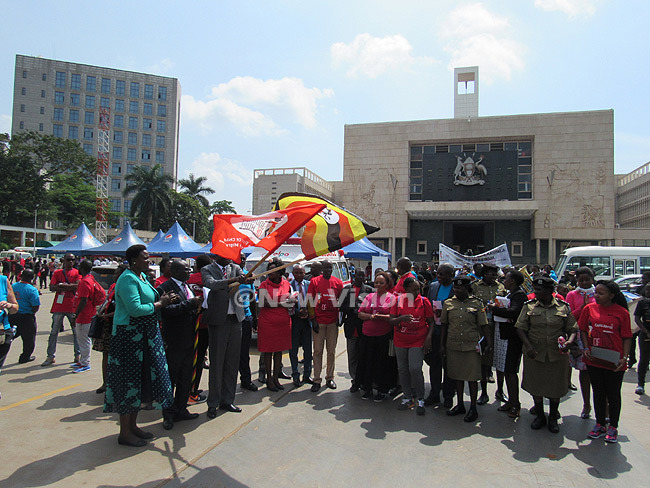 AND OFF THEY WENT!

Updates on the road coming up in subsequent stories.

Yoga a ray of hope in HIV/AIDS

Yoga a ray of hope in HIV/AIDS

Can exercise detoxify the body?