MENU
Dealing with change in your marriage
Previous Story

Why selfies are more deadly than shark attacks

Between October 2011 and November 2017, at least 259 people died taking selfies around the globe.

A woman takes a selfie at the surroundings of the Museum of Tomorrow in Rio de Janeiro, Brazil. (AFP)

Between October 2011 and November 2017, at least 259 people died taking selfies around the globe.

Selfies, which have become a global sensation in the last decade or so, have remarkably killed five times more people than shark attacks.

And the death toll has crept up incrementally each year as smartphones become more sophisticated and selfie-sticks increase the range at which people can snap themselves, prompting them to take bigger risks for the perfect shot.

Between October 2011 and November 2017, at least 259 people died taking selfies around the globe, according to India's Journal of Family Medicine and Primary Care, compared to just 50 people killed by sharks in the same period.

While women take the most selfies, young men, who are more prone to take risks, make up three quarters of the selfie deaths -- in drownings, crashes, falls or shooting accidents.

India, with a population of more than 1.3 billion and 800 million cell phones, holds the record for the number of people dying in the act of photographing themselves, with 159 recorded so far.

That is more than half of the global total -- and a testament of sorts to the nation's love of group photos and its youthful population. 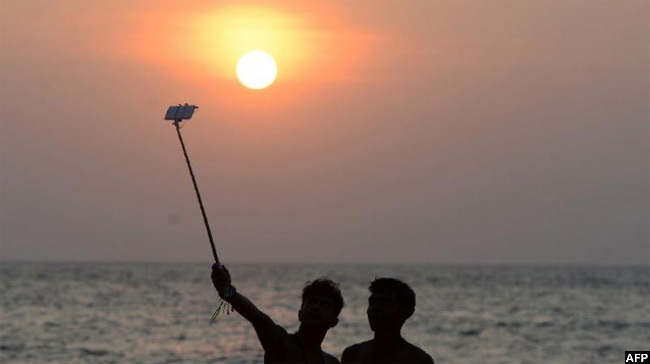 India, with a population of more than 1.3 billion, has 800 million cell phones

India has seen selfie-snapping groups of youths die when they were hit by a train or drowning when their boat sank at the moment they were clicking the shutter.

The situation has become so dire that India has set up "no selfie" zones -- 16 of them in the city of Mumbai alone.

The country came in far ahead of Russia (16 deaths), the United States (14) and Pakistan.

In Russia, people have fallen from bridges and high-rise buildings, shot themselves or even died while handling a land mine. Police issued a guide to "selfies without danger" in 2015.

In the United States, most of those involved in selfie deaths fatally shot themselves while seeking the perfect pose. A number of people have fallen to their deaths at the Grand Canyon. 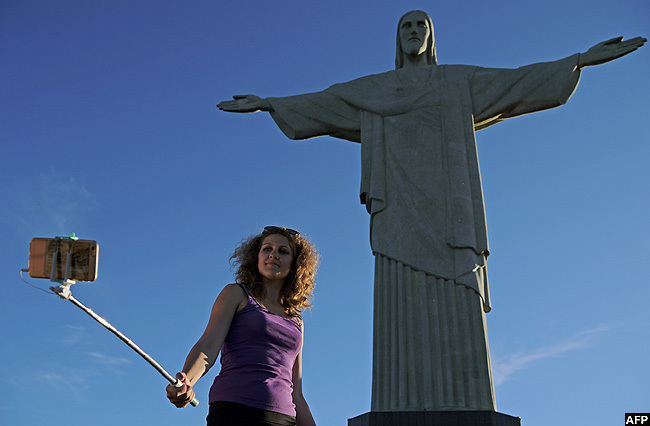 Compared to men, women take the most selfies

Rescue services in Croatia used Twitter to ask tourists to "stop taking stupid and dangerous selfies" after a Canadian miraculously survived a 75-meter (250-foot) fall in the Plitvice lakes region.

In January, Taiwanese social media celebrity Gigi Wu -- known as the "Bikini Climber" for taking selfies on top of mountain peaks dressed in a bikini -- died when she fell into a ravine. She was 36.

Even when they are not fatal, selfies can be extremely macabre.

In 2014, a Brazilian woman sparked rage online when she took a smiling selfie in front of the coffin of presidential candidate Eduardo Campos at his funeral.

Social media influencer Sueli Toledo also caused a stir online when she posted a picture on Instagram with the caption, "My look today for the funeral of a super friend."

Selfies in places deemed sacred or hallowed -- especially when they honor the dead -- can also raise questions.

At the former Nazi death camp of Auschwitz in Poland, visited by 2.1 million people every year, museum staff do not hesitate to contact people who post selfies deemed to be inappropriate.

From Brazil to Vietnam and Germany, witnesses to traffic accidents have posted selfies at the scene of the crash -- generally seen as gauche.

More and more, selfies -- even in tourist havens -- are becoming a bit of a nuisance for locals. 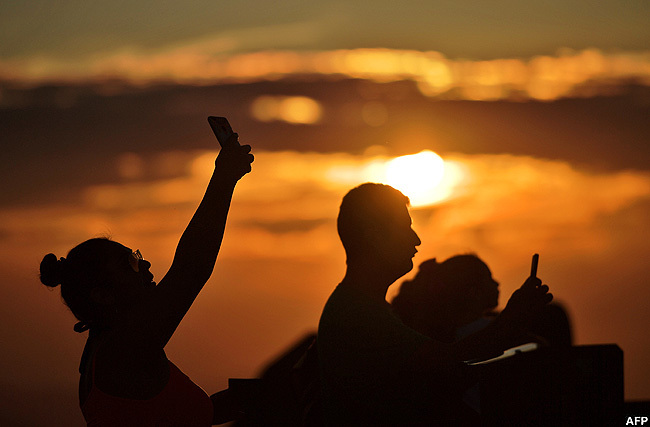 Residents of the picturesque Rue Cremieux in Paris were so disturbed by the constant stream of selfie-snapping tourists outside their windows that they started their own Instagram account, clubcremieux, where they publish pictures of the most absurd posers outside their doors, skewering them with barbed captions.

In Brazil, several youths made a buzz on Facebook in 2017 when they posted smiling selfies taken among terrified bus passengers who had thrown themselves to the floor during a shooting.

Facing the mad frenzy of endless selfies, Vienna has launched a campaign for a digital detox.

The Belvedere Museum has put up a large copy of Gustav Klimt's classic painting "The Kiss" near the original and added a giant red hashtag, so that visitors can take their selfie next to the facsimile and actually look at the real work of art.