“The pilot program has started in Kampala with the intention to draw in as many refugees as possible. After assessing its success, they will scale it up to other settlement,”

“The pilot program has started in Kampala with the intention to draw in as many refugees as possible. After assessing its success, they will scale it up to other settlement,”

FINANCIAL INCLUSION  REFUGEES
Divine Kaneza, a mother of two is a refugee who has settled in Uganda after she fled from Rurundi in 2015 following a political insurgence.
Kaneza a single mother of two found it challenging to fend for her children, it became challenging because she was unemployed for two years. However, doors for her financial liberation opened after she acquired a savings account with UGAFODE bank, Rubaga branch.
Gradually, Kaneza started saving part of the money her family members who stay abroad would send her for upkeep. She also joined a refugee driver's association that offers driving lessons to the public.
After Keneza had accumulated savings of up to sh3m, in August 2017, Kaneza acquired a loan of sh4m from UGAFODE and started a saloon business in Kisenyi, a Kampala suburb. After one year and two months, Kaneza has completed paying off the loan.
Kaneza has been able to operate businesses because of the conducive Uganda's Urban refugee policy.
The public relations coordinator at InterAid Uganda, Sanon Mukose explains that the urban refugee policy stipulates that when refugees come to Kampala they should take care of themselves and live better. However, it is not always the case, survival is hard. This is where intervention of partners is needed, Mukose notes. 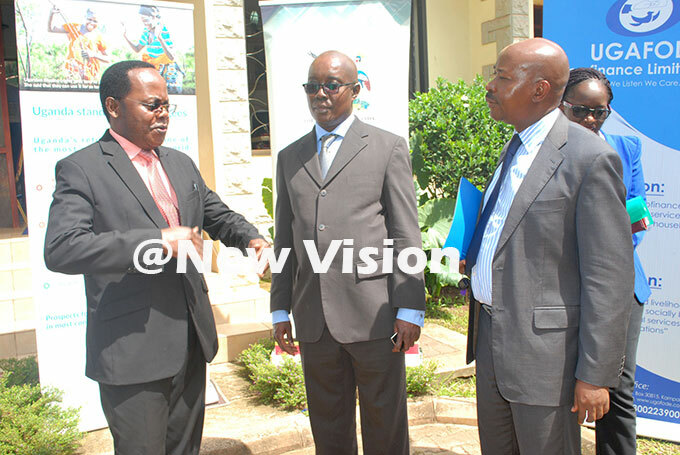 The excecutive director InterAid Uganda; Samuel Muiri Wangalwa (extreme left) chatting with UGAFODE Microfinance Limited (MDI) Timothy Etoori (middle) and head of business growth and development, Rogers Kakeeto (extreme right ) after signing a partnership at their offices in Rubaga recently.
Interventions for urban refugees
One major challenge that refugees face is denial to access of credit from banks. As a strategy to solve the problem, recently InterAid Uganda in partnership with UGAFODE Microfinance Limited signed a memorandum of understanding to implement a financial inclusion project to refugees in the urban Kampala at their offices in Rugaba recently.
Timothy Etoori, the executive director UGAFODE Microfinance Limited (MDI) says the one- year pilot program will benefit urban refugees.
"The pilot program has started in Kampala with the intention to draw in as many refugees as possible. After assessing its success, they will scale it up to other settlement," Etooro said.
According to data by InterAid Uganda, there are about 53, 832 refugees living in Kampala. The refugees are situated in all the five divisions of Kampala but majority are in Makindye and Rubaga. Daily records show that some spread as far as the neighboring districts such as Luwero, Wakiso, Mukono and Kayunga.
InterAid Uganda is mandated to implement the urban refugee program and also provides livelihood training.
Samuel Muiri Wangalwa the executive director, InterAid Uganda says they offer vocational skilling for refugees.
Since last year InterAid has skilled about 150 in tailoring. Additionally, they have a livelihood component that encourages refugees to form village savings associations.
"We train and equip them with hands on skills such as shoe making and tailoring. After skilling the refugee trainees require startup capital and we link them to financial institutions such as UGAFODE Microfinance Limited to offer them funds," Muiri explains.
The head of business growth and development UGAFODE, Rogers Kakeeto says they asses the refugees through the normal sieving process for all financial institutions.
"After the screening, refugees will access basic loans ranging from sh100, 000 to sh100m under the group lending methodology," Kakeeto explains.
Hannington Thenge another Business Growth and development manager says the interest rates will vary according to the products with the lowest at 4% on reducing balance per month.
Additionally, individuals are also open to access any amount of money provided they can provide the required collateral, Thenge notes and is quick to add that they are working on arrangements for those without collateral to access loans through a methodology of saving groups.
According to Etoori in the last five months since inception of project in January 2019, they have registered success with over 250 accounts opened up.
He however says the process of financial literacy assessment is slowing them down yet it is important that the refugees are taken through basic training and get to know the implication of not remitting their loan payments. 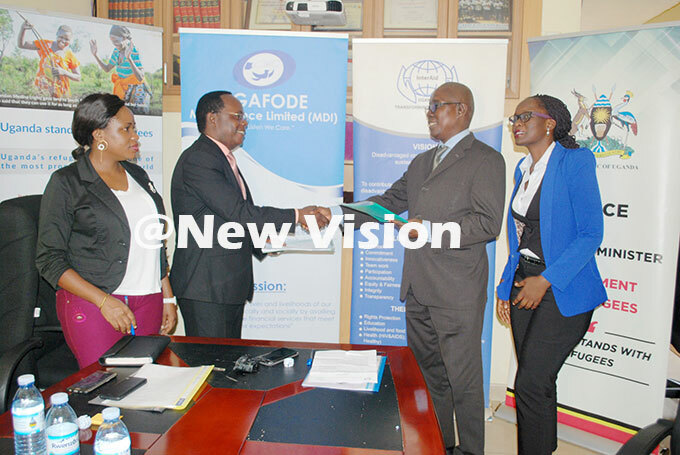